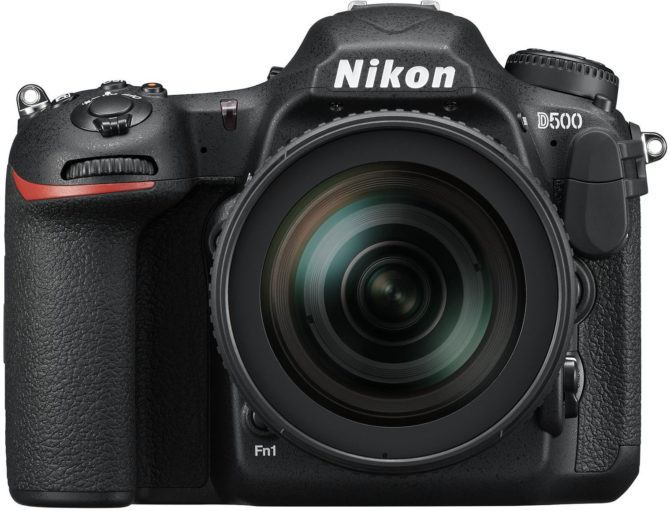 While the camera does indeed offer Wi-Fi, it can only be utilised via Nikon’s new Bluetooth connected SnapBridge system. At the moment, SnapBridge is only available to owners of compatible Android devices, with an iOS version not scheduled for release until later in the year.

Much of Nikon’s marketing for this camera has gone on about Wi-Fi and other connectivity, leading many consumers to believe it operates in the same way that it has with other bodies that also feature built in Wi-Fi, like the D7200 and D750.

I’d assumed as much myself, but hadn’t really looked into it much.

This camera’s built-in Wi-Fi® capability can only be used with a compatible iPhone®, iPad®, and/or iPod touch® or smart devices running on the Android™ operating system.

The Nikon SnapBridge application must be installed on the device before it can be used with this camera.

The label on the D500 box also indicates that the camera is compatible with Applie devices, implying the functionality was already available.

The problem is that right now, there are no compatible iPhone, iPad or iPod touch systems.  This essentially means that unless you own one of those compatible Android devices then, for all intents and purposes, the D500 does not have Wi-Fi.

If you can’t use it, it might as well not be there at all, and this seems to be the principle on which Andreas V.’s argument is based.

Andreas V. has put forth that a simple firmware update would take very little time to develop and could enable Wi-Fi within the camera itself via the menu system, as it obviously already has the hardware built in or SnapBridge wouldn’t be able to utilise it at all, letting it fall in line with cameras like the D7200 and D750.

Nikon’s decision to allow control via SnapBridge is a smart one.  Using Bluetooth to turn WiFi on and off only when the camera needs it means increased battery life.  But, it does seem odd that they don’t have the option to override this ability and allow standard WiFi connection as they do in other bodies.

There is, of course, an alternate option, and one that Nikon were probably banking on people choosing, which is to buy the ridiculously expensive Nikon WT-7A Wi-Fi “grip” at $750. 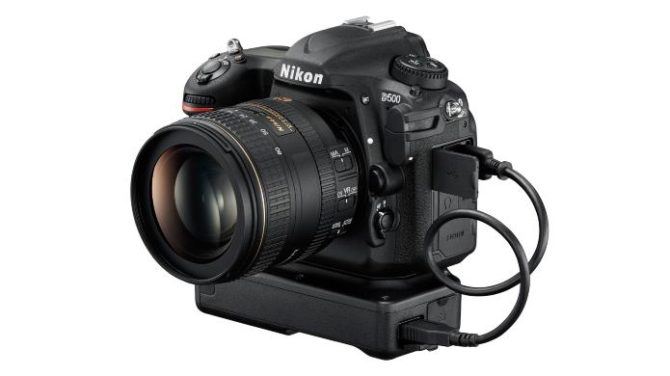 How anybody’s supposed to be able to comfortably shoot with that oddly shaped brick under their camera, I’ve no idea.  I had the Nikon WT-3 Wi-Fi grip for my D200 when I used to shoot events, but at least that was practical and shaped like the regular MB-D200 grip.

Nikon responded by offering to take back the D500 and issue a full refund, on the “Well, if you don’t like it, nobody’s forcing you to use it” principle, but there are bigger potential issues here.

Nikon seem to have intentionally crippled the D500 in order to justify the cost and even existence of the WT-7A grip, which offers features that could be easily implemented into the camera itself. and this could lead to bigger legal problems for Nikon in some countries given how the camera has been marketed.

They may simply be told to stop misleading potential customers and change their advertising message, or they may be forced to deliver the features they’ve implied.  Or it may fizzle out to nothing.  Only time will tell.

Personally, I wasn’t anticipating WiFi functionality being a big feature for me anyway, so I’ll still be picking up a D500 at some point.  But it’ll be interesting to see how this one plays out, and also what users and regulators in other countries may do following this lead.

Certainly the Advertising Standards Authority here in the UK would usually jump straight on something like this should they receive a similar complaint.

You can read the full article (sort-of translated by Google) over on Fotografie (German).

What do you think?  Is it right that Nikon might’ve intentionally crippled a camera in order to make you pay more for a Wi-Fi “grip” that you don’t necessarily even need?  Or is this just business, shut up and stop moaning?  Let us know your thoughts in the comments.

“If you love what you do, you’ll never work a day in your life.” FALSE.