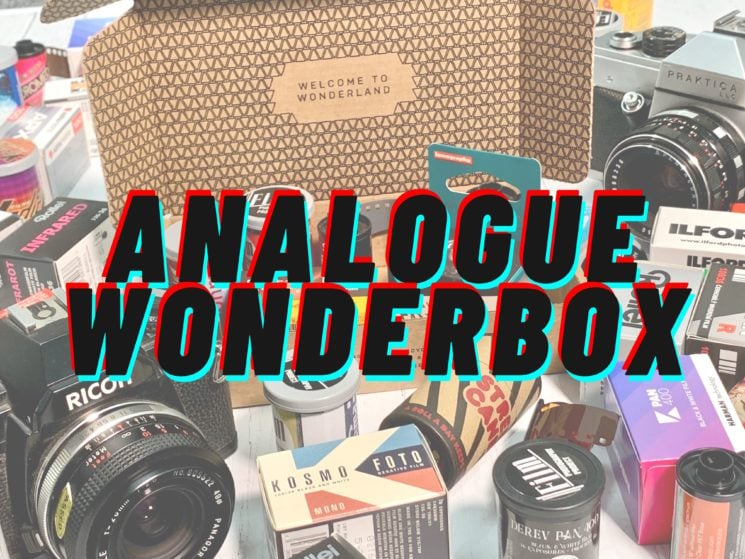 Whenever you’re starting something new, it can be pretty overwhelming. “Where do I even start?” “How should I do this?” There are so many questions. Well, the WonderBox has decided to help you answer them with its 35mm film subscription service. You can subscribe and get a selection of 35mm film delivered straight to your door every month.

WonderBox is designed both for both first-time film photographers, but also more experienced ones who want to advance their knowledge and experience. The team behind WonderBox wants to capture and share film photographers’ enthusiasm and form a community. But they also want to help people learn and enjoy new films, as well as discover some lesser-known jewels of the analog world. Each monthly box will contain three films, and you’ll get six films delivered to you every two months. 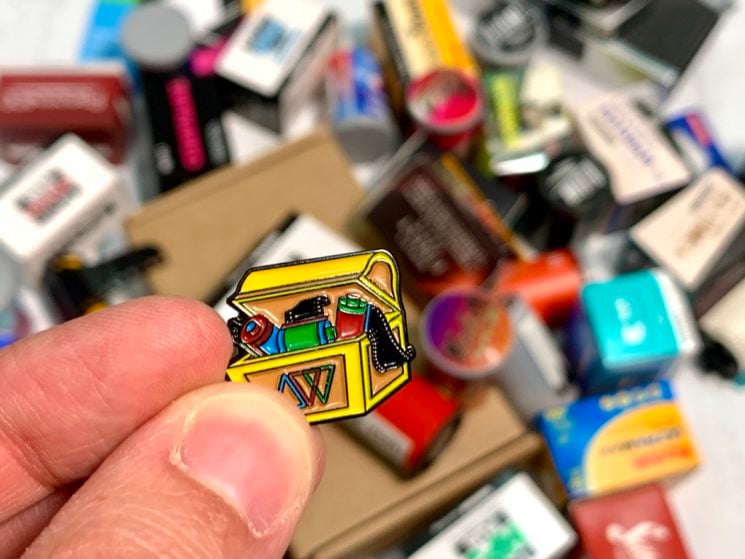 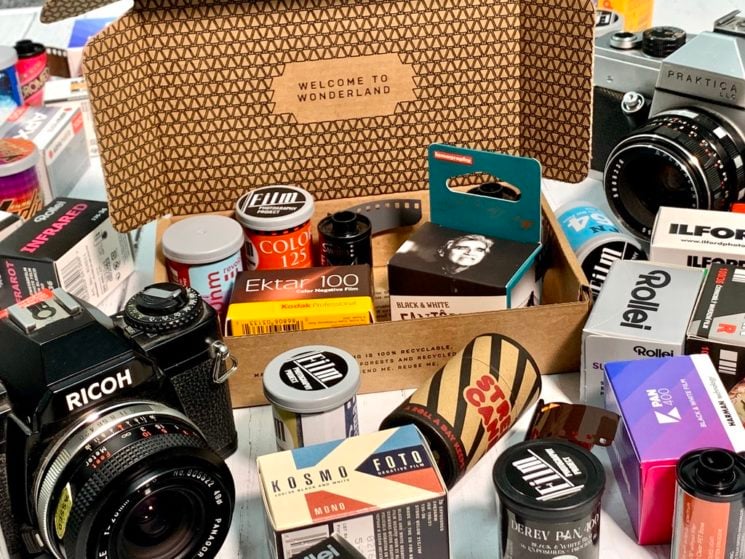 “By curating a small selection of films to arrive at homes around the world each month – and releasing weekly content with top tips for those films – photographers will quickly get to grips with some of the the creative differences between B&W and colour; negative and slide; infrared and redscale; Kodak and Fujifilm; and so much more. We will also run a rolling monthly competition for subscribers to share back some of their favourite shots and experiences from recent WonderBox films!”

So, here’s how it works: 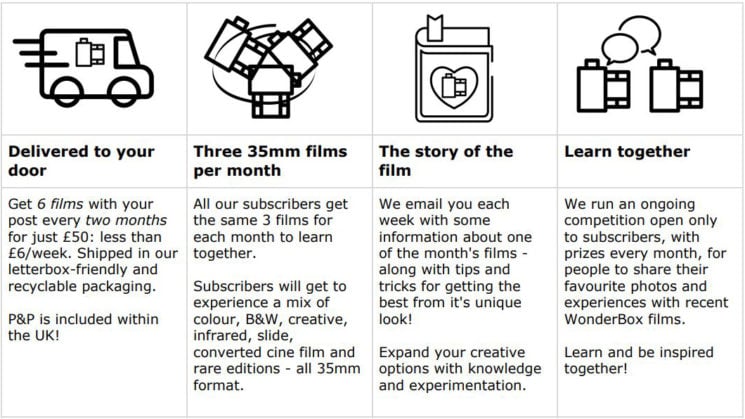 Spoiler alert: The September and October boxes have already been assembled, so if you like surprises, don’t look at the table below. :) The boxes will contain: 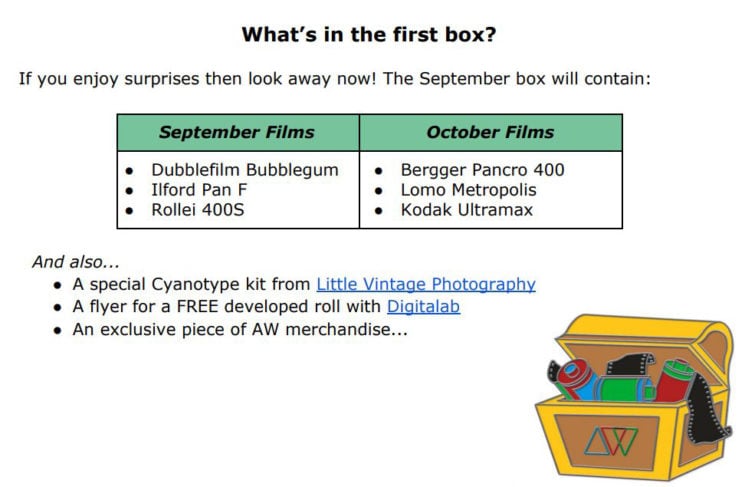 This sounds like a fun and practical way to get your film photography passion going. If you’d like to read more, you can find all the FAQs here. And if you want to subscribe to your monthly dose of film, you can do it here for the price of £50 (~$65).

Use these seven tips to help you get started shooting film

« Watch: Monkey steals a man’s phone and takes a bunch of photos
Sigma still has no idea when they’ll release a full-frame Foveon camera »