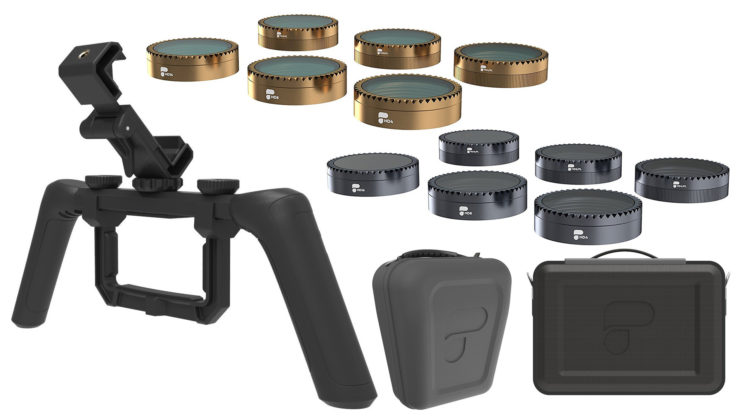 Well, we knew it wouldn’t be long before the DJI Mavic Air accessories started to appear, especially if PolarPro have anything to do with it. PolarPro has now released the new DJI Mavic Air versions of their cinema filter series. These include neutral density and polarising filters to help provide more control over shutter speed, glare and saturation. They’ve also announced a couple of new cases, as well as a DJI Mavic Air version of their popular Katana system.

So, let’s take a look at everything. There are two types of filters, the standard and cinema series. The PolarPro DJI Mavic Air Standard Series includes six filters for $99.99. These include ND4, ND8 and ND16 neutral density filters as well as combined ND4/PL, ND8/PL and ND16/PL polarised neutral density filters. They come in a hard case, and replace the stock UV filter on the Mavic Air. They’re not compatible with the Mavic Pro/Platinum models.

The second type of filters are the Cinema Series, and these are split up into three separate packages. The Shutter Collection costs $79.99 and contains ND4, ND8 and ND16 multi-coated glass filters for optimal clarity.

The Vivid collection costs $79.99 and is also made from the same multi-coated glass, and contains the ND4/PL, ND8/PL and ND16/PL Cinema series filters.

Or, you can buy all six of the above Cinema series filters together in a single pack for $149.99, saving you about $10 on the combined price.

Also amongst the new Mavic Air offerings are two carrying cases. The Minimalist Edition fits the Mavic Air, remote, charger, charger hub, three extra batteries, a set of filters and cables for only $29.99. The Rugged Edition costs $49.99 and fits all of the above, plus an extra battery. It’s a little bigger on the outside, but it contains a lot more padding inside to help protect your kit. It also has a removable shoulder strap, zippered top pouch for cables and is water resistant.

And finally, there’s a new Katana in town. Handheld shooting with the Mavic Pro has proven to be quite popular. Especially since DJI themselves used the technique to help launch the Inspire 2. PolarPro released the Katana for the DJI Mavic Air to turn it into a 4K handheld gimbal camera. Now, they’ve updated it for the Mavic Air. If you don’t already own the Katana, you can buy the complete system for $49.99. If you already own the Katana for your Mavic Pro, you can buy just the cradle to hold the Mavic Air in your existing top handle for $24.99 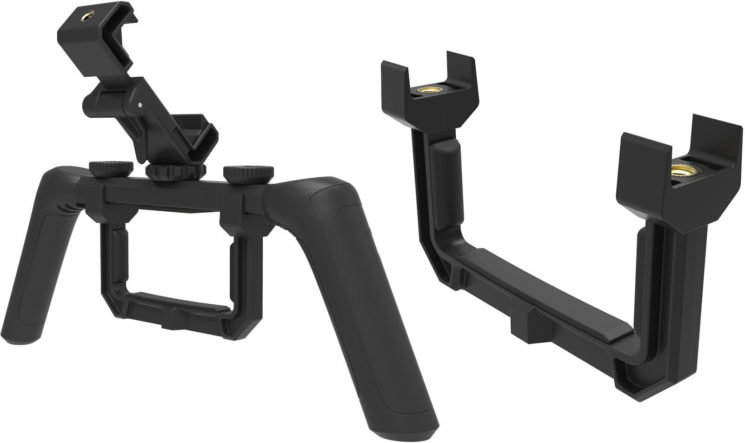 Aside from the drone itself, that’s all the tools one needs to turn the Mavic Air into a fantastic filmmaking tool.

All of the items are available to order now and should begin to ship over the next few days.