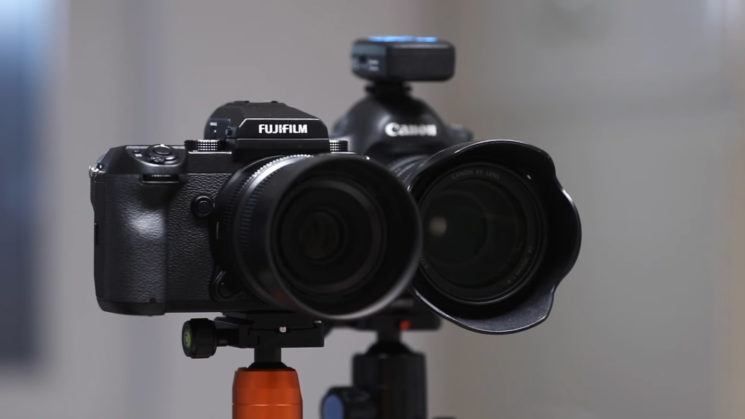 When the 36MP Nikon D800 was originally released in 2012, it was hailed as the “medium format killer”. Well, medium format has not only survived, but seems to be thriving. It’s even started to make its way into slightly less expensive markets thanks to the introduction of the Hasselblad X1D and Fujifilm GFX 50S. They’re both 50MP cameras, but how do they compare to a 50MP 35mm sized sensor DSLR?

That’s what this brief review of the GFX 50S and comparison with the Canon 5DS R from photographer Daniel Jannes is all about. To see if there really is much of a difference. And, if there is a difference, is it enough to justify almost double the cost?

The video starts off with the review section. And the camera seems as impressive as the price tag would suggest. That being said, it’s certainly not a camera that suits the needs of all photographers. If you want to skip the review part of the video, then go ahead to 4:40 into the video.

It’s only going to give you 3fps at most, which drops to 1.8fps if you’re using the electronic shutter rather than the physical one. So, sports and fast action isn’t likely. Like Hasselblad’s X1D there’s no 4K video, either. It’s limited to 1080p, and it’s AVC/H.264. So it’s not likely to compete with smaller sensor cameras capable of 4K and 10Bit ProRes video, either.

Where it does shine, though, is when you slow the pace down a little. Landscapes, still lifes, macro, portraits and fashion. Which, as it happens, are exactly the genres the 5DS R markets itself to. So, how do the two compare? 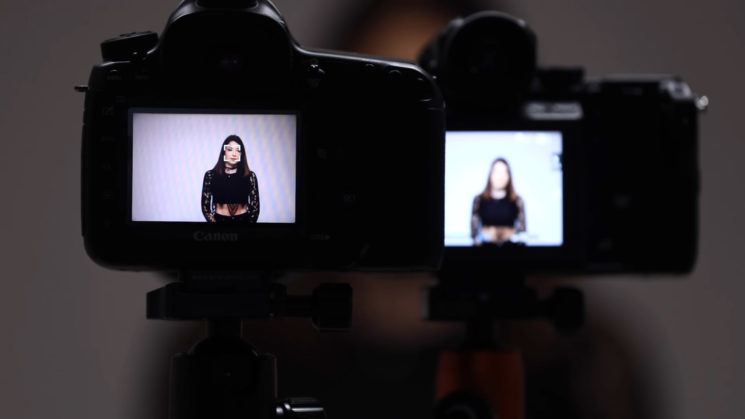 On first glance, the differences don’t look that massive, especially on each camera’s LCD. Although, Daniel does say that the 5DS R does present a little warmer than the Fuji. Where you really see the difference, though is when looking at them full resolution on a decent monitor.

For the tests, Daniel uses a Canon 24-105mm f/4L USM on the 5DS R, while the GFX 50S sports the Fuji GF 63mmF2.8 R WR prime lens. Some might say the f/4 zoom vs f/2.8 prime lens already skews the results somewhat in favour of Fuji, but we shall continue.

Daniel’s first test is outdoors, to get some detail on the side of a tree. Not exactly thrilling subject matter, but it does quickly demonstrate some of the differences in tone and detail. The Canon shot is showing noticeably brighter than the Fuji, but the amount of extra detail it records is quite striking. 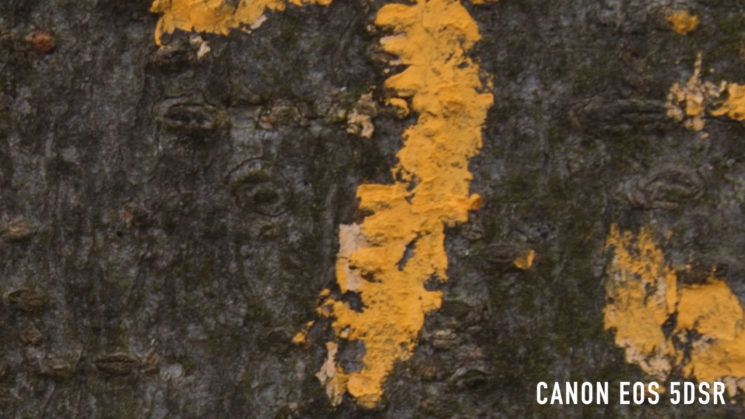 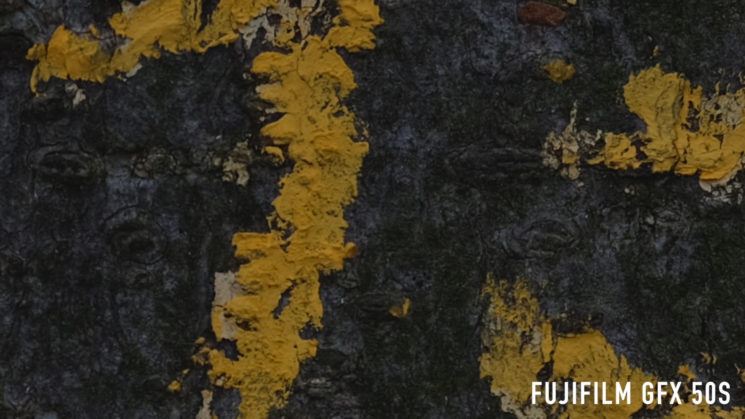 At ISO3200 and f/4 in an outdoor setting, the differences can become noticeable rather quickly. In the studio, stopped down to f/8 and shooting with flash, the sharpness between the two systems looks pretty close – until you get them up on the big screen. 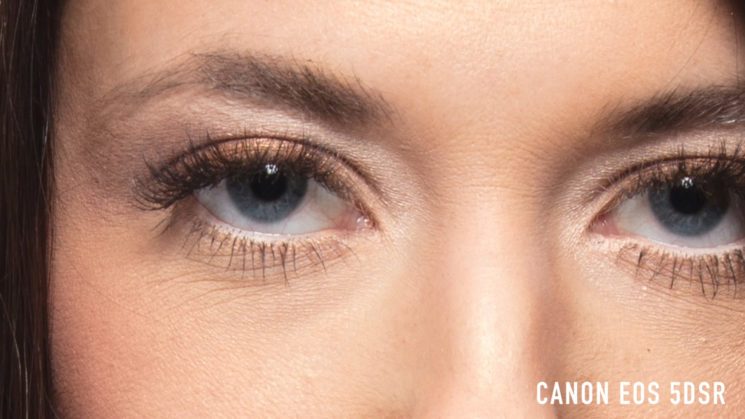 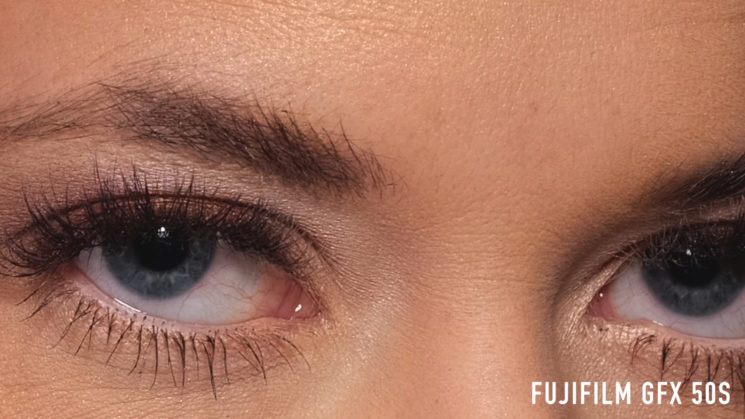 James notes that where you do immediately see a difference is with the dynamic range and tonal quality. This will help to prevent blowing out of hotspots on your subject’s skin and provide a more natural tone.

He was particularly impressed with the GFX’s autofocus system, which can operate in either 117 or 425 AF point mode. But, it does struggle under low light conditions. This could be a problem in the studio where your room lights are dim to prevent them interfering with the light from the flash during the exposure. 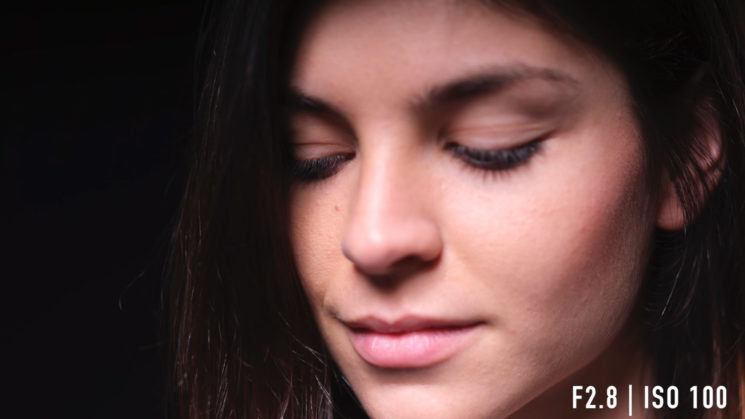 Overall, the differences shown in the video do seem quite drastic. But I do have to wonder how much of that boils down to lens choice. I wonder if we’d see the same results had Daniel used something like the Sigma 35mm f/1.4 Art prime on the 5DS R instead of the 24-105mm f/4L zoom.

Whether the difference in price is worth it for the advantages it may offer will boil down to you and your needs. For some it will be very worth it, while others will see no benefit whatsoever.