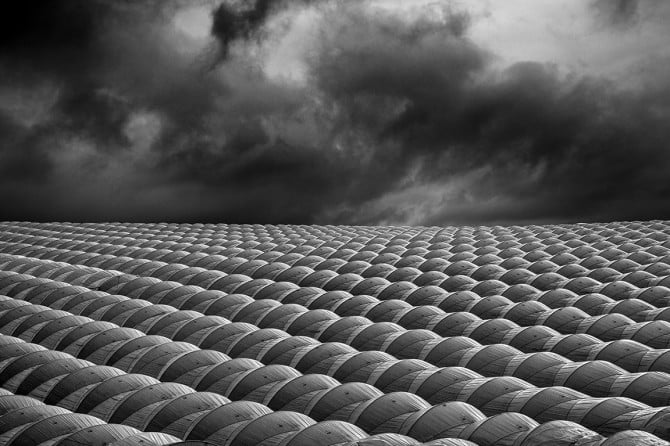 Great images do not come about because of equipment and processes, but rather from Vision that drives these tools to do wonderful things. What good are great technical skills if you don’t have an idea worthy of them? 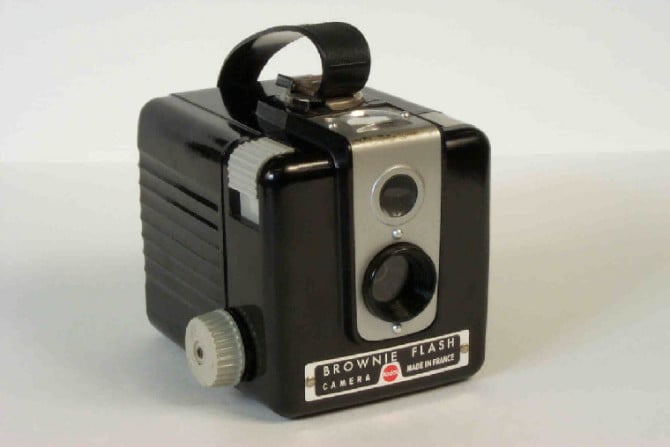 A lot of people ask: “How do I go about finding my Vision?” I’m not sure I can answer that for everyone, but here is how I discovered mine:

Several years ago I was attending Review Santa Fe where over the course of a day my work was evaluated by a number of gallery owners, curators, publishers and “experts” in the field. 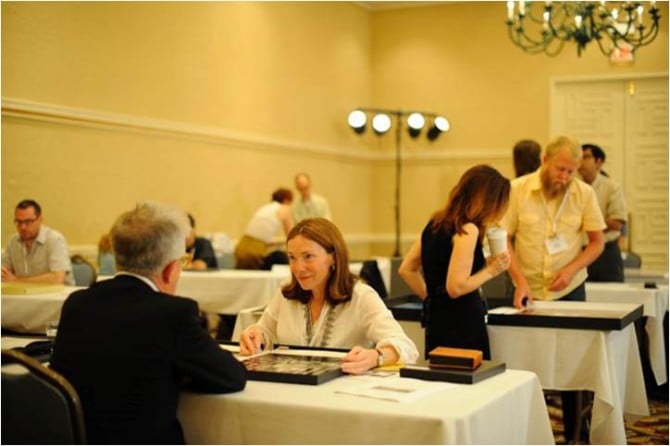 During the last review of a very long day, the reviewer quickly looked at my work, brusquely pushed it back to me and said “It looks like your trying to copy Ansel Adams.” I replied that I was, because I loved his work! He then said something that would change my life:

“Ansel’s already done Ansel and you’re not going to do him any better. What can you create that shows your unique vision?”

Those words really stung, but over the next two years the message did sink in: Was it my life’s ambition to be known as the world’s best Ansel Adams imitator? Had I no higher aspirations than that?

I desperately wanted to know if I had a Vision, but there was a huge problem: what exactly was Vision and how did I develop it? 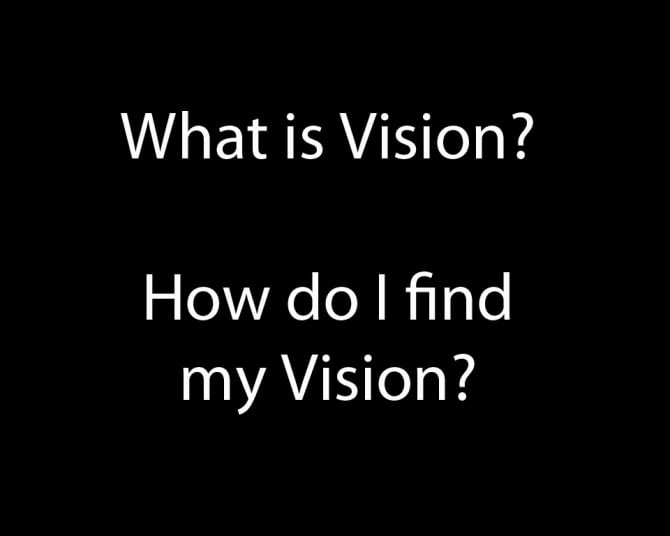 I researched Vision but I couldn’t relate to the definitions and explanations that I found. Was it a look, a style or a technique? Was it something you were born with or something you developed?

And then there was the nagging doubt: what if I didn’t have a Vision? I feared that it was something you either “had” or you “didn’t have” and perhaps I did not?

And how was I to go about finding my Vision?

With so many unanswered questions and with no idea on how to proceed, I simply forged ahead with what made sense to me. Here is what I did:

I took 100 of my best images, printed them out and then divided them into two groups: the ones I REALLY loved…and all the rest. I decided that the ones that went in the “loved” pile had to be images that “I” loved, and not just ones that I was attached to because they had received a lot praise, won awards or sold the best. And if I loved an image and nobody else did, I still picked it.

I committed that from that point on, I would only pursue those kinds of images, the ones that I really loved. Too often I had been sidetracked when I chose to pursue images simply because others liked them.

I started practicing Photographic Celibacy and stopped looking at other photographer’s work. I reasoned that to find my Vision, I had to stop immersing myself in the Vision and images of others.

I used to spend hours and hours looking at other photographer’s work and would find myself copying their style or even their specific images. I knew that I couldn’t wipe the blackboard of my mind clean of those images, but I could certainly stop focusing on their Vision and instead focus on mine.

I embarked on a mission to simplify my photography. In the past I had focused on the technical and now I was going to focus on the creative. I disposed of everything that was not necessary: extra equipment, gadgets, plug-ins, programs, processes and all of those toys we technophiles love. I went back to the basics which simplified my photography, gave me more time and it reminded me that I wanted to put more focus on my creative abilities.

I ignored the advice that well intentioned friends and experts gave me. So much of this advice had never felt right for me and I was torn between following their recommendations or my own intuition. In the end I decided that only by pleasing myself could I create my best work, and that no matter how expert someone was, they were not an expert about my Vision or what I wanted.

I worked to change my mindset from photographer to artist. I had always thought of myself as a photographer who documented, but I could see that this role was limiting and the truth was that I wanted to be an artist that created.

To help me make this mental shift I started calling myself an artist (I felt like such a fraud at first) figuring that I must play the part to become the part. I also stopped using certain words and phrases, for example instead of saying “take a picture” I would say “create an image.”

That may seem like small and inconsequential thing, but it helped to continually remind me that I wanted to be an artist who created, and not a photographer who documented.

I questioned my motives and honestly answered some hard question such as: why am I creating? Who am I trying to please? What do I want from my photography? How do I define success?

It seemed to me that Vision was something honest and that if I were going to find my Vision, I had to be honest about the reasons I was pursuing it.

I stopped comparing my work to other photographers. I noticed that when I compared, it led to doubts about my abilities and it left me deflated. All I could see were their strengths and my weaknesses, which was an unfair comparison.

I decided that if my goal was to produce the best work that I could, then it did not matter what others were doing. I had to remind myself that this was not a race or a contest, I was not competing against others…I was competing with myself.

I made a conscious decision to stop caring what others thought of my work. I recognized that in trying to please others, I was left feeling insecure and empty.

At the end of the day, it was just me, my work and what I thought of it. As long as I cared what others thought, I was a slave and could never be free.

I re-read Ayn Rand’s novel “The Fountainhead” which I had first read at age 17. It has been one of the most influential books of my life because it gave me hope that I could become truly independent, that I could think for myself and define my own future. I know this book can cause strong reactions in people, both for good and ill, but it was a tremendous help in finding my Vision.

I really was proceeding blindly, but I believed that if I listened to my own desires, pursued what I loved and eliminated all other voices, I would learn something about my Vision.

I did this for two years and there were many times that I became discouraged and didn’t feel like I was making any progress. I didn’t really know what I expected to happen, perhaps I thought I’d have a revelatory experience where my Vision would suddenly appear in a moment of inspiration!

But that didn’t happen.

And then one day it just occurred to me: I understood…I understood what my Vision was.

It came in an anticlimatical and quiet moment of understanding, and after all of that worrying and angst…it now seemed so incredibly simple. Vision was not something I needed to acquire or develop, it had been there all along and all that I needed to do was to “discover” it.

Vision was simply the sum total of my life experiences that caused me to see the world in a unique way. When I looked at a scene and imagined it a certain way…that was my vision. 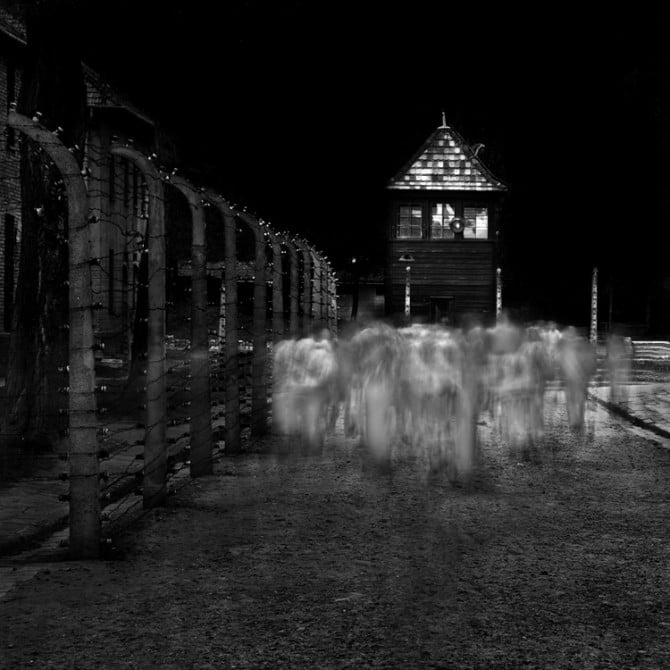 My Vision had always been there but over the years it had been buried by layers of “junk.” Each layer obscured my my vision until it was lost and I doubted my creative abilities. Some of those layers were valuing other’s opinions over my own, fear of failing, imitating others and creating for recognition.

Each time I created for external rewards, each time I put accolades before personal satisfaction, each time I cared what others would think…I buried my natural creativity under another layer until it was buried and forgotten.

Interestingly I came to conclude that Vision had little to do with photography or art and had more to do with being a well-adjusted, confident and independent human being. Once I had the confidence to pursue my art on my terms, and define success for myself, I was free to pursue my Vision without fear of rejection or need for acceptance.

Something else I learned about Vision: it is not a look or a style. It is not focusing on one subject or genre and following your Vision will not make your work look all the same. Vision gives you the freedom to pursue any subject, create in any style and do anything that you want. 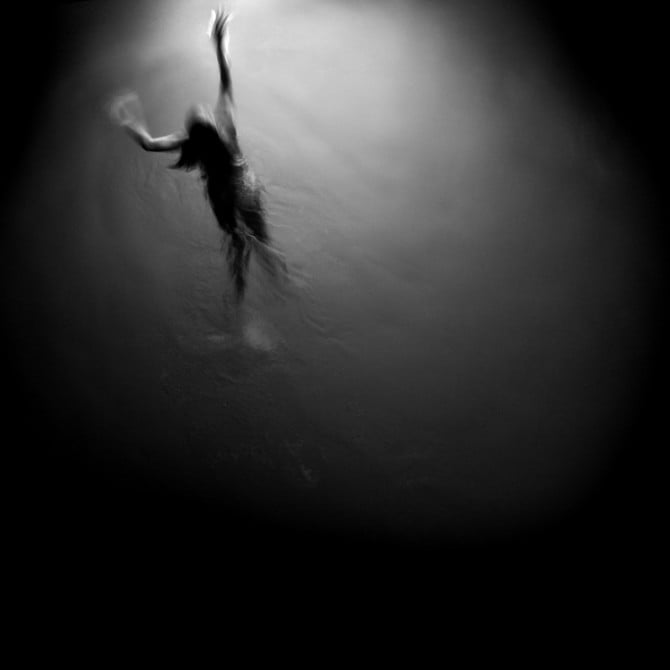 But finding my Vision was not the end of the journey, because now I had to follow it which was equally as hard. I am still tempted to create for recognition, to care what others think and to want to be acknowledged. It takes constant discipline to stay centered, to remember why I’m creating and to follow my definition of success.

If you could have known me before I found my Vision, you would have found a technician that doubted his creative abilities, a photographer who felt that it was wrong to “manipulate” the image, a person who sought the generally accepted definition of success: money, fame and accolades, and you would have found an insecure person who needed others to like his images in order to feel good about his work.

Thankfully, that person is gone.

While my initial search was for my Vision, what I really found was myself which allowed my natural Vision to flourish once again.

Cole Thompson is a fine art photographer, based in Laporte, Colorado, with a strong focus on Black and White Photography. Perhaps this quote from his about page describes him best: I am often asked, “Why black and white?” I think it’s because I grew up in a black-and-white world. Television, movies and the news were all in black and white. My heroes were in black and white and even the nation was segregated into black and white.  My images are an extension of the world in which I grew up. You can see more of Cole’s work on his main website and Black and White photography website. This article was originally published here.

How this three-principles editing template can help your creative vision
« NSFW: Woman Assaults Man on a Beach for Using a Quadcopter
Samsung NX300 Gets Hacked – Will Run Any Linux App »