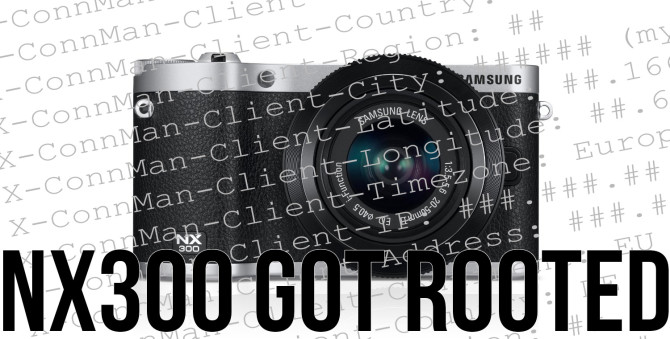 We have seen some major cameras get hacked and it usually makes them better. Magic Lantern made Canon better, Nikon Hacker added functions to Nikon, and Ptool added video Codex for Panasonic. Now it is the time for Samsung camera to get hacked.

Finally after a year and a half in the wild the NX300 got rooted. Getting rooted means gaining administrative rights to the camera and practically running any program on it.

Developer Georg Lukas went ahead and played with his new NX300, but he did not play with it like a photographer would, he played with it like an IT consultant would exposing the camera security weaknesses (of which he found quite a few). 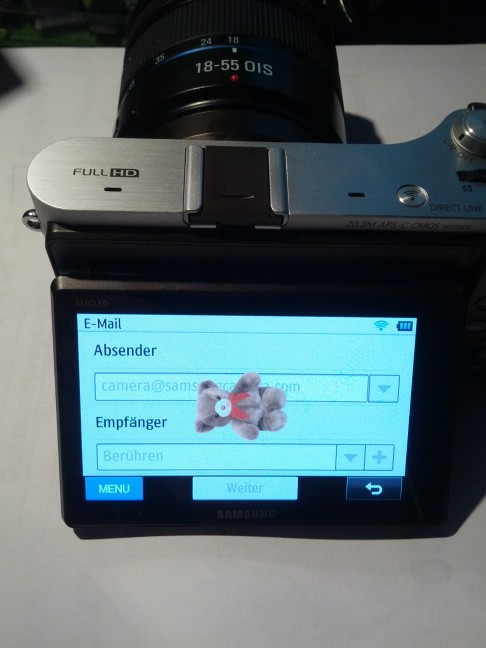 Among the exploits that Georg found are

What is Rooting a Camera and Why it Matters?

In the essence, rooting a device means gaining complete control over it. Georg rooted it by discovering that the camera always tries to run a specific file from the SD card and gave the camera a file with some instructions to make him the master.

So after Georg Rooted his NX300, he can basically run any command or program from the camera. This could be interesting in two very opposing scenarios:

The good scenario – The open source community improves the NX300

We know this scenario, we’ve been this path before with Magic Lantern, Nikon Hacker and Ptool. All proved to be great resources for photographers who wanted to get more of their gear than what the manufacturer allowed them. Either by deliberately blocking features, or simply not implementing what the community wanted.

Sadly, even rooting a camera is not the final outcome for such hackery. It is only the first step. The core functions of the camera are hidden inside a binary blub (for non techies this means that the code is there, but it is written in its purest form – a  bunch of 1’s and 0’s so you can’t really understand it or what it does).  But it does mean that this blub of code can be explored. This is how all firmware hackery began. I would love to see the same power of Magic Lantern brought into Samsung cameras.

The scary scenario – Your Camera is a backdoor

With the camera being so unsecured on one hand and having access to your home network on the other, it can be used by clever hackers to obtain access to otherwise protected data. One trivial scenario is to ‘digitally hijack’ the camera while the photographer is out of the house, than inject a Trojan virus to his home. Another trivial hack would be to simply browse all the pictures on a given camera without the owner ever knowing it.

Which will it be? I hope the first option.

[Hacking the Samsung NX300, part 2: Get Root via Hackaday]

« How I Found My Vision
The Dangers Of Urbex – Photographer Could Be Facing A Year In Jail And A 15,000 Euro Fine »