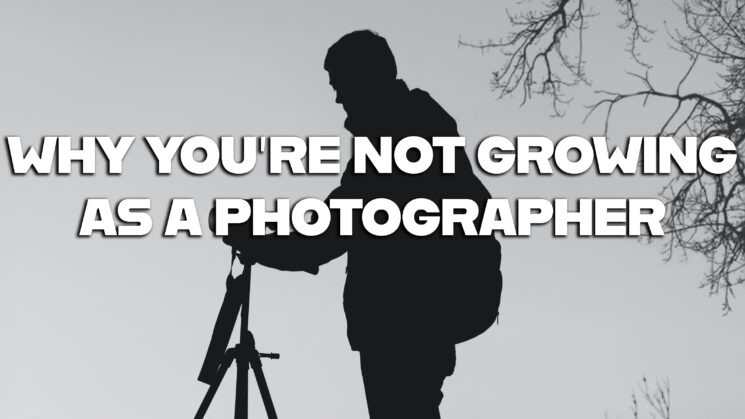 Sooner or later during our photographic journey, most of us feel stuck and as if we’re not going anywhere. It feels like we’re not making any progress and that nothing we do makes us better at photography. Sounds familiar?

Pete Coco gives you five reasons why progress just doesn’t seem to happen for you. And in my opinion, these are hard pills to swallow but they’re necessary for our “recovery.” Pete relies on his own experiences and shares some tips on how to overcome these obstacles and become better at photography.

When we start learning a new skill, we may become overly confident even when our knowledge and skills are still pretty low. This is all a part of the Dunning-Kruger effect, and don’t worry – it’s completely normal. As long as you’re curious, open to learning new things, and accepting critique, you’re on your path to becoming better.

However, some people stay stuck at this stage of feeling overly confident and not making room for improvement. They don’t accept constructive criticism and don’t actually want to improve. Instead, they just think of excuses or feel personally offended when someone offers an honest opinion or constructive criticism. If you recognize yourself in this, know that it’s fixable. But you need to work on yourself, think about why you can’t seem to accept criticism, find your insecurities, and face them.

2. You think you suck

The other group of people that don’t seem to go forward is on the exact opposite side of the spectrum. Instead of thinking that they’re great – they think they’re not. At all. This can also be one of the stages of learning and actually improving, but today we’re not talking about that.

This one was a “hard-to-swallow pill” for me personally. If I’m being completely honest with myself, I often get stuck not only in photography but in other things in life simply because I’m being lazy. Don’t get me wrong, we all get lazy sometimes, and we all need lazy days to rest from hectic everyday lives. In addition, my own “laziness” is sometimes not laziness at all, but the lack of will caused by depression.

However, when it is pure laziness that’s holding us back, there are ways to overcome it. Pete suggests creating a list of long-term and short-term goals and keeping it somewhere where you can see them often. This will keep your goals in your mind and inspire you to get things done.

I also tend to make lists of really small tasks that need to be done. Photography-related, this can be as small as charging my camera battery, cleaning my lenses, transferring photos to the computer… You get the idea. So when I recognize that I’m being lazy, I force myself to do one of these tasks – which often leads me to dive deeper into the project or even complete it.

4. You don’t know what you want

Ah, here’s another story of my life. Sometimes we think we’re being lazy, but what’s holding us back is actually not knowing what we want. In my case, I want too many things at once and I often end up doing none of them or doing most of them only partially.

Another problem is having a too broad idea of what you want. For example, “I want to be a good photographer” means so many things! If this is your idea, it’s making it difficult for you to know exactly what you want to achieve and in which direction you want to go.

So, the first step is to figure out exactly what you want to achieve as a photographer. For example, you like live music. You could be a concert photographer. Think about what types of concerts and shows you want to shoot, which bands, and even the kinds of venues. Once you figure this out, you can work on that list of goals mentioned above and start to make progress.

5. You don’t believe you can do it

Okay Pete, now I feel attacked. :) Once you figure out your desires and goals, it’s essential that you believe that you can achieve them. Because if you believe you can’t do it – you can’t. It’s as simple as that. This may be overly simplified, but it’s the truth.

No one has to believe in you but yourself in order to succeed. And if you believe that you aren’t capable of achieving your goals, it’s time to change that mental paradigm. I know it’s easier said than done (trust me), and the best thing I can suggest here is psychotherapy. It will help you learn how to believe in yourself and above all, how to be kinder to yourself.

[5 Reasons You’re Not Growing As A Photographer – If You’re Feeling Stuck Watch This! | Pete Coco]

Growing plants “dance” to jazz in this satisfying timelapse