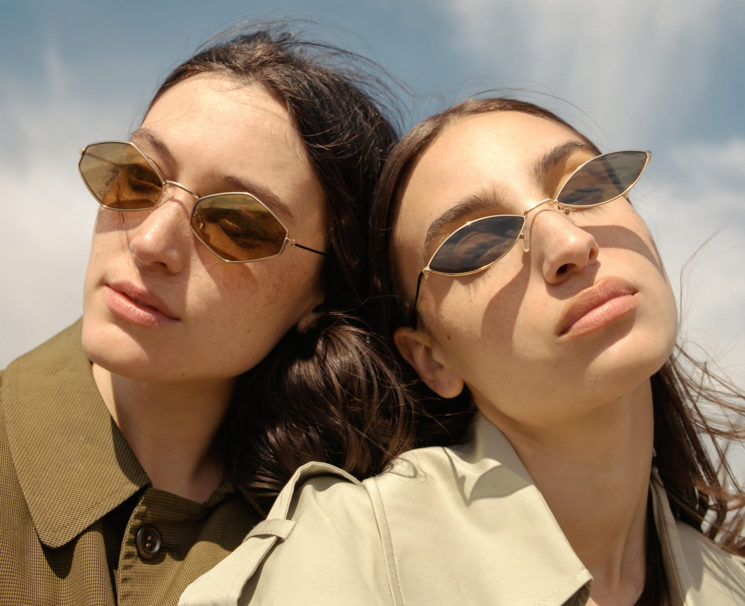 The fashion industry is confusing. Here’s a list of some common fashion photography lingo that you should know.

Agent: A person who represents and promotes an artist (in this case a photographer) and acts as a liaison between the artist and a client.

Aperture: A measurement of the opening of your lens allowing light to come into the camera. It helps control your exposure. A wide aperture (f/2.8) allows more light in while a small aperture (f/11) allows less. If it’s darker out, open up that aperture, baby!

Call Sheet: A document with a daily schedule for the cast and crew of a shoot.

Call Time: The time you need to arrive on set. Can be different for different team members.

Commissioned: If a client or magazine reaches out to you to create a certain shoot, editorial, or photograph for pay, it’s commissioned. For example: Britney Spears commissioned me to take her portrait.

Comp Card: This is a card that models (and actors) use for marketing or networking. It often times has some recent portfolio images of them and their information. It’s sort of like a giant business card.

Creative Director: The person in charge of planning and guiding the creative decisions of a shoot. They often determine the overall look and style of a shoot, as well as decide which shots to take and use for the future campaign, look book, etc. They can also be called the Art Director. If you’re planning your own shoot, you take on the roll of a creative director.

Editorial: A series of images based on a theme that is published in a magazine (online or print). It usually consists of 5+ different looks and is laid out as a story. Editorials are generally unpaid, and the team works in exchange for exposure or new portfolio images. Katie + Joe words for editorial include: edi, eddie, eddee.

Hot Light: A continuous studio light (continuous meaning always on as opposed to a strobe which flashes each click of the shutter). We use this kind of light.

ISO: ISO (aka ASA) is a camera setting that measures the sensitivity a sensor or film has to light. A lower ISO (160) is less sensitive to light, so it works for bright lighting, while a higher ISO (1600) is more sensitive to light and therefore is great for working in dimly lit environments. Higher ISOs can often times be grainy.

Look book: A collection of photos created to show the designer’s collection for the current season. Sometimes we think of it as a low-key editorial more focused on showcasing the clothes for consumers.

Mood Board: A collection of images that express the overall direction and inspiration for a shoot. They often contain images for the desired type of hair, makeup, wardrobe and even lighting on a shoot. A mood board gives the entire team a peek into your head (vision).

On Location: A way of saying your shoot is out in the wild or simply not in a studio. When we’re out in the woods shooting, we’re out “on location.”

Polaroids/Digitals: these are natural photos of a model often times taken in their agency by their agent to show what they look like without a ton of makeup and styling. It shows them as a blank canvas. “NEW DIGIS!”

Producer: This is the person that makes everything happen on a shoot. They cast the team, handle the crew, plan all the details down to location, permits, catering, contracts, etc. All this stuff falls under what’s called “pre-production.”

Pull: This refers to the act of gathering wardrobe and accessories from brands or showrooms for a shoot. An official pull implies you’re borrowing the clothing – it’s not the same as buying and returning clothing.

Pull Letter/LOR: A pull letter or letter of reference/recommendation/responsibility is a letter that is given by a publication to a photographer that states, “we endorse this project or editorial, so please let these guys pull some sweet sweet wardrobe.” Designers and showrooms are more likely to lend you clothing if you have this.

Recce: (short for Reconnaissance) Visiting a location before a shoot to become familiar with it. Same thing as “scouting.”

Scouting: Seeking out an area or studio for the location of a shoot. Usually involves visiting the place to get a feel for how the lighting works there or how it could be used for the shoot.

Seamless: Seamless refers to a seamless backdrop usually a large paper roll rolled out onto the floor.

Selects: The images that are chosen for an editorial, look book, or campaign. The chosen ones.

Strobe: a powerful, off-camera flash used in a studio. Usually plugged into the wall or powered by a battery.

Test Shoot: A shoot intended for portfolio building (often times for a new model) or to test out a new team member. Sometimes unpaid, sometimes paid.

Tethered: If you’re shooting “tethered”, you’re connected to a computer or tablet allowing the client and other people on set to view the photos as you shoot.

Trade Shoot (TFP): “Trade for print.” Another type of shoot intended for portfolio building. All parties are shooting in exchange for photos. For example, “I’ll trade you my photographic skills for your modeling skills, so we can make some cool photos.” Please don’t say this to anyone.

Katie and Joe Bauer are a husband and wife photography team currently based in Portland, Oregon. You can find out more about them on their website and follow their work on Instagram. They also have an educational website where they offer tips and insights into the world of fashion photography. This article was also published here and shared with permission.