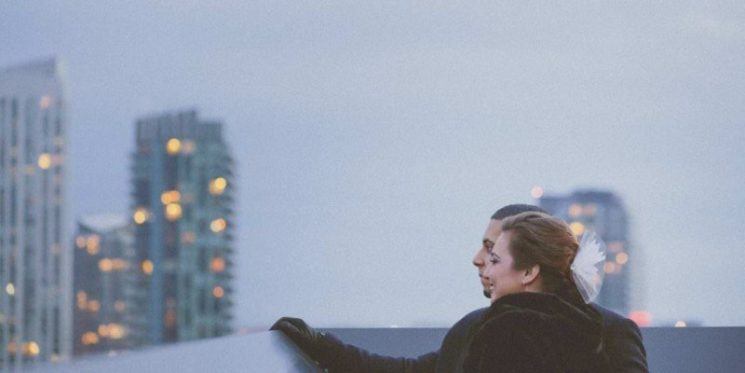 Two years ago, I published an article that took a lighthearted approach to making fun of the major wedding photograph image processing trends of the day. In today’s post, I will discuss the vintage film look at length.

Very broadly speaking, the faded vintage film look is a digital image editing technique that does one or both of the following: raising the black level or lowering the white level of a picture to compress the tonal range of the photo, making it narrower. The effect is most frequently applied to the black levels.

Optionally, the faded vintage “film look” can superimpose simulated film grain over the result for additional effect. The visual style this creates has been around since the dawn of photography; however, it was most common in consumer and Polaroid prints. Its popularity in digital lifestyle and wedding photography exploded alongside the rise of Instagram, and later VSCOcam, which sells photo filters via their mobile app and “film look” simulation presets for Adobe Lightroom. 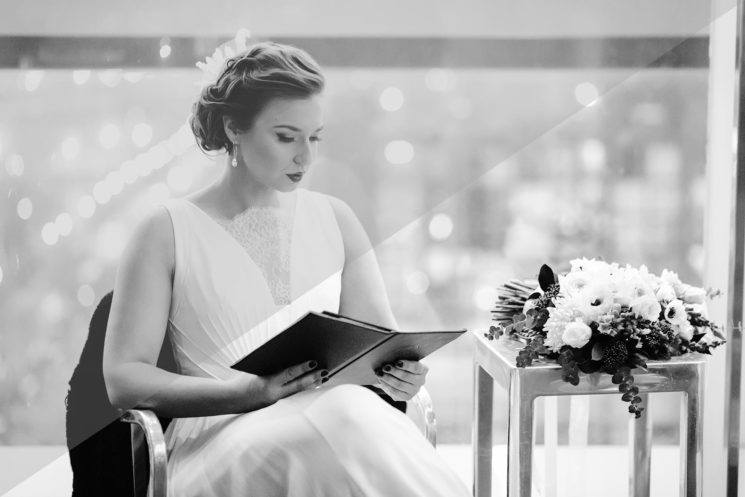 Notice how the both the dark and light tones are shifted further into grey, which causes the image to lose clarity. It’s like looking at a great photo through a dirty filter.

The current crop of lifestyle and wedding photographers are enamored with the faded vintage “film look” in their digital images. In addition to other tweaks, most “film look” simulation software packages and presets rely on the subtle and not-so-subtle use of fading to raise the darks and lower the highlights. This exploits a commonly held belief and expectation that the film should appear slightly faded.

It also lowers the total contrast, which can help photos with large variations in luminosity appear more pleasing to the eye. It can also trick the viewer into believing that an otherwise underexposed image is not as underexposed because the total lightness levels have been raised. Fading, as an editing technique, has its uses; for instance, I use the technique to fade highlights in photos where I prioritized exposure of the subjects’ faces in favor of preserving highlights. By lowering the peak white levels of an image and perhaps and applying subtle grain (for texture), the image becomes more pleasing because the overexposed areas are no longer as obvious and devoid of detail. 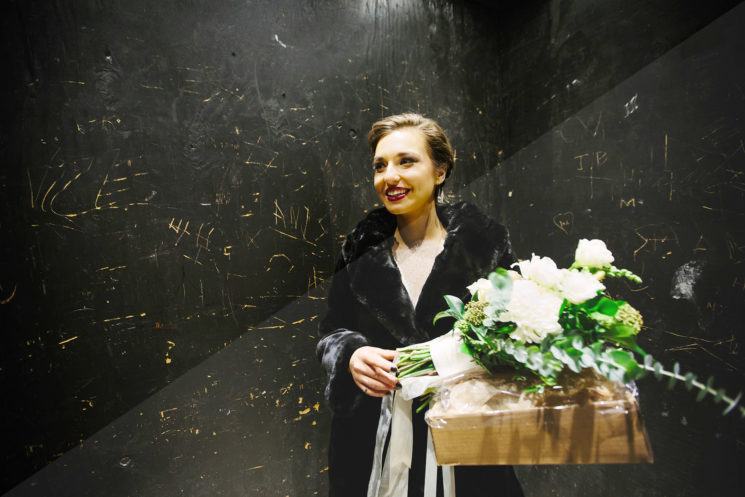 The “Faded” Look is not an Inherent Quality of Film Photos

There is another problem with the faded vintage look that stems from a misunderstanding of what caused that “film look”: if exposed and printed correctly, film photographs will not have a faded appearance. The faded look found in the prints developed at consumer photo labs was not because of a quality inherent to the film. It was caused by most consumers’ inability to shoot properly exposed photos.

The technicians in the consumer photo labs of yesteryear performed several beneficial adjustments when printing from thin (i.e., underexposed) negatives to make the resulting prints more presentable. One such adjustment involved fixing an underexposed negative by overexposing the print onto which it was projected. The technique was used in an attempt to salvage any detail lost in the shadows.

As a result of this overexposure of the print, dark tones were raised and true black was lost. In effect, this faded the photograph. Properly exposed photos did not require such treatment and maintained good contrast throughout the depicted scene. 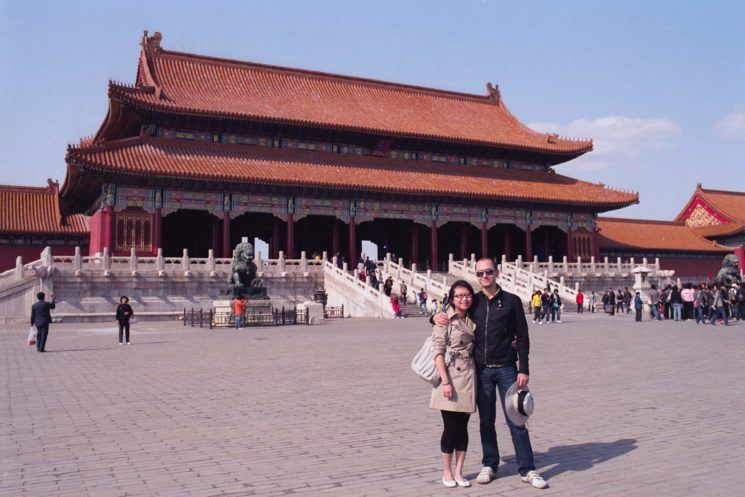 This is a photo of my wife and me in Beijing’;s Forbidden City in 2010. The photo was shot using Kodak Ektar 100 and scanned using a Nikon Coolscan 5000. There are certainly clues that this is film, particularly Ektar, such as the magenta cast to the sky and the vivid reds. However, there is no faded vintage film look to be found. 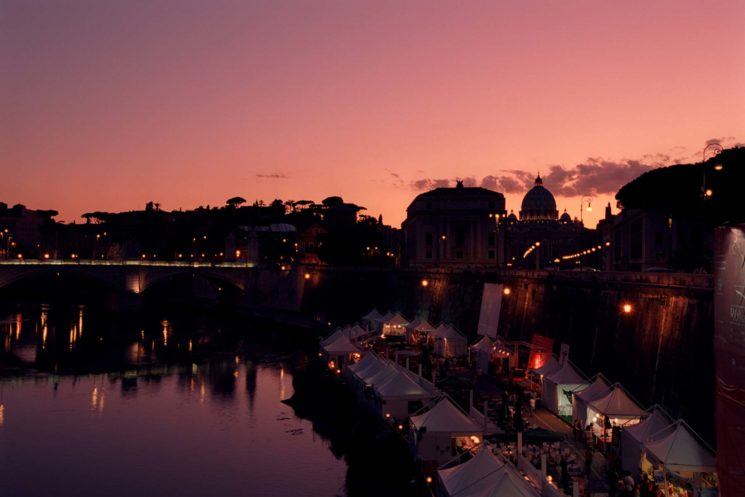 This shot of Rome during twilight was also captured on Ektar 100 film and is a better example of how proper exposure during capture, even in dark scenes, negates any fading. The image has rich blacks and vivid highlights.

In essence, when pushed to the extreme, the faded vintage “film look” trend is imitating the results of a technique used by photo lab technicians to correct underexposed photographs. Considering the leaps and bounds in image quality achieved by photographic technology over the past fifteen years, it is very unfortunate that we still have trend-following me-too wedding photographers recreating the aesthetic of bad technique from decades past.

Perhaps the next big trend in wedding photography will take inspiration from the 80s “brandy snifter” trend. What’s old is new again, am I right?

Pavel Kounine is a documentary wedding photographer in Toronto. You can follow him on Facebook or Instagram. This article was originally published here and shared with permission.

Black & white film reversal process – how to turn your negatives into film positives
« How is photography similar to a relationship?
This campaign promotes pet adoption through brilliant optical illusion photos »