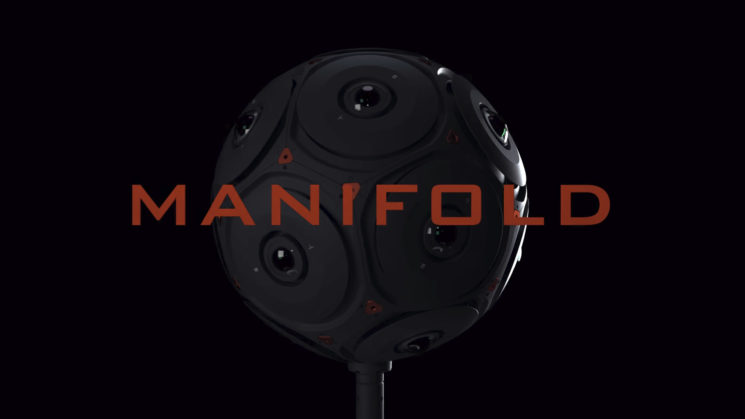 You know we’re at peak levels of crazy when somebody shoves 16 8K RED Helium sensors into a single camera. But that’s exactly what Facebook and RED have done with the new Manifold 360 camera.

Designed for “immersive cinematography”, the Manifold allows RAW video capture from all 16 cameras at 8K resolution and 60 frames per second each simultaneously. Oh yeah, it’s way out there.

Last May, Facebook and RED Digital Cinema announced a collaboration to build the world’s first end-to-end solution for 3D and 360 video capture. Today, we’re excited to reveal a first-look at the Manifold camera. Read more about it here: http://facebook360.fb.com/2018/09/26/film-the-future-with-red-and-facebook-360/

Manifold captures multiple camera angles simultaneously from within a given volume, enabling infinite perspectives to be generated from any direction within a field of view.

Filming the Future with RED and Facebook 360 – Manifold in Action

Manifold captures multiple camera angles simultaneously from within a given volume, enabling infinite perspectives to be generated from any direction within a field of view. Read here: http://facebook360.fb.com/2018/09/26/film-the-future-with-red-and-facebook-360/

Basically, it captures an entire scene in ultra high resolution and then, using something akin to photogrammetry, rebuilds the scene in 3D, remapping all of the original footage on top. This allows for panning and zooming at any angle, but also some degree of camera movement after the fact.

Picture standing inside of a Hollywood blockbuster instead of simply watching. It’s a common scenario in science fiction—and for good reason—it sounds fantastical. Manifold will make this dreamlike concept a genuine reality, both for content creators and for their audiences. It took years of prototyping and tight collaboration, but results so far point to a revolutionary camera built for a single purpose: to deliver next-generation stories.

So, when you’re sitting there, watching the content on your VR headset, you can not only look around but also move around a little within the scene, too.

There’s no word on price for this, but looking at the specs above, it’ll be out of the reach of most budgets, even amongst many high-end professionals. It’s certainly not the kind of thing you’re just going to throw on a selfie stick to create tiny world clips for Instagram.

Facebook says, though, that they plan to “continue on the road to commercial availability”.

It sure will be interesting to see the kind of content this thing can create, though, and to experience being “immersed” in it.