By now you should probably know that photos you post on social media may come back to haunt you in your non-virtual life.

Laraine Cook, a (former) girls basketball coach for Pocatello High School re-discovered that truth when she was laid off for posting a personal photo of her and her husband. OK, he was touching her breast. (While her mom was peaking over her shoulder) 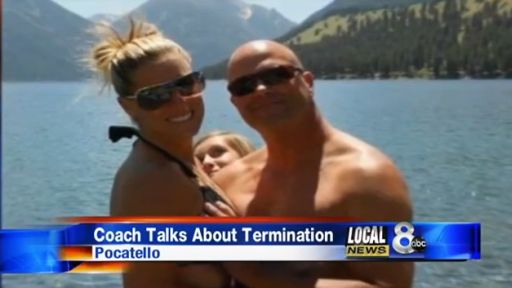 Cook’s contract was terminated over that photo with the school district claiming that the photo was immoral.

The photo was posted to Facebook over in July and Cook was fired in October, after the photo was on Facebook for less than 24 hours.

Here comes the double standard. While Cook was the one who posted the photo to Facebook, both her and her husband are employed by the same district but only the wife was laid off. The husband was told off, but retained his position as coach. District saying that it is because it was her who posted the photo on her profile.

Cook is currently appealing to district 25 to win her job back.