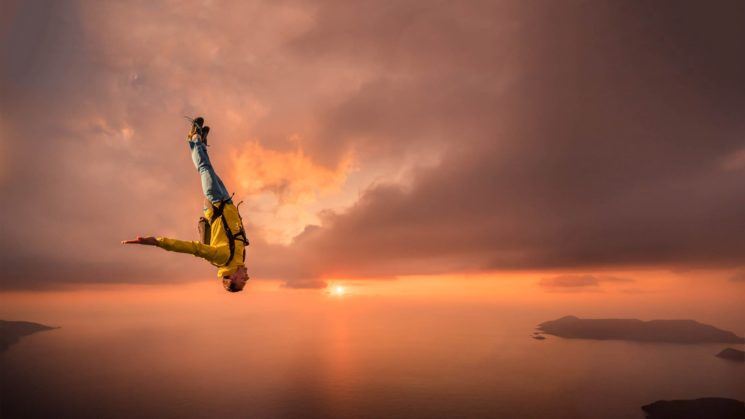 It’s become pretty clear by now that Elinchrom really like testing the limits of their gear. They’ve put them on drones, battled oceans, and lit up ice tunnels. So, for the launch of the new Elinchrom ELB 1200 pack, they had to go pretty crazy. And crazy is exactly where they went, strapping the new pack and strobes to base jumpers.

The ELB 1200 follows on from the very popular ELB 400, but offers a lot more power. The ELB 1200 offers fast recycle times of 3s in default mode, or 1.7s in fast mode.  Heavy duty compact flash heads are available for the new pack in three flavours; Pro Action and Hi-Sync. They also feature a 92 CRI dimmable daylight LED modelling bulb equivalent to 250W, which will be handy for those who want to double up their lights for video.

The system is designed to encompass the needs of many different types of location photographers. Although it is marketed as Elinchrom’s “Premier adventure light”. But whether you’re shooting regular location portraits or crazy fast action, it’s built to keep up. The Hi-Sync head lets you freeze motion all the way up to 1/8000th of a second. And all the heads are compatible with existing Elinchrom modifiers. 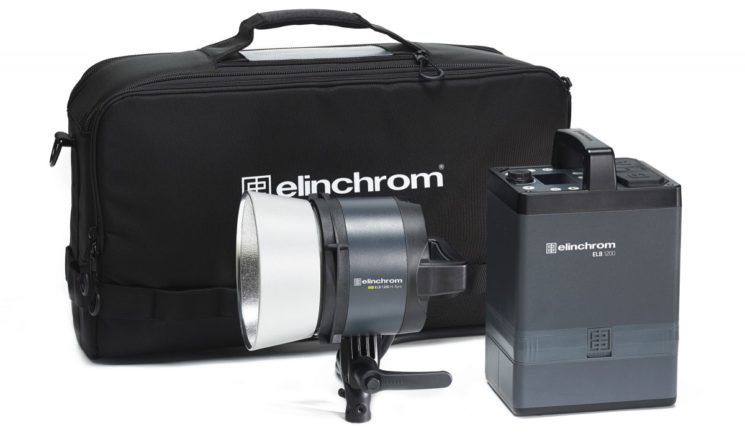 The dimmable 92 CRI daylight balanced LED modelling light also seems perfectly suited for video. With an output equivalent of about 250 Watts, and silent mode running, it sounds like a decent option.

But we’ll get back to the specs later. For now, check out the insane mid air photo shoot by photographer Tristan Shu.

When I see videos from shoots like this, they really inspire me. They make me want to go out to do and photograph something exciting. Then I remember that there’s no way I’m jumping out of a plane or off the side of a mountain. With or without a camera. But it does make me think about the kind of planning that must go into a shoot like this. It must present some fairly major challenges.

Like, metering, for a start. It’s not like you can say to somebody “hey, just go fly over there with this Sekonic”. It must’ve taken a lot of co-ordination and testing on the ground. You’d need to learn the equipment well. Know the power it puts out at different distances from the subject, and then try to balance that with the exposure of the sky. All while trying to keep an eye on your fast moving subject. Oh, yes, and while you’re hurtling toward the ground at a ridiculous rate.

Positioning everybody and everything in mid air must’ve been extremely difficult. To get you as the photographer, the light and your subject all in the right position relative to the background. How do you even begin to direct and co-ordinate something like that?

It turns out, it’s done with a week’s worth of testing and training. Shu says that it took a few trials to get to the end result. But despite all the training, there was still an element of luck to get the perfect shots.

I remember thinking that Guillaume Galvani (the base jumper) was almost too close to me. If I wanted to, I could have given him a high-five. In the end, it was perfect!

It seems that the ELB 1200 stood up to the task just fine, though. 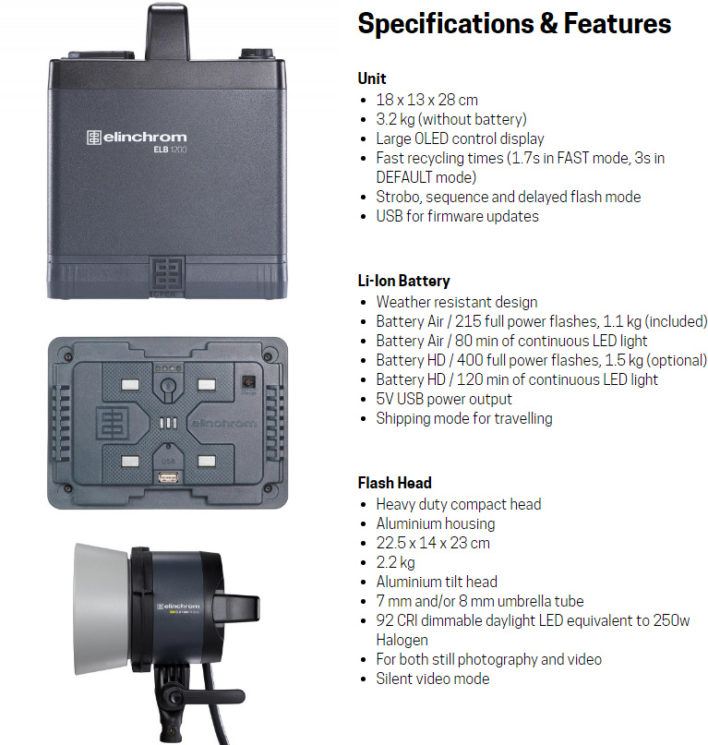