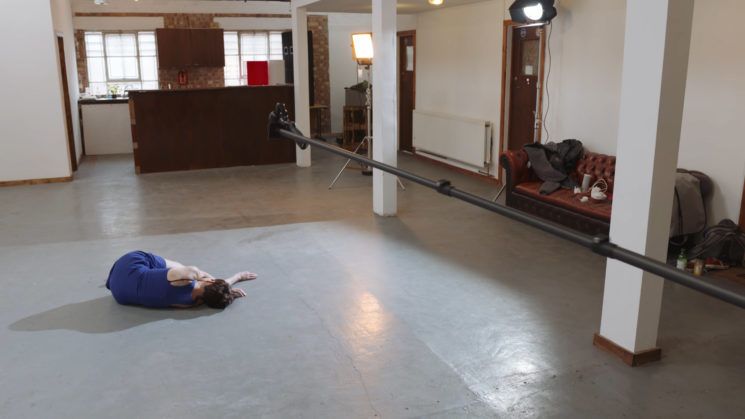 I’ve got a lot of respect for cinematographer Rodney Charters. Really I do. His work on 24 was spectacular, as well as plenty of other TV shows and movies. But I really have to wonder about this new product he’s recently announced. The logic of it makes sense. You want low altitude footage that typically can only be shot with either a drone or very expensive jib. But $550? for what is essentially just a really long stick?

The Charters Pole comes in two maximum lengths. One is 6m (20ft), and one is 4.35m (14ft). They’re both made from carbon fibre, come in 8 sections, and have a maximum load of 500g (1.1lb). It’s intention is to let you use small cameras in places where you might otherwise need a drone. It features a built in 1/4-20″ tripod thread and can support a lightweight brushless gimbal, small compact cameras, GoPros and phones. You could even use it to hold lightweight LED panels or as a microphone boom.

It does seems like a pretty versatile tool. It removes many of the safety issues of flying drones over your subject, as well as eliminate noise from motors. Not to mention the potential legal implications of flying drones in built up or crowded areas. It allows you to get shots that would otherwise be physically or legally impossible, or very expensive.

As I said, the logic is sound, and it makes a lot of sense to have something like this in your kit. Charters says that the poles he tried initially were build for sound guys. Microphone boom poles.

He mentions two complaints. One is that they don’t lock in quite the same way, which is true, many are twist grip. The Charters Pole uses tripod-like levers to lock the sections into place. His other issue that they’re expensive. But, given that his version is $549.50 for the 14ft version, and $549.95 for the 20ft version, so is this. Especially when you consider other alternatives.

Techniques such as these aren’t uncommon to lower budget shooters. I use them myself occasionally, but a painters pole and a 1420 VAL Spigot, is a much less expensive option that’s just as versatile. It also easily supports the weight of a small camera, or even a brushless gimbal like the DJI Osmo. Or, in my case, a Zhiyun Smooth-C and iPhone SE.

Companies like Harris make inexpensive painters poles that go up to 5 metres, and there are plenty of other options out there, too. They all have a standard fitting on the end to which the 1420 VAL Spigot attaches. It provides you with a 1/4-20″ tripod thread, and you can use 3/8-16″ extras with a simple adapter. Your total cost is a mere $60 or so.

A far cry from $550 for virtually identical results. This sequence was shot with a 10ft painters pole, 1420 VAL Spigot and the DJI Osmo.

It’s a decent idea, but for the $500 or so price difference, I’ll stick with the painter’s pole, and deal with the twist grip locking mechanism. If you have some money to burn, though, you can pick up the The Charters Pole on the Genustech website.