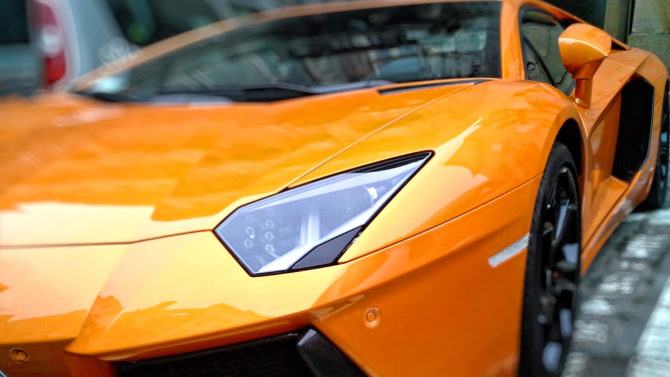 Sometimes, when you’re out making photographs, you have a bad day. Other times, you have a really bad day. This seems to be the latter after a photographer allegedly drove a $350,000 Lamborghini Aventador through a car showroom window.

The Lancashire Evening Post reports that a man, believed to be the photographer, got behind the wheel of the Aventador in order to reposition it slightly for a better shot during a shoot at Amari Supercars in Preston, England.

Eyewitnesses told the LEP that the car suddenly lurched forward and crashed through the front window of the showroom.  With a car that can reach 0-62mph in only 3.4 seconds and has a top speed of 202mph, I can imagine it might be somewhat twitchy on take off.

The Lambo was in a right state – and so too was the bloke who’d been driving it.

New Aventadors sell for around £260,000 (about $350,000), and bystanders said that at least one Ferrari, possibly two, inside the showroom had also been damaged in the crash.

An ambulance was apparently called as a precautionary measure to check on the driver, but no injuries have been reported.  Amari Supercars are staying pretty quiet, but they do seem to be keeping their sense of humour about the whole thing after putting out this tweet.

Thanks for your support @thesimongregg we had a 'smashing day' absolutely no injuries thankfully and our great team came together. Well done

I still wouldn’t fancy being in this photographer’s shoes right now, though.  It’s great that everybody’s safe and sound, but that’s a hell of an expensive mess to be responsible for.

Funnily enough, though, I almost was. I applied for the photographer position at Amari Supercars myself last year before joining DIYP. I guess I should’ve put “Never driven a car through a showroom window” on my CV.

Everything happens for a reason, I suppose.

« Build your own DIY GoPro stabiliser out of LEGO
No locations nearby? Look again »