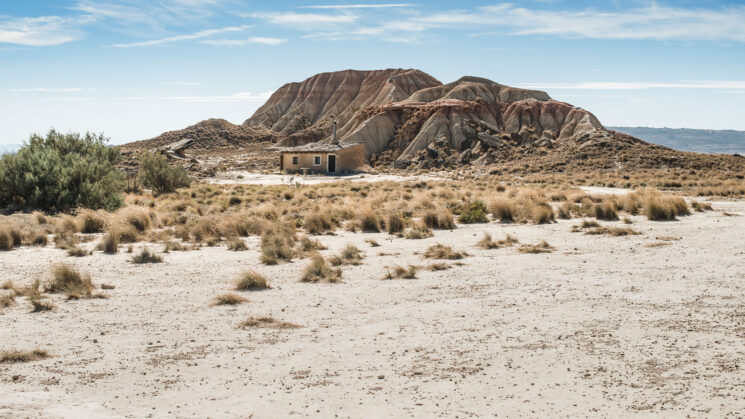 It’s every actor’s worst nightmare to cause the injury or death of another person on set. But that nightmare has come true for Alec Baldwin when he fired a prop gun that killed 42-year-old Director of Photography Halyna Hutchins and injured director Joel Souza on the set of Rust in Albuquerque, New Mexico, yesterday.

Filming was being performed at Bonanza Creek Ranch, a popular location used in movies such as 3:10 to Yuma, Cowboys & Aliens, amongst others when reports say that a prop firearm was fired by Baldwin. The International Cinematographers Guild said in a statement that beyond that “the details are unclear at this moment”.

Hutchins was transported by helicopter to the University of New Mexico Hospital in Albuquerque, where she died. The sheriff’s office said in a statement that the pair “were shot when a prop firearm was discharged by Alec Baldwin, 63, producer and actor“. According to the Santa Fe New Mexican, Baldwin was questioned by investigators, and in tears outside the sheriff’s office.

The entire cast and crew has been absolutely devastated by today’s tragedy, and we send our deepest condolences to Halyna’s family and loved ones. We have halted production on the film for an undetermined period of time and are fully cooperating with the Santa Fe Police Department’s investigation. We will be providing counseling services to everyone connected to the film as we work to process this awful event.

The Sheriff’s office said that it was too soon to indicate what type of round was involved in the incident and they’ve also avoided the use of the word “accident” – a determination Variety reports they are “leaving […] up to the investigators“. They did say, however, that it occurred “during filming of a scene“.

Hutchins, named a “Rising Star” by American Cinematographer in 2019, shared in recent posts to Instagram on how much she was enjoying working on set,  noting its perks with posts like this one from as recently as two days ago.

Director Joel Souza was reportedly out of hospital late last night according to a tweet from Frances Fisher, one of the starts of the film.

Director Joel Souza told me he’s out of hospital.

Such events are rare. The last such incident that made the media in a big way was the tragic death of Brandon Bruce Lee during the filming of The Crow in 1994 when a gun that had previously been loaded with badly-made dummy rounds and not fully checked and cleaned before being reloaded with blanks was fired towards him during a scene. He died within minutes.

Despite the rarity of such incidents, however, a lot of people are naturally upset that this could possibly happen at all today. The safety of the crew is paramount on set and given how long Hollywood has been working with fake guns, events like this should never be able to occur anymore.

A full investigation is underway and no charges have been filed at this time.