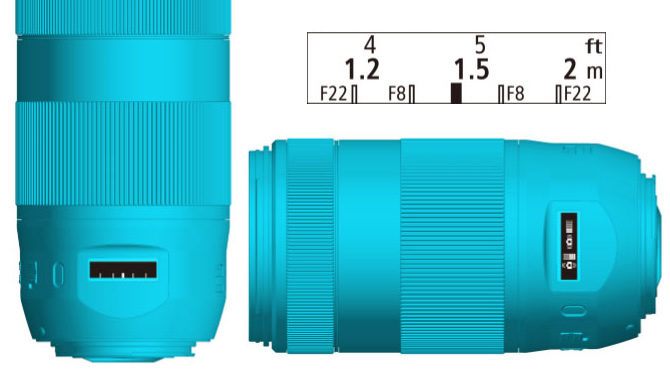 Canon’s EF 70-300mm f/4-5.6 IS II announcement is expected to happen quite soon. Rumour has it that this lens will be the first to feature its own built in LCD display. Up until now, nobody’s really known what for. Digicame-info, however, seem to have stumbled across a couple of patents which show what information may appear on the LCD.

Set to replace the Canon EF 70-300mm f/4-5.6 IS USM released in 2005, the new lens should carry all the usual updates we see with new lens announcements. Things like new coatings more resistant to dust and flaring, A little extra latitude with the image stabilisation. The LCD display, though, is something completely new.

The images posted show two different views. The first is the much welcome (to me, at least) return of the depth of field scale. Not seen since the days of film, this feature is invaluable when focusing manually. 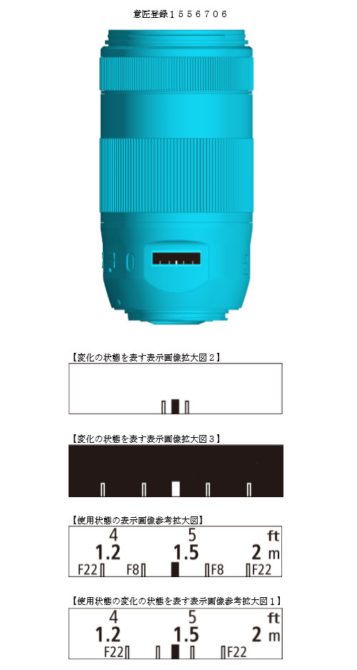 While supporting features for manual focus might seem odd in this modern age, it still has a lot of value. Many video shooters focus manually, and this allows them to easily see the near and far focus distances. Even shooting stills, once you autofocus, you can quickly check to see how much of your scene is really in focus at the aperture you’re shooting.

The next image is a little confusing for me. I’m just not sure how useful it will be. It displays what appears to be the amount of shake being experienced by the lens. 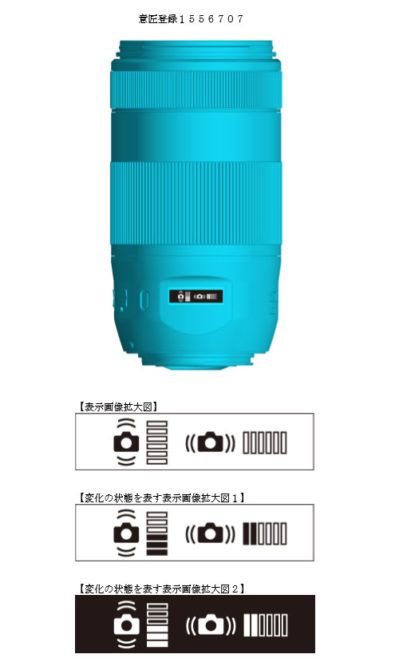 While you may be thinking “Well, duh, it’s an IS lens, it’s good to know!” I’m not so sure it is. See, when the camera’s up at your eye, and handheld, how do you look at the LCD on the lens? Surely this kind of information would be better displayed through the camera’s viewfinder.

I could imagine this feature potentially being handy for landscape shooters on a tripod, though. This isn’t exactly a wide lens, so knowing when your lens isn’t moving can be very useful, especially for long exposures.

Other than that, I don’t see what use this particular display screen could offer. Perhaps in the future, it’ll come with some UI buttons and a menu system to do things like turning image stabilisation on and off. Perhaps to toggle the focus limiter, or even let you preset a custom range focus limiter, or even preset & recall focus distances at the push of a button.

I do like the idea of an LCD screen in a lens. Getting old features like the DOF scale back is fantastic. I’m not sure what other displays I’d like to see in the LCD right now, though. But, it does mean that a lens can potentially offer a range of features for different users without taking up more space on the lens itself. Just configure it for what you’re currently doing, and forget the rest.

What do you think about lenses getting their own LCDs? Will it make a difference to you one way or the other? Or do you think it’s the start of a much wider range of user interface and interaction overhauls coming to lenses in the future? Let us know your thoughts in the comments.

How to build a high quality digital photo display