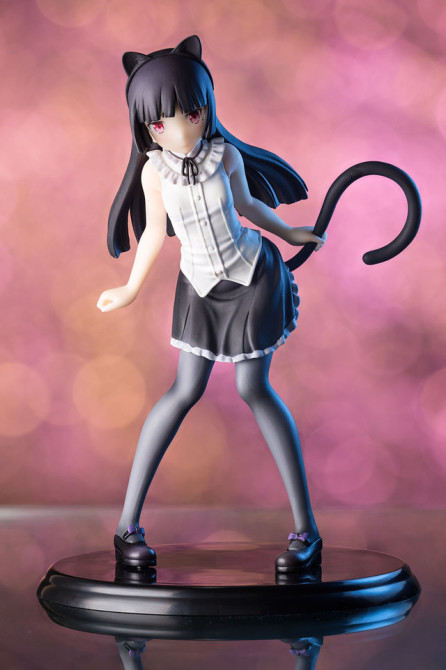 This is the first photo I’ve taken to try out the “tinfoil / aluminum foil background” method. Basically, you take a bunch of tinfoil, screw it up into a ball, then carefully unfold it to create a crinkled background. Hang it a good distance behind your subject, then point a flash at it. The crinkles in the foil will create a series of bright reflective points, which when thrown out of focus create a stunning sparkly background.

First, let’s take a look at the background on its own. I’ve attached two rows of foil to my wall with sticky tape. I’ve got two flashes pointed at it, the one on the left with an orange gel, and the one on the right with a pink gel. Both flashes are remotely triggered by Yongnuo YN-622C wireless flash triggers. In my final shot, these flashes are firing at about 1/32 to 1/64 power. Not much power is needed because the foil is so highly reflective, in fact the flash on the right is set to its minimum power. 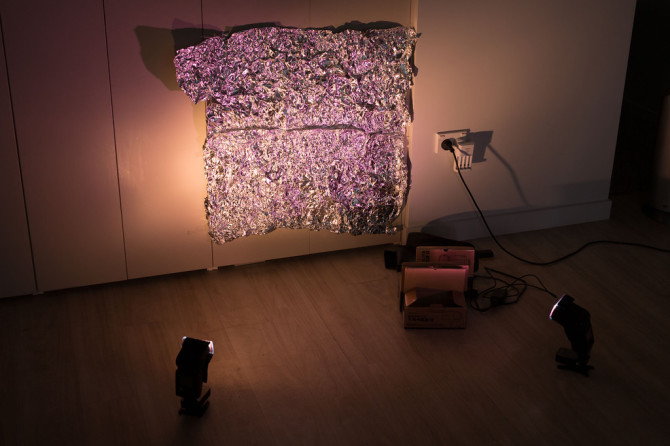 The choice of shooting aperture is critical for this background, because changing it can cause the appearance to vary from flat and creamy smooth, to individual points of light. I also have to pick an aperture that I have enough light to support, and that will provide enough sharpness for the figure. Here are my options, spread 1 stop apart: 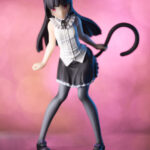 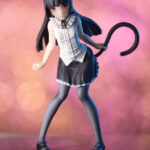 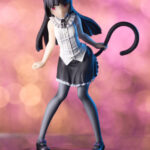 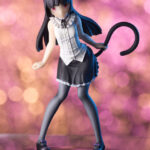 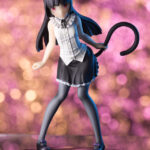 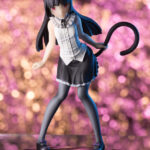 In the end, I chose f/6.3, partway between two of the levels shown above. But if you look closely at that photo, you’ll notice that this doesn’t give enough depth of field to keep the figure sharp from front to back: 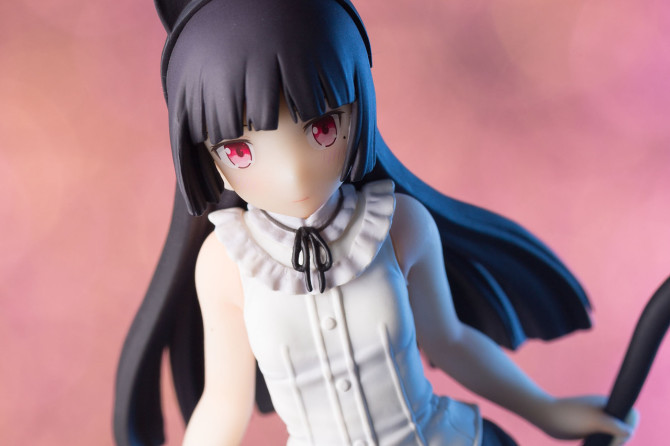 In order to get the depth of field I want, I need to take multiple photos at slightly different focus depths, and merge them together (this is called “Focus Stacking”). More details on this later. Now let’s look at the scene overview.

This overview shot was taken from above the position of the tripod, you can just see the tip of the lens hood entering the frame at the bottom. 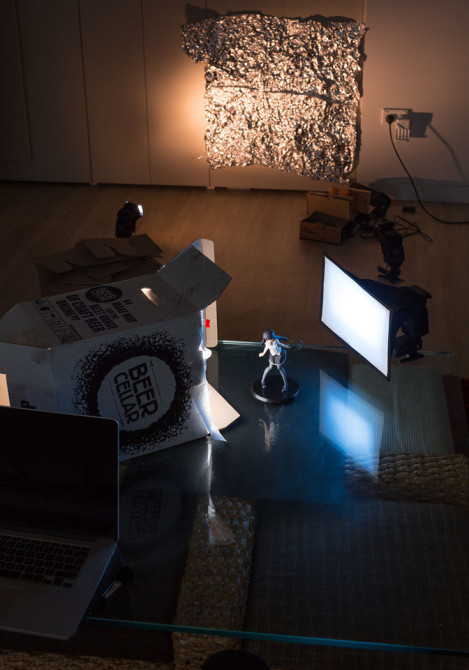 The surface is a glass table, which looks like a mirror from the shallow shooting angle in the final shot (the lens will be about 20cm above the table, putting it at the figure’s eye-line.) If you look closely, you’ll see that I’ve added a sheet of black card underneath the glass to prevent the chairs underneath from showing up in the photo.

The main light is the cardboard box on the left. At the rear end of the box is an ungelled flash, pointing at white paper towels that I’ve taped over the opening. I’ve used the box’s open flaps to block its light from hitting the background, which would reduce the saturation of the background colour. It’s firing at about 1/8 power.

At camera-right is a flash covered with a blue gel, with a mini “speedlite softbox” attached, firing at about 1/16 power. This provides the blue highlight on the right side of the figure.

Dust on the figure is very hard to see on the camera’s display, so I take my first few shots tethered to the laptop with Lightroom’s live capture session feature. By zooming in and panning around the image, I can spot where the dust particles are, and then brush them off with a physical lens brush before I start the real shooting.

A closer look at the subject lighting 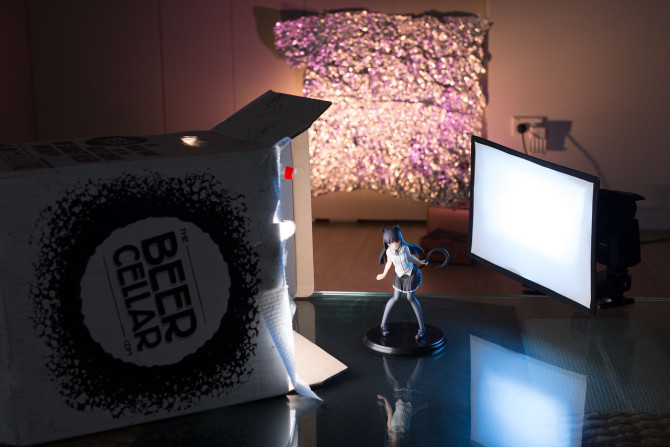 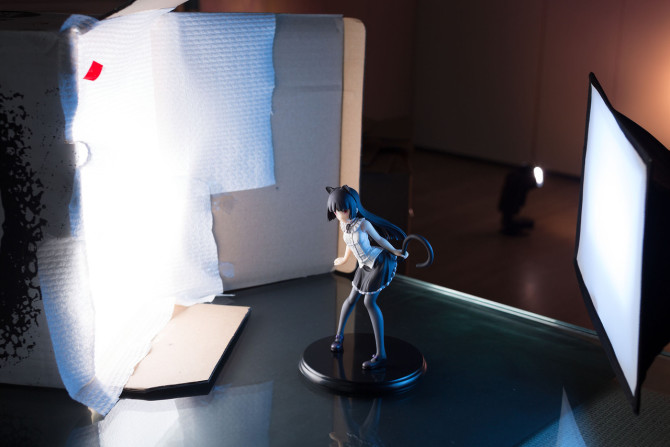 I need to take a series of photos at slightly different focus depths, then merge the sharp parts together, in order to get the figure sharp and detailed from front to back. To take the photos for me I installed the Magic Lantern custom firmware onto my Canon 5D III. This firmware adds a bunch of neat new features, but the one that I’m using is the focus stacking feature. 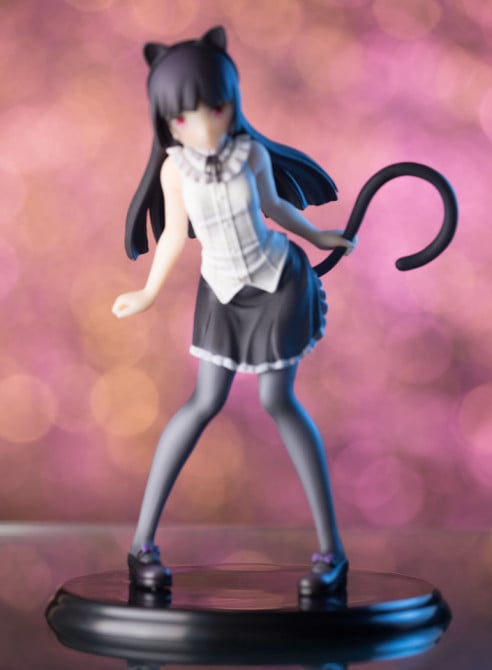 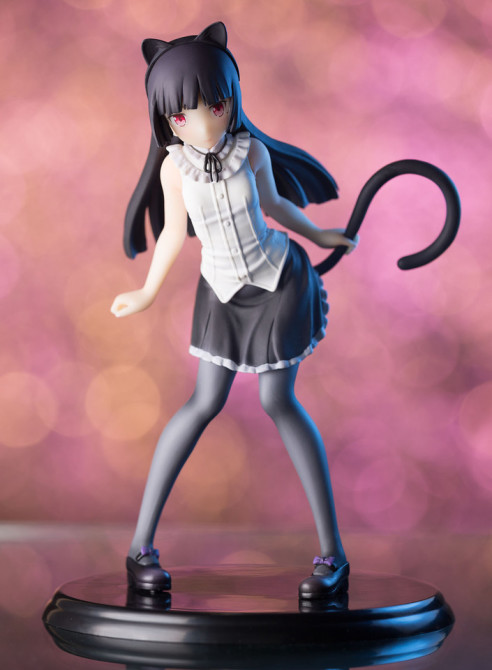 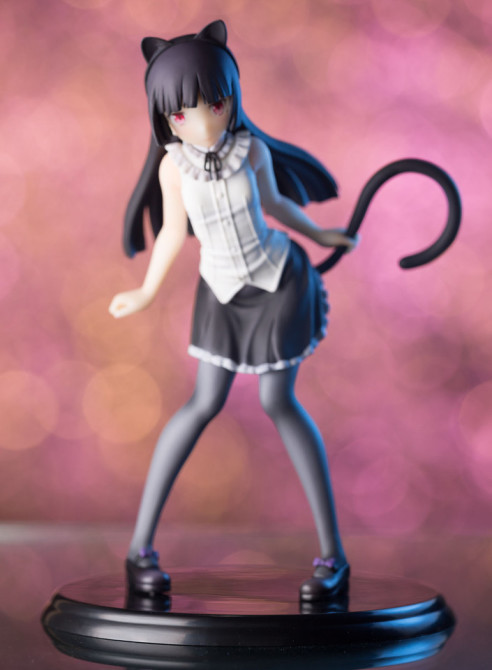 If your camera doesn’t support this firmware, you can focus manually between shots instead. Or you can connect your camera to your computer, and use your camera’s tethering software (or specialized software like Helicon Remote) to automatically step your camera’s autofocus and take the photos for you.

I use Lightroom to tweak the contrast of the raw photos, export them as 16-bit TIFFs, then open them up in Helicon Focus.

Helicon Focus automatically picks the sharpest parts of each frame and combines them together in order to produce a sharp result. After a bit of playing around with the parameters, I settle on Method B with a Radius of 8 and Smoothing of 4: 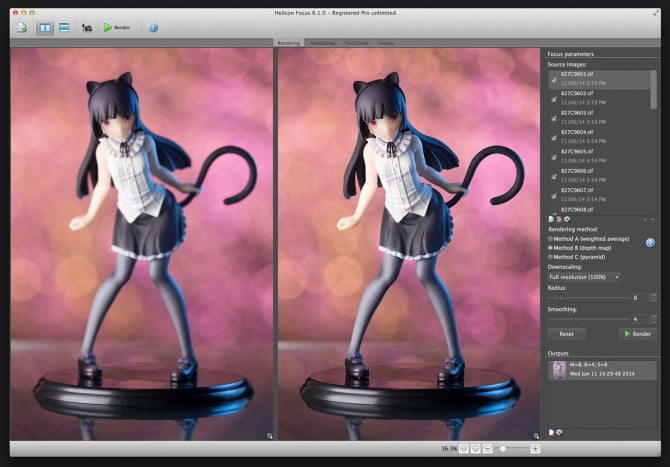 Helicon Focus
The first frame of the stack is shown on the left, with the final merge result on the right.

The resulting merged photo and depth map are shown below.

Notice how the variations in the depth map in the background area correspond to ugly artifacts in the background. If you go take a look at the raw frames I shot earlier, you’ll note that the size of the out-of-focus highlights in the background actually changes as the focus changes (they get smaller as you focus further away). Helicon Focus interprets this as detail appearing, and tries to sharpen the background by combining many shots, which I don’t want to happen. 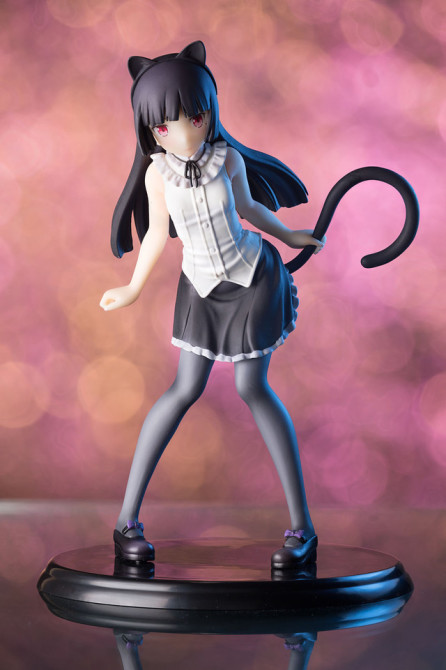 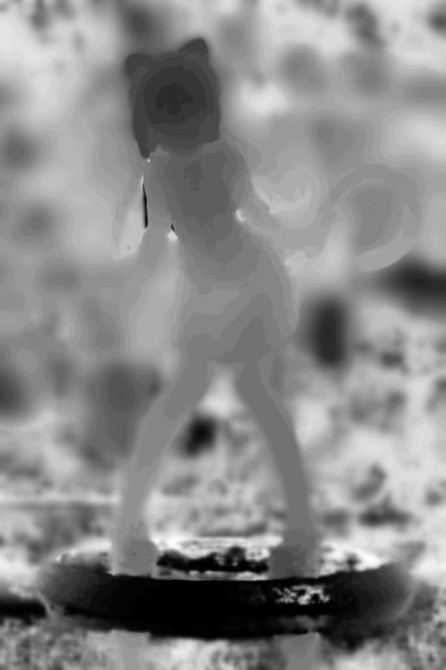 I use Helicon Focus’ superb built-in retouching tool to paint the first frame in the stack (which, being focused closest to the camera, has the smoothest background) onto the messy original background.

I also make a few other little tweaks (e.g. to clean up the reflections on the base), ending up with the corrected depth map and final result below! 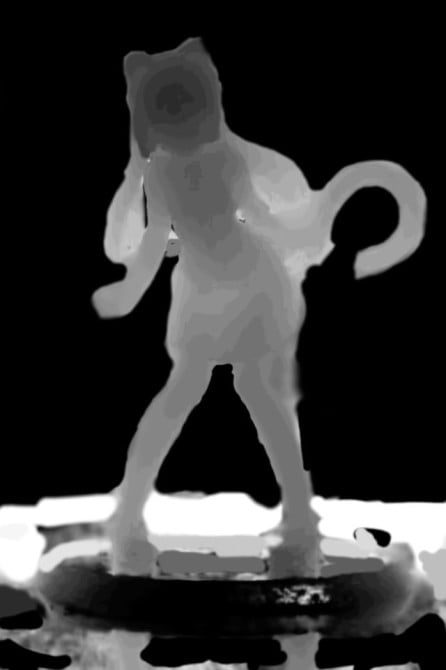 I hope you learned something useful from this behind-the-scenes detail! If you have any questions about it, feel free to leave a comment and get in touch with me!

Nicholas Sherlock is a software engineer and a photographer enthusiast based in Dunedin, New Zealand. You can see more of his work in his site. This post was originally published here.

This is the full budget and lighting breakdown on shooting an $8,000 commercial

The Amazing Epochs Timelapse With Super-Detailed How-It-Was-Created
« 11 Travel Photography Tips To Get You Through The Summer
First Look at Sony’s New Curved Sensor – Will It Be A Game Changer? »