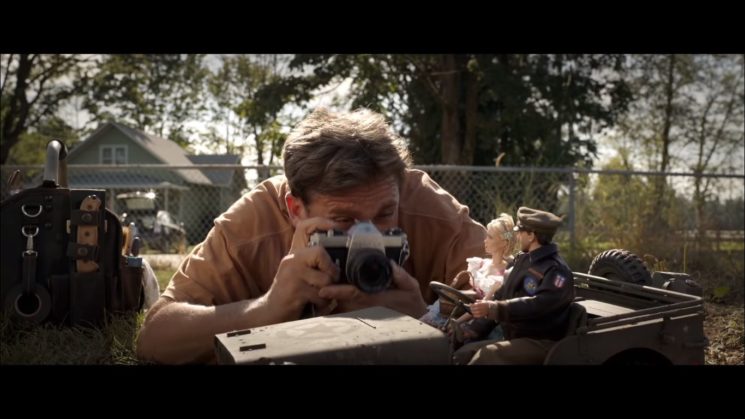 This December, Universal Pictures is releasing an unusual, original movie inspired by photography. Welcome to Marwen is announced as “the most original movie of the year,” and it tells a true story about a man who found courage and restored his broken spirit through photographing miniature scenes.

Staring in Welcome to Marwen is Steve Carell, who was nominated for Oscar in 2014 as a lead male actor in Foxcatcher. Robert Zemeckis is the director, and you may know him for Forrest Gump, Flight and Cast Away.

When a devastating attack shatters Mark Hogancamp (Carell) and wipes away all memories, no one expected recovery.  Putting together pieces from his old and new life, Mark meticulously creates a wondrous town where he can heal and be heroic.  As he builds an astonishing art installation—a testament to the most powerful women he knows—through his fantasy world, he draws strength to triumph in the real one.

In a bold, wondrous and timely film from this revolutionary pioneer of contemporary cinema, Welcome to Marwen shows that when your only weapon is your imagination…you’ll find courage in the most unexpected place.

The movie is going to be released on 21 December 2010, but two trailers have already been published. You can check them out below, and if you’re interested in watching some other photography-inspired movies, take a look at this list.

Focal length feud: 28mm vs 35mm for telling a story