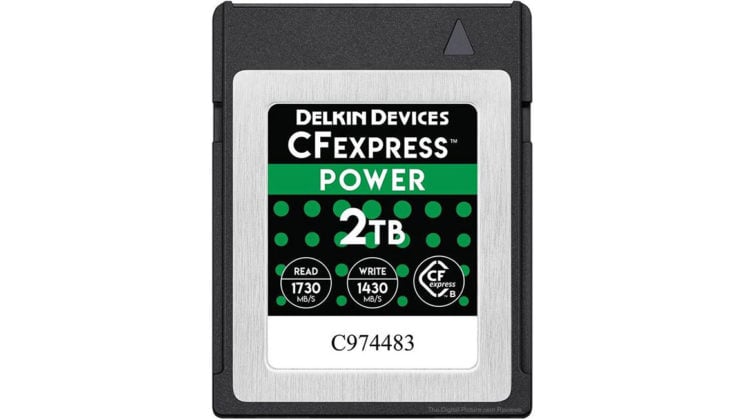 One of the big side effects and benefits to memory cards getting faster and faster is that they also get bigger and bigger. Two years ago when the format first started to hit the news, ProGrade announced 1TB CFexpress cards, which have now finally become available. Today, though, Delkin has upped the ante, doubling that capacity to 2TB.

Delkin’s new 2TB CFexpress card comes with 1,730MB/sec read speeds and 1,430MB/sec write speeds, which they say can handle everything up to and including 8K at high frame rates. There’s no word on a price yet, but their 1TB version is currently listed at $889.

About their CFexpress cards, Delkin says that each individual card undergoes “extensive testing” to ensure full functionality and compatibility. Their website lists a number of cameras that have been approved or which are currently in testing, including the upcoming Canon EOS R5 as well as the C300 Mark III, C500 Mark II, 1DX Mark III, Nikon’s D6, Z6 and Z7, and the Panasonic S1 and S1R. 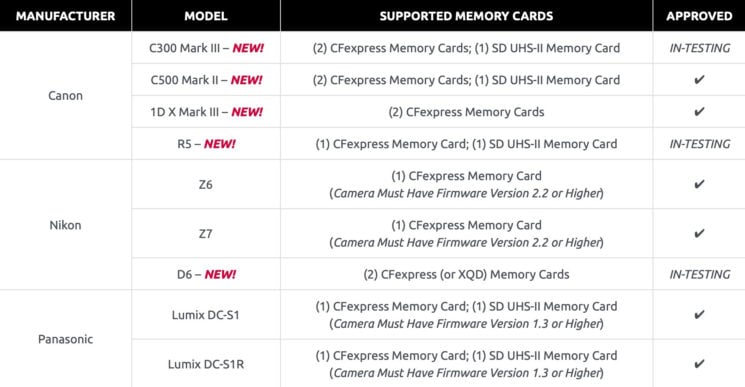 With each card, Delkin offers what they call the “World’s Best Warranty” with a 48-hour replacement guarantee (not including weekends) before they even receive your dead card back.

There’s no word on a release date or actual price on the 2TB cards yet, but from looking at the cost of the other capacities and how they scale, I think we can probably expect this one to be somewhere around the $1,500-1,600 range.