We have shared quite a bit of conceptual photography over the years, and we love it dearly. 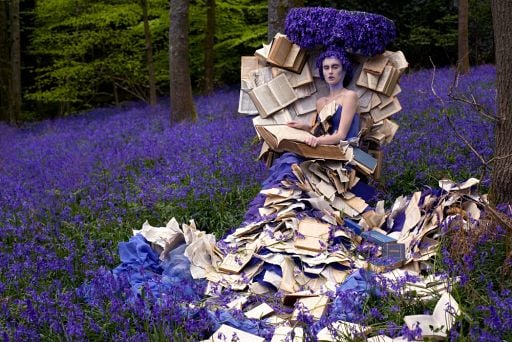 The wonderland project from Kirsty Mitchell is a touching and enchanting series bringing a fantasy world to life. It shows what attention to details, creativity and plain core dedication can achieve. 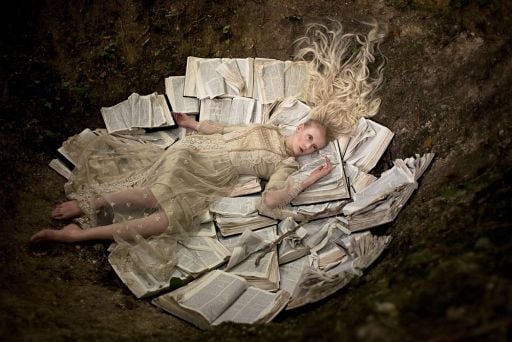 The wonderland series started at 2009 and has been an ongoing project for 5 years now detailing the inner world of photographer Kirsty Mitchell, after her mother passed away. Kirsty writes:

“My mother was an English teacher who spent over thirty years inspiring generations of children with her stories and plays. She was rarely seen without her head in a book, or writing in her own vast diaries, which she had kept since I was young. She was lost to a brain tumour that left her too ill to be brought home to England from the small French village where she and my father had retired. Instead of a funeral full of her ex pupils, we had to make do with a tiny family gathering which left me heart broken, and needing to do something that would never let her be forgotten.

In the months that followed real life became a difficult place to deal with, and I found myself retreating further into an alternative existence through the portal of my camera. This escapism grew into the concept of creating an unexplained storybook without words, dedicated to her, that would echo the fragments of the fairytales she read to me constantly as a child. Originally it began as a small idea in the form of just a few shoots that would span the summer, but nothing prepared me for the emotional journey it became, and the very special friendships it produced. From the moment I met hair and make-up artist Elbie Van Eeden, there was a sense of something deeper. We became very close, and the project blossomed into our own private playground within the woodlands that surrounded my home. Both of us were still in full time jobs and so had to spend our evenings and weekends creating props, wigs, and sets out of the most basic of materials, to try and achieve results as convincing as possible. There was little budget, so we relied on the kindness of strangers donating their unwanted treasures, and anything else we could scavenge or customise.”# 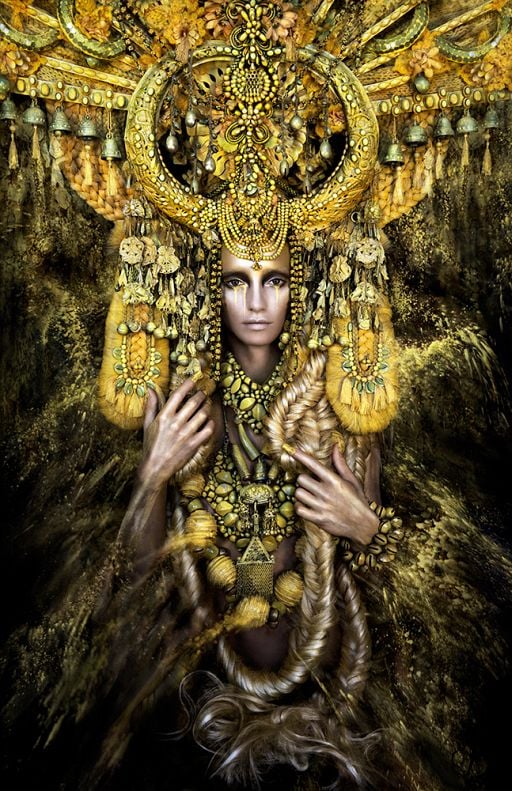 The latest piece of the project is called Gaia, The Birth Of An End and the tale behind it is as an emotional journey as well as the photograph is delicate. The video below by FX Media sheds some light on the incredible amount of work and emotion that went into that picture

One thing that can not be ignored through the series is the strong attention for details and the incredible amount of effort invested in props. For the white queen photographs (below), Kirsty made a full fledged armada laser cut from steel. (video and other pros below photo) 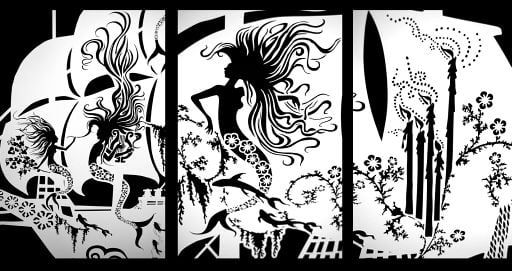 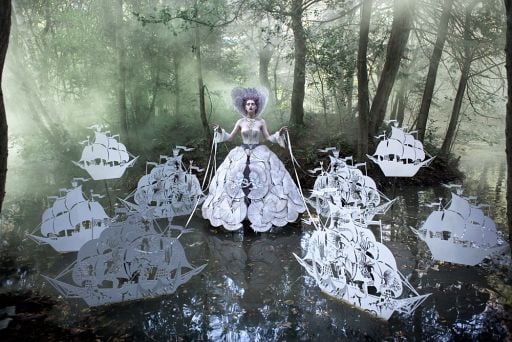 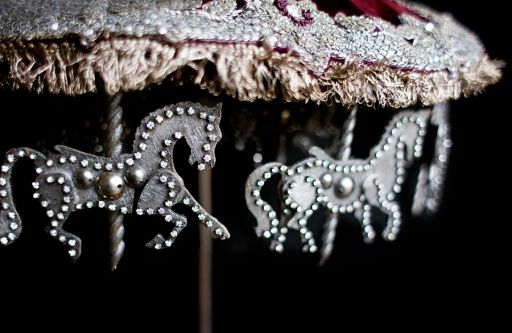 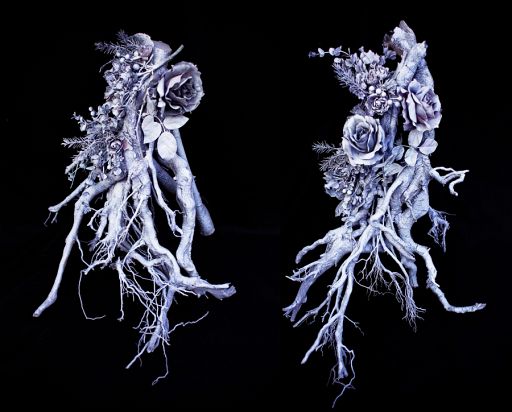 As the project is nearing its closure, Kirsty sums up:

It has been a roller coaster of emotion, and an enormous amount of effort, but now (finally) at the point of writing this in November 2013, Wonderland is almost complete. There are currently 68 pieces in the collection, with a final 10 on the way. In the last year our little world has grown wings and finally broken through to the major international press being recoginised by Harper’s Bazaar, Italian Vogue, The Daily Mail, the BBC News, MSN, the Huffington Post and countless magazines and blogs around the world. The response and support has been utterly overwhelming and humbling, and something that still amazes me everyday. I have met so many extraordinary people and been so moved by the reactions of others, that it feels like the project has become a fairytale in its own right

Here are some of the other photos of that series. For the full 68 photographs collection visit Kirsty Mitchell Photography, and for some inspiring stories read her blog which accompanies the production. 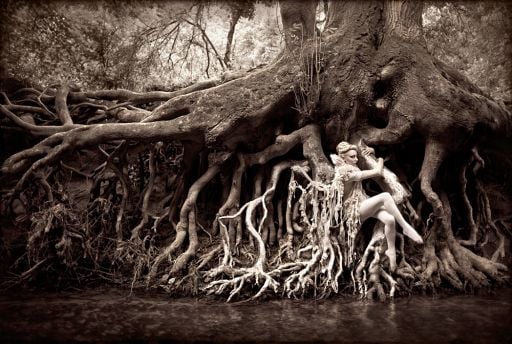 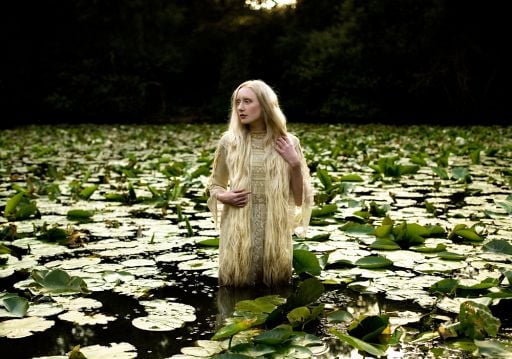 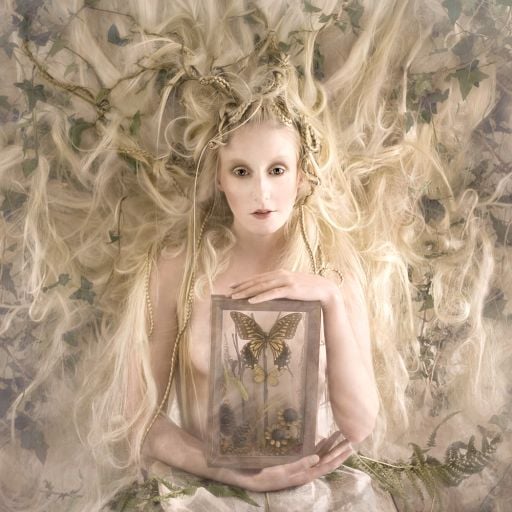 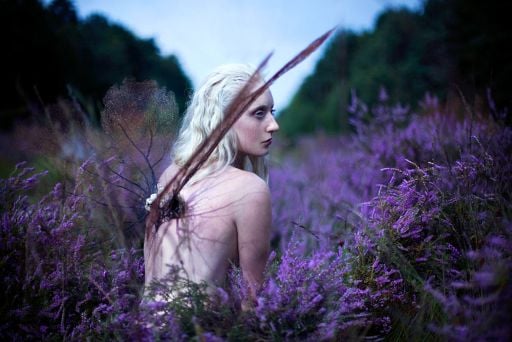 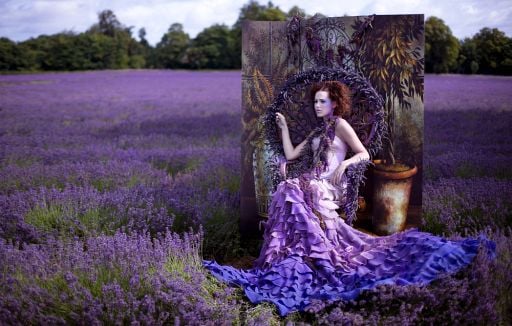 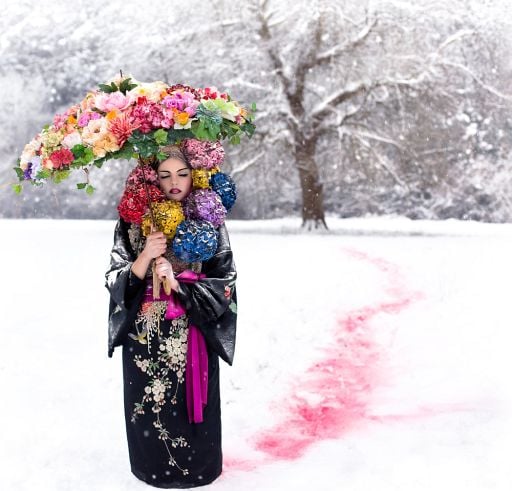 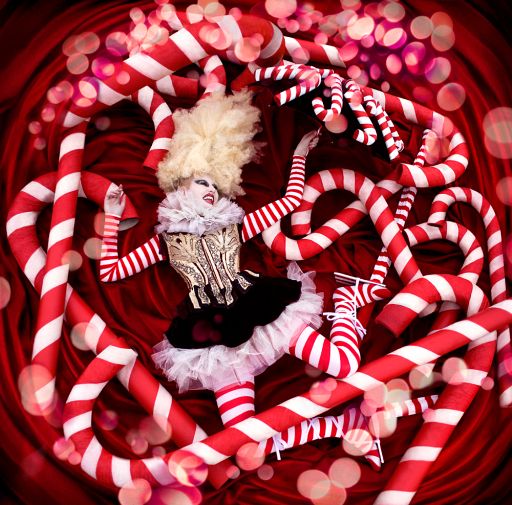 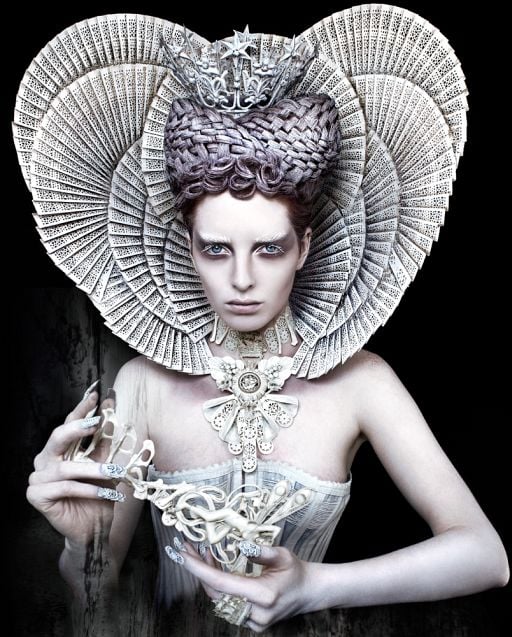 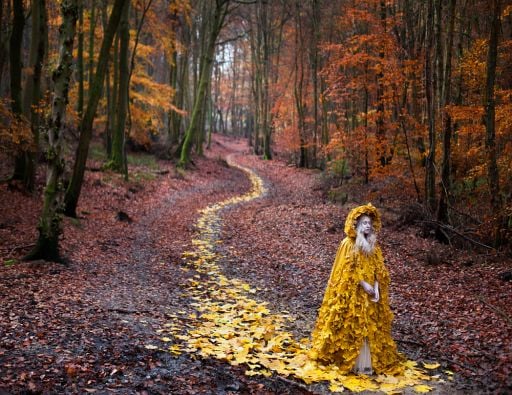 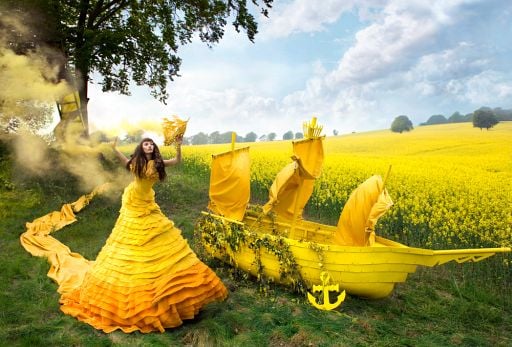 31 Angels (And Spidermen, Sportacuses and Doras)