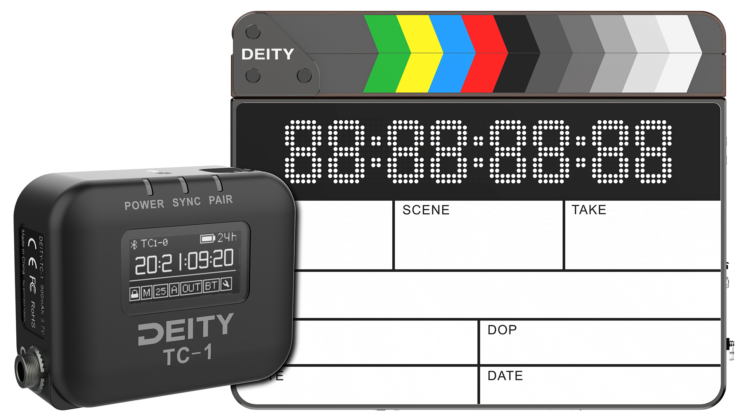 Deity Microphones has expanded its product lineup with a couple of interesting new devices. There’s the Deity TC-SL1 digital wireless smart slate and there’s the Deity TC-1 wireless timecode generator – available individually or in packs of three. Multiple TC-1 units can communicate and sync up with each other as well as with the TC-SL1 to help sync multiple different types of cameras.

Both the Deity TC-SL1 and TC-1 feature remote control via Bluetooth through the free smartphone app Sidus Audio. They put out all SMPTE formats and boast less than 1 frame of drift over a 24 hour period. As well as syncing over Bluetooth, there’s also 5-pin Lemo and 1/4″ TRS sockets on the TC-SL1 and 3.5mm TRS on the TC-1 that can take a timecode feed in from somewhere else or feed it out to your camera. 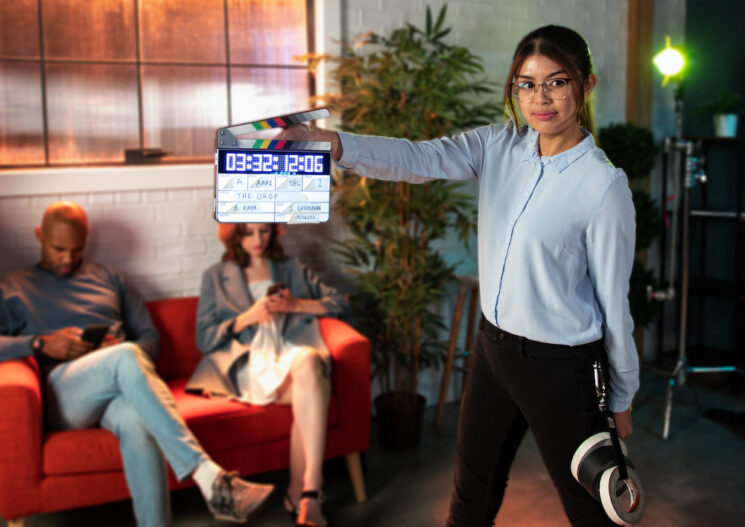 The Deity TC-SL1 is essentially a digital clapperboard with a display denoting the timecode. Below the clock it has a small whiteboard divided into multiple sections for entering the details of the scene you’re shooting. The display also works upside down for when you want to tail slate a shot. Just flick a switch and rotate the slate 180° and you’re good to go. 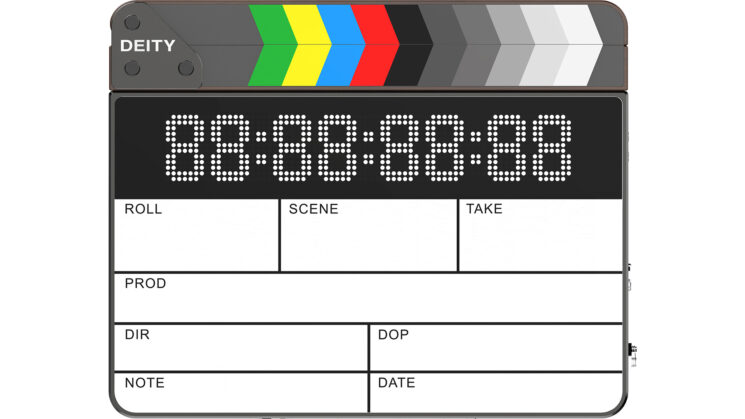 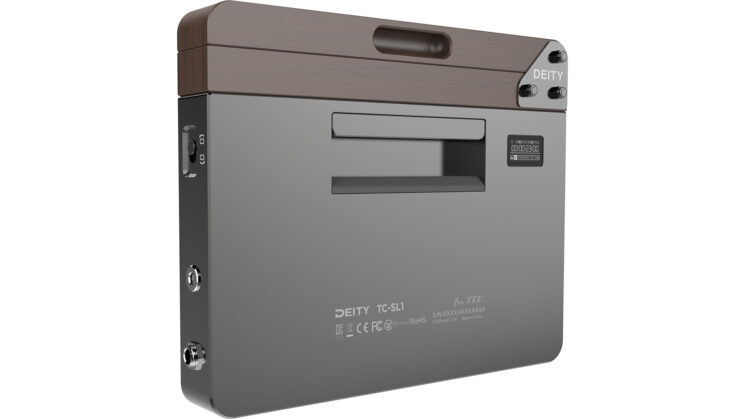 The Deity TC-SL1 is available to pre-order now for $999 and is expected to ship at the end of August. 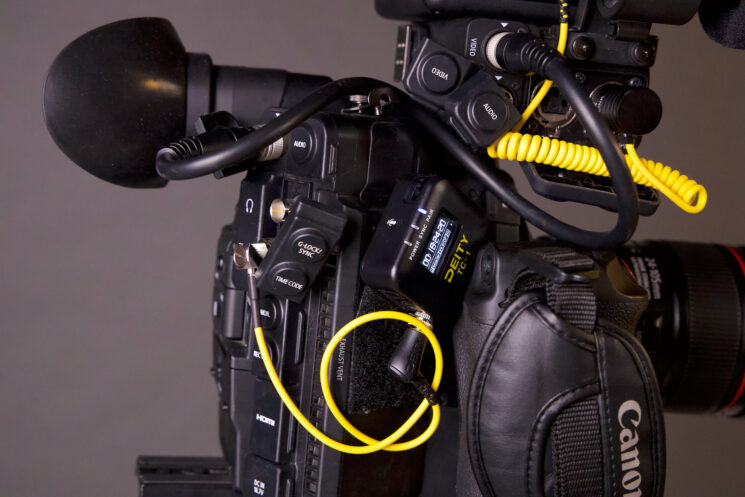 The Deity TC-1 actually connects and mounts to your camera, either through a dedicated timecode input or the microphone input socket. It features a built-in battery that also offers up to 24 hours of use and charges up over USB-C in around three hours. Like the TC-SL1, the TC-1 communicates with the Sidus Audio app on your smartphone to keep everything synced up together and also supports frame rates of 23.98, 24, 25, 29.97, 29.97DF and 30fps. 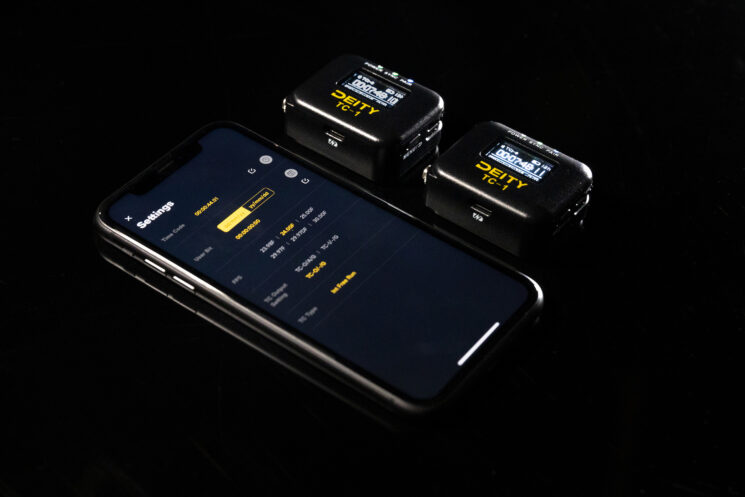 It also features a built-in OLED display to provide feedback to the user on its current status, timecode, battery life, etc. and outputs its signal over a locking 3.5mm TRS socket and features a built-in omnidirectional microphone for reference audio. 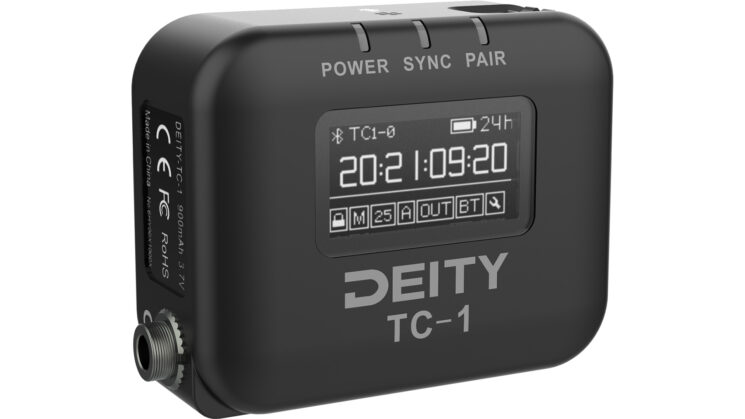 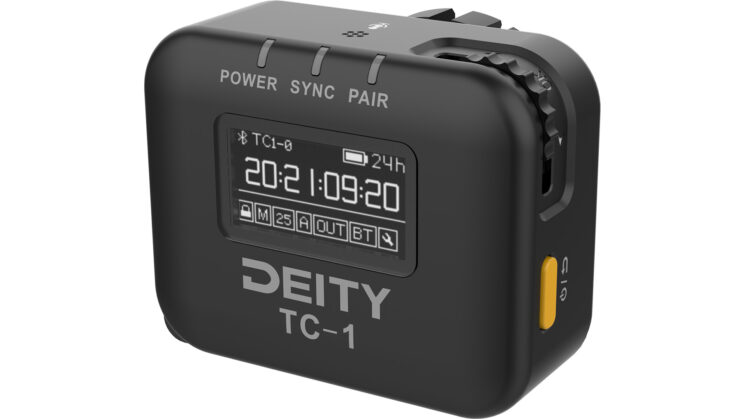 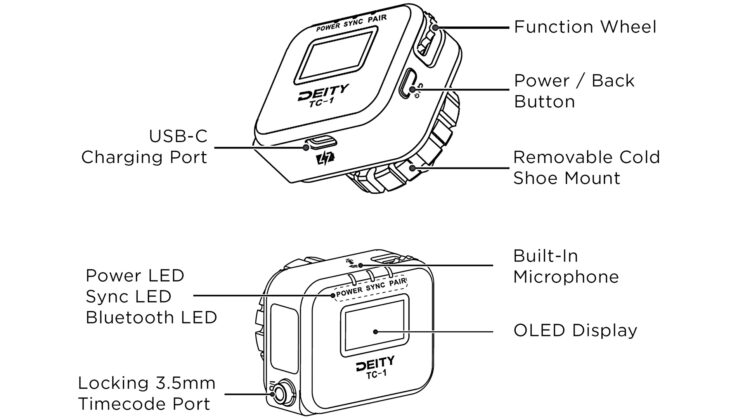 The Deity TC-1 is also available to pre-order now for $169 through the Deity website and is expected to ship in the middle of June. After pre-orders are over, it’ll go up to $199 per unit or you’ll be able to get a triple pack for $549.

You can find out more on the Deity website.

Video Production: how to properly slate and what to avoid