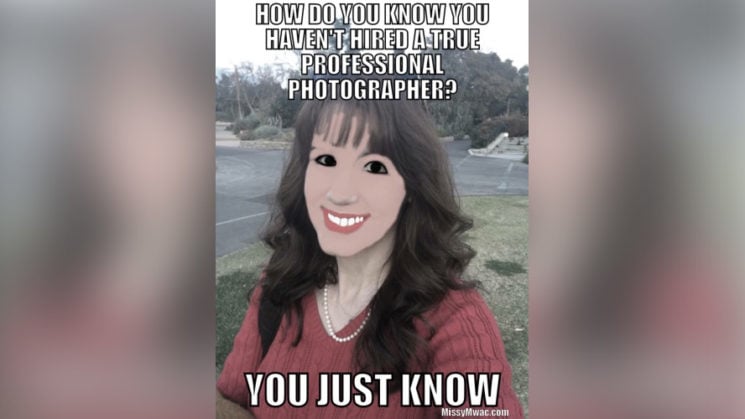 I have a question.

Actually, I have a lot of questions. These are questions that have been simmering on a low heat in the back of my brain. I try to ignore them, and most of the time I can, but now and then the heat gets turned up and the simmer turns to a full rolling boil. It’s noisy and hot and such that I can’t ignore it.

That’s what’s going on in my brain today: lots of questions boiling. And these questions are like cranberries; keep them on low and they gently burst open, releasing their lovely cranberriness. But turn up the heat and they began to pop madly, exploding out of the saucepan and onto their surroundings.

Yeah, my questions are like that and they are making a mess of my brain. It’s gonna take awhile to clean all this up.

So in an attempt to quiet down the cranberry-style thoughts, let me ask my questions. And maybe in the asking, I will help myself arrive at answers.

Recently, a series of portrait images was shared online by a client. If you follow ANYTHING photography-related online, you know what I’m about to say. These were images of a family, photographed together and in subgroupings. The client waited for months to get the finished images and when she did, she found that the photographer, in an attempt to retrieve faces lost to shadow, had drawn cartoon faces on the subjects. Not over retouched. Not portraiture run at 100% ten times, but actual cartoon type faces, drawn in via Photoshop. The client received the images and thought it was the funniest thing she had ever seen, so she shared it on Facebook. She wasn’t angry or bitter—she just thought they were hysterical and thought her friends would find them hysterical, too.

Upon seeing these images, my first thought was, “This can’t be real.” I felt that this had to be an I-want-this-to-go-viral sort of stunt. I’m still not convinced that they are real, because, dear Baby Jesus in a manger, nobody would do this. At least, I don’t think. The woman posting the images swears that they are legit, and by legit, I mean in no way faked.

Now, I am no stranger to parody or satire. It runs in my blood, right next to the bacon grease, coffee, and vodka. I love humor and think it is a great way to make a point or bring levity to a serious situation. And I’ll admit, I often find humor in places I shouldn’t, which is one of the reasons I have folders on my hard drives entitled “Things I’ve written but will never post.” THE THOUGHTS HAVE TO GO SOMEWHERE, PEOPLE!” I’ve given my children permission to post it all when I’m dead.

And so within minutes of seeing this, I created my own version and posted it to Facebook, just as I have done many, many times before.

And while the vast majority of people found the humor in it, as I did, there were some who didn’t think it funny at all. They thought it mean. They used the word “bully.” Mind you, I used no names, shared no links, didn’t write anywhere but my own page, and used MY OWN PHOTO in parody. And yet, I was told that instead of posting this image using my own face, I should have reached out and tried to help the photographer; I should have supported her and encouraged her.

And now we have arrived at the cranberry-questions popping all over my brain:

When did someone else’s lack of awareness, lack of commitment, lack of skills, lack of concern over what they don’t know become my, or anyone’s, responsibility?

Why is it that someone can hang out the “Open for Business” sign without even the basic skills required and then, when the job is mucked up beyond belief, we can’t react with humor?

WHY IS THIS? (OMG. The cranberries are popping fast and furious now.)

“Tell her what’s wrong with the images,” they say.

“Offer to help her,” they say.

“Giver her constructive criticism and critiques,” they say.

Can I get a show of hands as to how many photographers have tried that VERY THING in online photography groups and in person? And how well did that work out for you?

“I DIDN’T ASK FOR YOUR ADVICE.”

“If you can’t say something nice, don’t say anything.”

“I was just posting an image I liked; I wasn’t looking for critiques.”

“Keep it to yourself.”

Yes, giving unsolicited advice to anyone, much less photographers, can go so spectacularly wrong, you could sell tickets to the event.

Listen, we live in a world FILLED with educational opportunities. You don’t have to spend thousands on a workshop, seminar or coaching. They have these marvelous things that can help you. They’ve been around for awhile. They’re called BOOKS. If you can’t afford them, you can find them in equally marvelous buildings called LIBRARIES. And don’t even get me started with what you can find, for free, online. The education is there for the taking. I mean, it’s RIGHT THERE IN FRONT OF YOU.

But…you have to care enough to WANT to learn. It has to be important enough to you. And no one can make that happen…that’s all on you.

And when you don’t, and you decide instead to plow forward, accepting people’s hard earned money for a job you don’t have the skills to do correctly, it might end up comical. And that job might very well become a meme.

And if it does become a meme, you can’t blame the meme-maker. If you’re looking to blame someone, run to the nearest mirror.

And then care enough in the future to do it right. xoxo

Lynn Cartia (AKA Missy Mwac) is a photographer/eater of bacon/drinker of vodka and a guide through the murky waters of professional photography. You can follow her social media links here: Facebook, Tumblr. This article is also published here and shared with permission.

Dear entitled photographer, this is NOT how you start a photography business

Photographers, you need to watch this before you start a YouTube channel