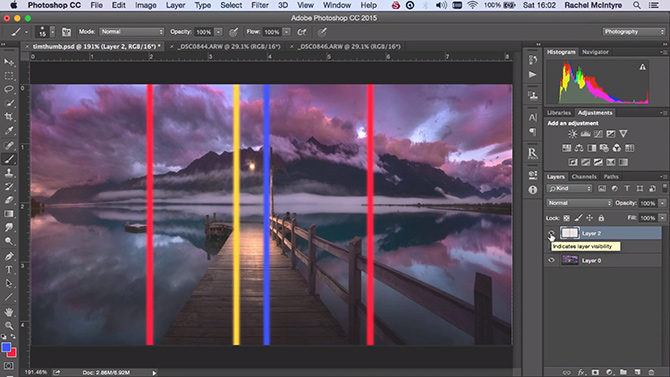 With the speed boosts and memory capacities of modern computers, stitching multiple shots together to make larger panoramic images has become a very common technique used by many photographers.  Chances are, if you’re reading this, you probably have too, or you’ve at least thought about giving it a go.

While most stitches go pretty well, there are times when Photoshop isn’t quite sure what you want it to do, and gives you a result you definitely didn’t expect.  In this video tutorial from Photoshop wizard Jimmy McIntyre, we see some pretty in-depth techniques for recognising these issues and how to overcome them.

I know I’ve come across at least a couple of the issues shown in the video, and ended up resorting to other software, but I may now have to revisit those shots with Photoshop and see how some of these techniques work out.

Strange artifacts where two images blend is one that I used to see quite often, especially in scenes with moving objects such as boats, trees in the wind, or wildlife.  Jimmy’s answer?  Simply crop them out image that’s causing the problem and let it make them up from the rest.  It seems such an obvious solution when you actually see it in action. 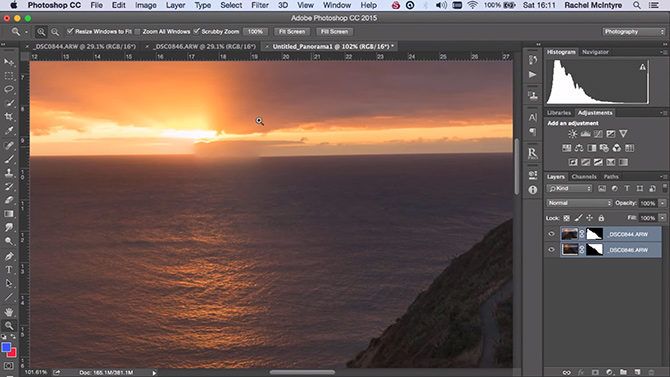 Jimmy does stress in the video that other software is available, such as PTGui or the more popularly priced (free) Hugin, both of which are excellent, but it’s good to know how to deal with these problems within Photoshop, too.

Sometimes you just want to put a couple of images together quickly, and the dedicated stitching alternatives often seem to just add too much time to the workflow, even if they do usually produce a flawless result.

Is stitching a part of your regular workflow?  Do you do it in Photoshop, or another application?  What tricks do you use that aren’t mentioned in the video to help you get around problems?  Let us know in the comments.

How to make difficult hair selections in Photoshop CC

« Reality Check for Millennial Arts Students Looking for a Job
You wait ages for a bus, and then one shows up to photobomb your demolition video »