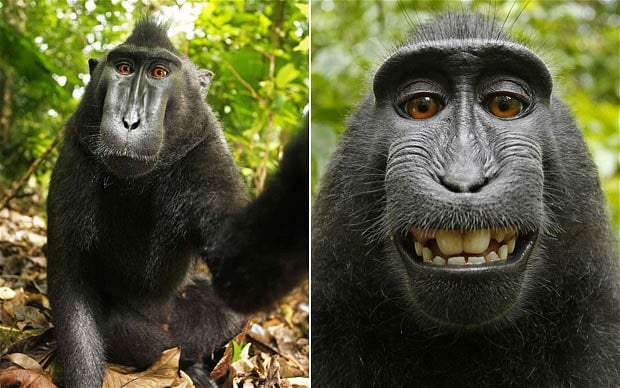 In 2015, People for the Ethical Treatment of Animals (PETA) filed the most ridiculous lawsuit ever against photographer David Slater. The famous “monkey selfie” case has been going on for two years now, and it has done Slater a lot of harm. However, judging from the latest report, it could finally end in the settlement between the Slater and PETA.

When one of the monkeys hijacked Slater’s camera in 2011 and took a bunch of selfies, the photographer couldn’t have imagined what would result from that. The photos went viral, but they soon found themselves on Wikimedia Commons under public domain. Wikimedia refused to take the photos down, claiming the monkey pressed the shutter and thus owns the copyright.

Then PETA came with their lawsuit against Slater, claiming that the monkey named Naruto should own the copyright to his selfie. The case has been going on for two years now. The court ruled that the monkey couldn’t own copyright on photos, and PETA appealed the decision, making the case move on. But finally, according to the court documents, the two parties seem to be on the verge of ending this monkey business once and for all.

As PDN Pulse reports, PETA, Slater and  Blurb, Inc. (a co-defendant with Slater) have asked the US Court of Appeals for the Ninth Circuit to stay PETA’s appeal in Naruto v. David Slater. The settlement talks started after oral arguments in the case last month. The lawyers of both parties stated that they “have agreed on a general framework for a settlement subject to the negotiation and resolution of specific terms.” They also said that “the parties are optimistic that they will be able to reach an agreement that will resolve all claims in this matter.”

The details of the possible settlement are not known yet. But, I do hope it will be favorable for Slater, that’s the least he deserves.

« Have you found your inner artist?
Quick tips for posing male friends who aren’t models »