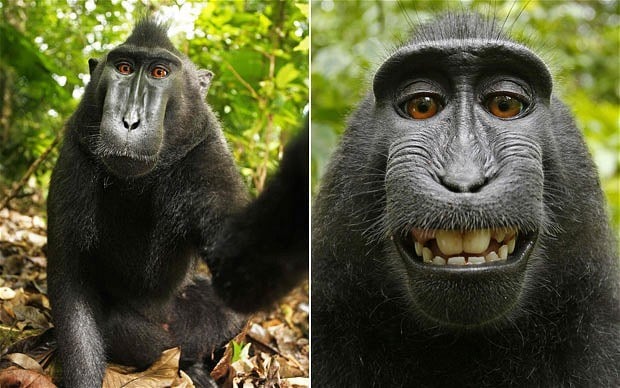 remember that monkey who took a selfie and then PETA claimed it owned the copyrights for that selfie? And remember that the federal court ruled that the monkey can’t be the owner of the  photos? Well, you know the saying: It ain’t over till the fat monkey sings. And indeed it seems that PETA just appealed the decision in what has to be the weirdest copyright case in the history of monkeys.

Here is a short executive brief in you are new to the case (or to photographer monkeys):

Peta are now appealing claiming that “in every practical (and definitional) sense, he [Naruto] is the ‘author’ of the works“. (Naruto is the selfie loving monkey)

Now, on one hand the ruling should be quite interesting (especially due to its implications on Octopi and other animals), on the other hand, I must say that this looks like PETA is just seeking free publicity.

This is inline with what Mr Slater said: “It’s nothing to do with the monkey, they [Peta] just care about the promotion… They are going on the idea he [Naruto] owns the copyright, which is clearly absolutely ridiculous. They put me through the mill in California and that was thrown out, and they are continuing to spend huge amounts of donors’ money on a frivolous suit.”