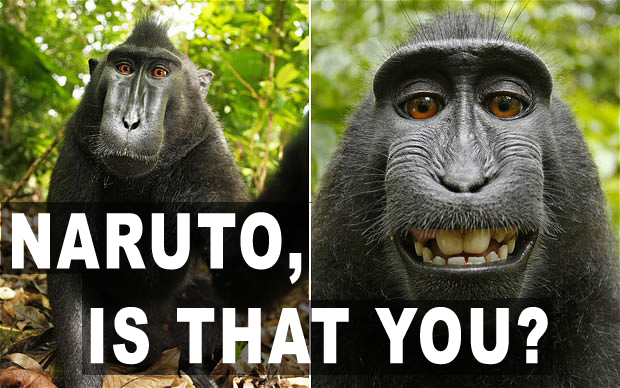 Just when you thought a copyright battle about a monkey’s selfie couldn’t get any more bizarre, Photographer David Slater responded to PETA’s lawsuit with yet another surprise move in this ongoing saga.

Rather than argue in favor of the photographer’s ownership of the copyright, defense papers claim PETA can’t prove Naruto, the monkey on whose behalf it’s suing, is the monkey seen in the photos.

As you may remember, the saga began when Wikimedia posted Slater’s photo of the black macaque after they went viral in 2011. Denying his request to remove the photos, Wikimedia claimed the photos are in the public domain since it was the monkey who pressed the shutter button.

A short while later the US Copyright office issued updated policies, including one stating that photos taken by animals have no copyright.

Taking advantage of the seemingly unclaimed intellectual property, and dismissing the above policy as an “opinion”, PETA stepped in a couple of months ago stating the monkey in the images is a male macaque named Naruto and filed a ‘next friend’ request to recognize him as the copyright owner of the photos he snapped. You know, since being a monkey he is unable to do any of this.

PETA is also seeking a court order that will allow it “to administer all proceeds from the photos for the benefit of the monkey, which it identified as 6-year-old Naruto, and other crested macaques living in a reserve on the Indonesian island of Sulawesi”.

The above suit relies on the monkey in the photo being identified by PETA as Naruto, and according to the Washington Post this is exactly what Slater is targeting in his defense. That’s right, Slater isn’t claiming he owns the copyright or that an animal can’t own it – he’s arguing that if an animal can own copyright, Naruto would not necessarily be the one entitled to claim it.

In a book Slater published he described the monkey as a female and he claims PETA did the same in previous statements, while Naruto is clearly a male.

PETA identified the famous monkey as Naruto with the help of primatologist Antje Engelhardt, who is suing along with the organization, and her colleagues from the reserve where Naruto resides. Motherboard quotes these people saying are “very much aware of, and recognized, Naruto in the photographs”, but are they correct?

Motherboard’s Sarah Jeong decided to look into this a bit deeper and contacted other primatologists, and sure enough she received varying responses.

While one said he is unable to identify the monkey based on the photos but was certain the local researchers would be able to do so, others weren’t as decisive.

Carol Berman has a few Ph.D students associated with the Macaca Nigra Project and he told Sarah that he “can say with confidence that the monkey in the full body photo is a juvenile male.” That being said, he also mentioned that the monkey in the ‘smiling’ photo is not necessarily the same one. It is “either a female or a young male” he said, based on the animal’s teeth.

Obviously the photographer had a word or two to add to these findings:

“All you need to know is PETA have no proof they are talking about the same monkey. They hope you will buy into their stunt because an expert is willing to say her monkey is the one in my photos without proof. Engelhardt is bringing the Macaca Nigra Project into disrepute. And, WHY aren’t PETA suing Wikimedia for loss of royalties? Important question!”

[via The Washington Post | Photo by David Slater (or Naruto. Or another macaque)]