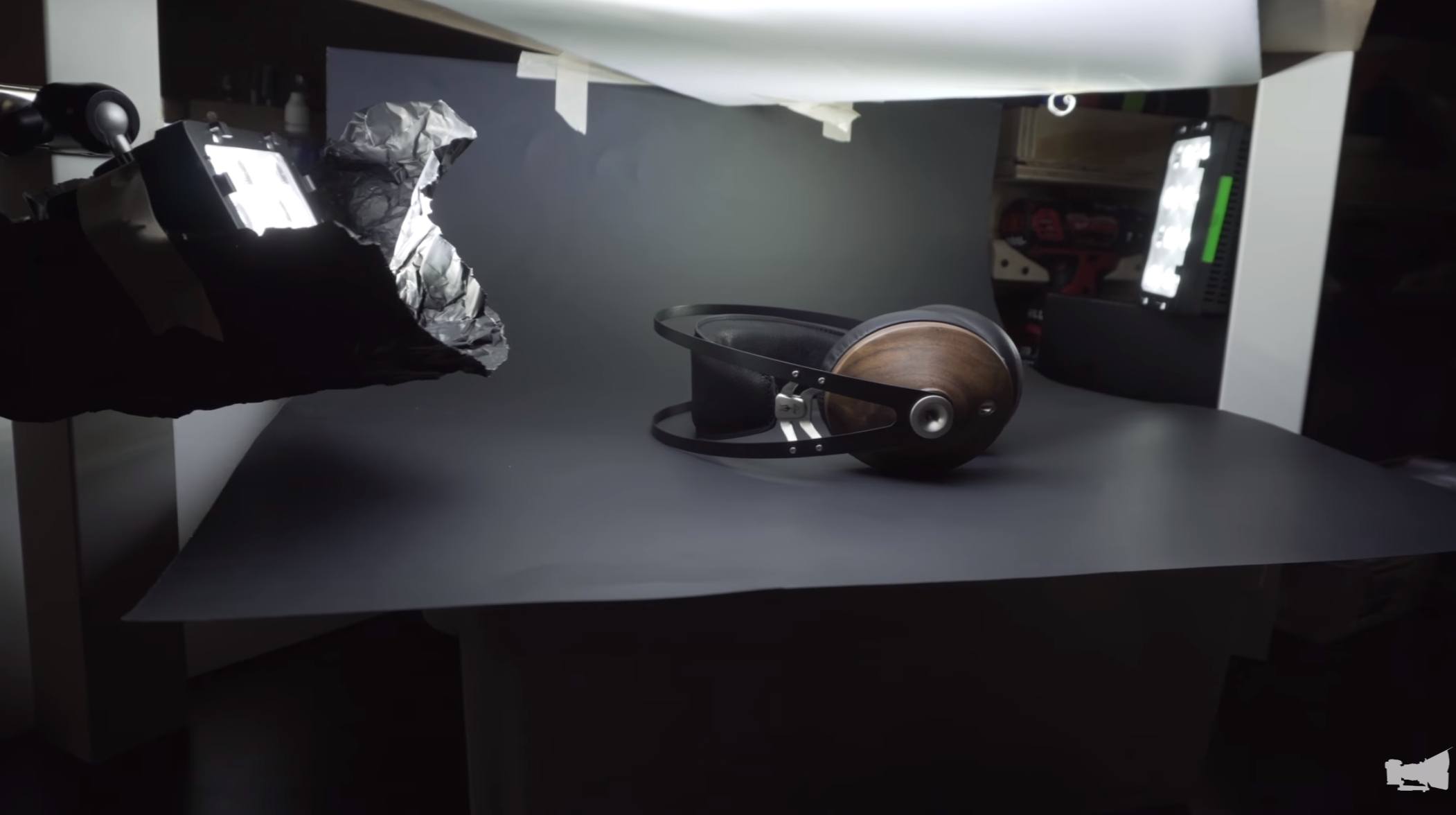 Here is a nice concept for product photography. If you are familiar with table-top, you will love this table-bottom concept.

This one is coming from Caleb Pike of DSLR Video Shooter, and is extremely clever. Unlike the usual light tents which use a cut out box, Caleb uses the space under a simple, $8 IKEA LACK table.

The other nice thing is that Caleb is using a single cheap video light and actually controls the rest of the light via pieces of foam core.

The hack involves removing a single leg out of the table (or not screwing it in the first place). That missing leg will provide plenty of access.

Then you would need to set up some cardboard as backdrop and a small video light reflecting off a some foam-core glued to the ceiling.

The rest of the foam core boards are used for controlling light. So you can bounce light to create gradients on the backdrops, or create specular surfaces to eliminate hotspots.

The only thing that you would really have to take care of is eliminating any light coming directly from the LED light into your scene. Caleb used some cinefoil but using gaff tape, more foam core or any other flagging solution will work.

P.S. Ducttape? Caleb? where is the Gaffer tape?

Using a $7.99 IKEA Lack Table To Build A Lightbox