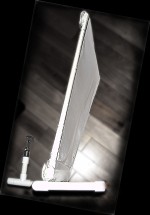 Wouldn’t be nice if you could setup a small studio on every table? Around every plate?

Martin Kimeldorf did just this, and was kind enough to share. You know Martin. He is the master mind behind gadgets like the Light Stand Portable Backdrop Mount and the Kimel Bouncer.

The next invention by martin is kinda like the diffusion panel that we featured way, way back on the early days of DIYP, only it is way more portable, and has a build in flash mount.

It’s all Martin after the jump.

Is there anything fun-ner than playing with gaffertape, foamies, hot glue and velcro? For me it would be playing with food. When I used to write bbq cookbooks (like this one and this one) I relied on my trusty point and shoot macro setting, with slight flash. Got some mighty tasty shots of brisket, ribs and potatoes salad. Now that I might be revising some of these recipes and accompanying pictures I’m ready to take it up a notch.

I wanted my new Portable Diffuser-For-Food/Still Life system to meet my new criteria for DIY type projects (or any product for that matter). It must solve a real world problem, it must speed up the workflow, it must be easy to transport. And in DIY land, it must be cheap.

I began pondering the work of David Hobby on food. His DIY was brilliant. 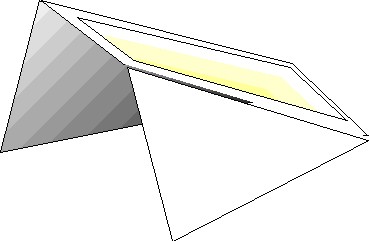 I began with a modified concept, designed to fold up quickly and be portable. Then I saw Joe Glyda setup: large soft boxes on Kelby.com along with bounce cards.

More to the point I have never liked food shots in a high key, white backdrop. I want to see food in its natural environment and light and colors, even if bokeh wipes it out a back. So I decided I needed to have the light from above and on the side-rear rather than behind. This allows me to catch backgrounds and directional shadows. Finally, I wanted to have a situation that quickly set up in small places, like my kitchen island counter top. I came up with the following, and it folds up and packs nicely into an art portfolio. 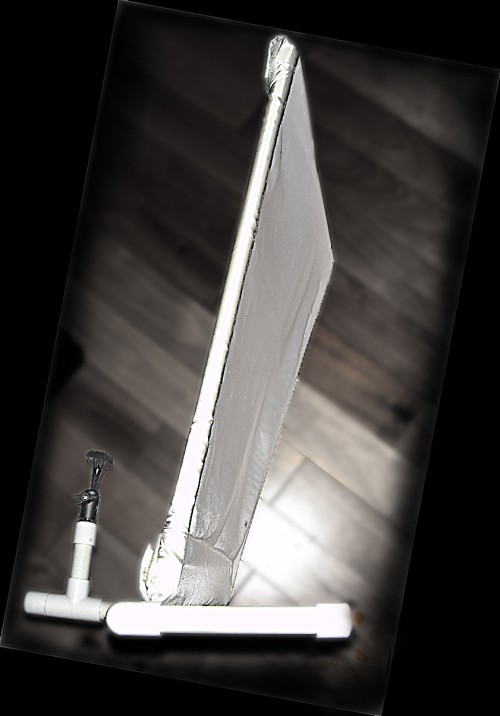 The base is made from PVC in the shape of a U. The back side holds a vertical element that holds a Hakuba HCS25 Ball Socket Shoe.

I designed the U to be twice the length of an average plat of food. The vertical diffusion panel behind it fits inside the panel making it about 20 inches square. 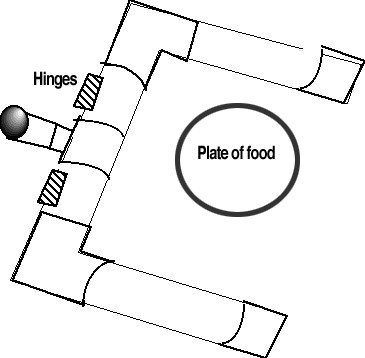 Adjustable hinges hold the panel at any angle I need. The flash then is pointed through the panel. They are expensive at $26 and come from McMaster.com, and they do the job: http://www.mcmaster.com/#catalog/115/2960/=4qdl24 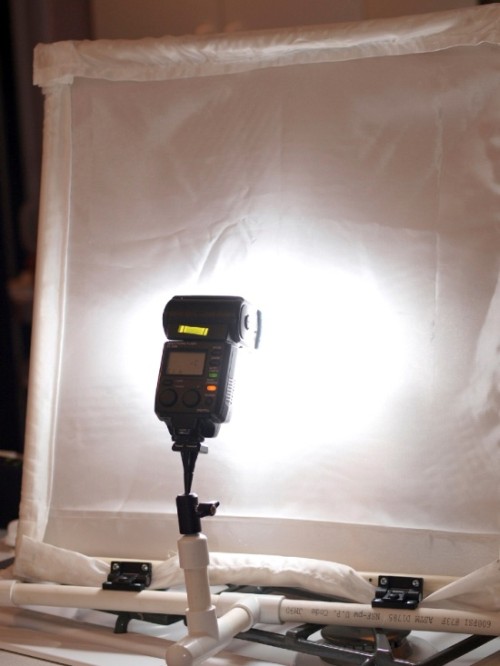 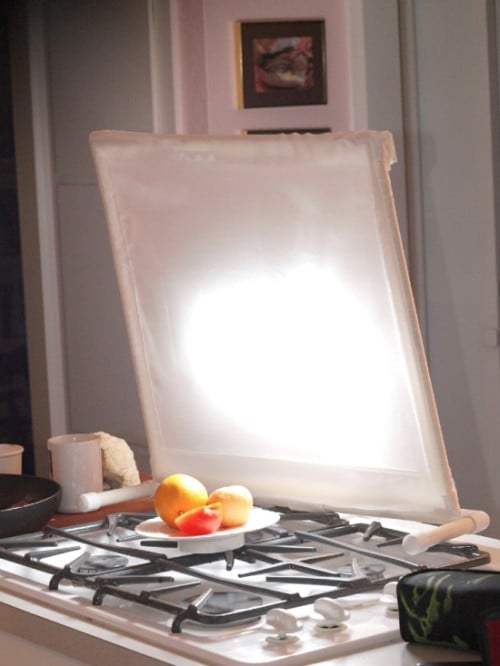 I prefer side lighting with small reflector cards opposite the screen. I then shoot down the “alley way” between the reflector and diffusers. With the screen on the side I can include the backdrop from the kitchen as shown on the left. I can also put the screen directly behind the food as shown on the second photo. 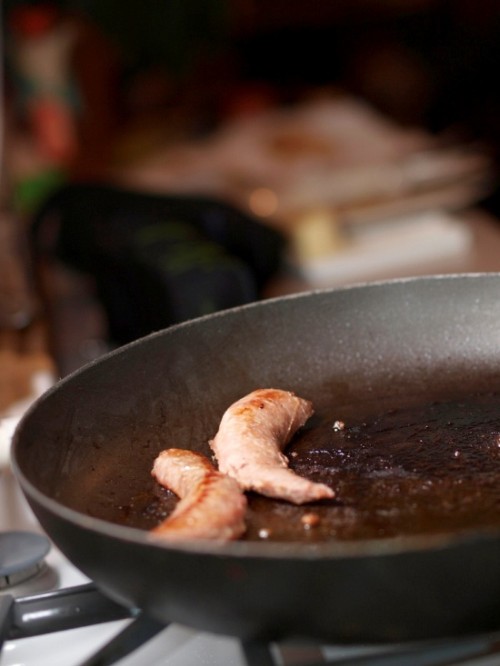 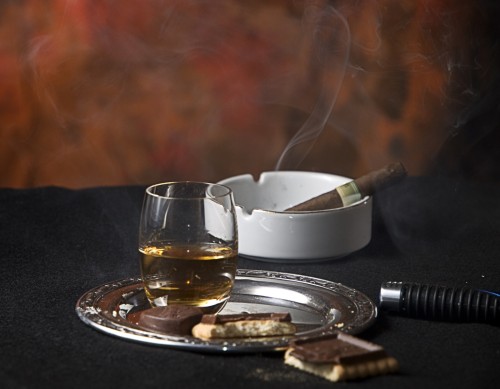 I took the last rose of summer and lit it from behind with a blue gel. Then use a snooted yellow gel on camera right. Finally I polished it off with some Photoshopping. 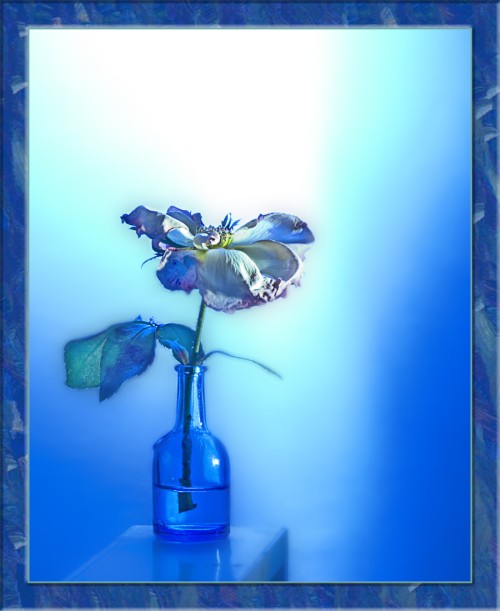 And later interpreted it as seen here.

What I like best about this item is that I can quickly set it up and don’t even need a light stand and all the extra goodies. It fits in cramped places, like restaurant tables and is very flexible. The reflectors are simply miniature V-cards made with cloroplast and some tape. It all fits in a black portable portfolio case and is easy to transport.

« The Essential Guide To Portrait Photography: An ebook Review And A Giveaway
Quickie: Use a Welding Glass As A 14 Stops ND Filter »