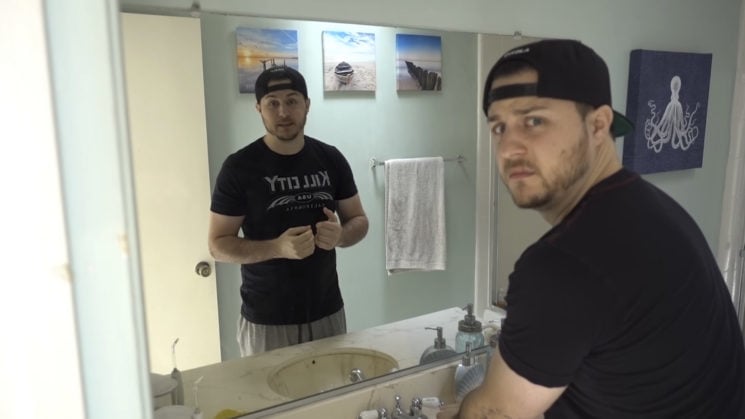 This is one of those classic movie effects, especially in horror movies. There’s your soon-to-be victim, looking at themselves in the mirror. They finish what they’re doing, turn to walk away, and the reflection stays there, with a stupid evil grin on its face. It’s a cool effect and one that’s very easy to do in After Effects or Premiere as this video from Ian Sansavera of Learn How To Edit Stuff shows.

The same effect can also be achieved quite easily in Premiere Pro, too. Ian just prefers the way it looks in After Effects. The technique can be translated over to Premiere quite easily, though. It’s a pretty straightforward technique, that only really requires a few steps.

The first one is the difficult bit. You might think to record this in two separate clips, as you need two clips in AE. But Ian recommends recording it in one big long take. This way, there’s no risk of your camera moving slightly between takes as you hit the record button. It’s easy to chop up a clip in post.

But what’s difficult about it is getting your timing perfect. You have to repeat every move exactly, right up until the point where you want things to change. Getting the timing perfect at the beginning is the key to surprising the viewer. 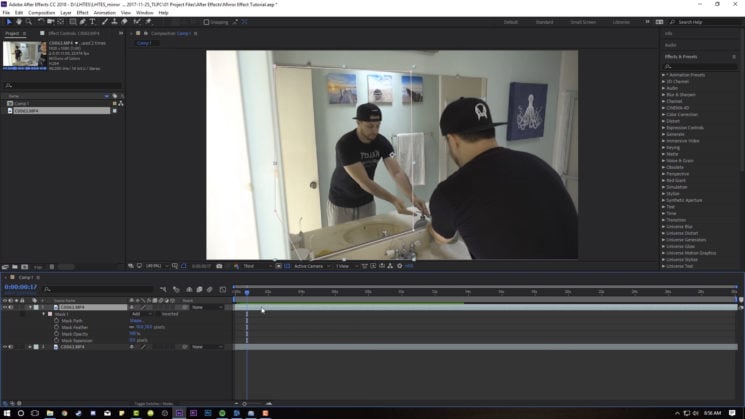 With the two clips masked off, the finishing touch is to simply add some camera shake. With After Effects, you can use the wiggle function, if you wish. But, for a more realistic handheld motion, Ian has another tip.

Simply stick a small piece of tape to a clean wall, and then film it handheld for a minute or so. Then motion track the footage, and apply that motion to your final mirror shot. Then you have genuine handheld camera movement.

A simple technique with convincing results. As long as you can get your timing right.

« When, why and how to use a light meter to nail your exposure every time
We took four models into the desert to create dramatic portraits in the landscape »