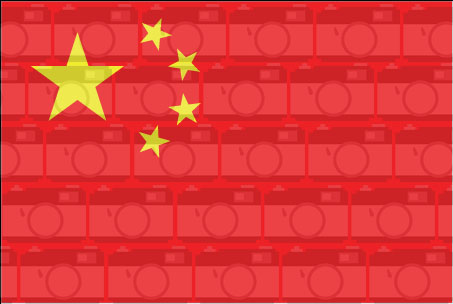 A few days ago Jaron Schneider posted an interesting piece over at F stoppers projecting a pretty poor future for the American lighting industry. It’s a very interesting read and I encourage you to head over and check it out.

I am not going to repeat the entire post here, but his main point is that the industry has cut costs by moving manufacturing over to China. After moving manufacturing, the industry then moved the engineering overseas. In the end of this process, China no longer needs American brands to produce good lighting gear, and American lighting companies have found  themselves fighting their own creations. Jaron ends the post with the sad prediction that “there is no way out of this cycle of depression for most US companies.“

Speaking as a small manufacturer , I think that while the points that Jaron raises are valid, they are only a small part of a bigger picture that’s not completely without hope. Here are some of the more encouraging points that come to mind.

The first point is that cheap photography products are enabling photographers. If you turn the story around, and look at it from a photographer’s point of view, there’s a multitude of cheap quality products and a low cost barrier to entry.

Strobes like the YN 460 which sells for as little as $43 has been many, many photographers only option when it comes to off-camera strobing. The pricier, yet totally reasonable LumoPro 160 (which is made in china) could only be sold for about $160 when made off shore.

The explosion of creativeness that we see today is not entirely disconnected from gear. Don GIannatti puts it quite well when he says that taking a well exposed, focused picture is not enough. I believe that some of this flow of creativeness is coming from the fact that it is almost a no brainer to pick up a strobe. Or a dolly. Or a modifier. It removes the money from the equation (and this is coming from a DIY blog)

Now, don’t get me wrong, ripping off a design is not something that I stand behind, but I think it is important to remember that not all cheap Chinese designs are rip offs, and not everyone who buys them could have afforded a 10s of 1000s of dollars system.

This is of course, from the photographers perspective, what about manufacturers?

The second time China acts an enabler is when cheap production enables innovation. When a new invention comes to life, it is not always trivial to make the financial ends meet to make the leap from a nice prototype (or a 3D printed model) to a mass produced product. China production allows for three very important factors when it comes to small inventors (like me):

After spending money and time on R&D, and putting down the hefty sum for the molds (or other production tools) it is sometime financially impossible to make a large scale production run. The fact that trusted Chinese factories allows for small MOQs (sometimes as low as 2 or 3 hundreds) can make all the difference between launching a product and keeping designs on paper. This is why almost all the gear we know of is being made in China.

Secondly, non-Chinese companies still have a ton of innovation up their sleeves, not always off-shored. Saying that the lighting industry has it’s fine days behind it is an over look from smaller companies. I think that the same revolution that has (and is) happening in media is now happening in the product market.

Ten years ago, we had gateways controlling our media, the big newspapers and magazines controlled what we read and (at least to a degree) what we thought. This, of course, changed with the rise of the net. You no longer need a publicist to get your voice out there. Opening a blog, a Flickr stream, a G+ account has never been easier if all you want is an unmediated channel to discuss with the public. And getting a decent ebook out takes nothing more that knowing what to say. Heck, both fiction and non-fiction have done pretty well with self publishing. It is enough to look at DPS publishing, Craft & Vision and Trade Secret Cards to see a similar trend happening in the photography publishing industry.

What does all this have to do with products? In the photography production market we are seeing  the same innovation that we saw with books in the photography product market. As a junction of info I have seen a pretty amazing stream of good products coming from US and Europe based companies (or individuals). Here is a short list that shows that innovation is still pumping hard in places other than the far east:

I think this is one of two building stones that will eventually tip the scales in the favor of local companies, especially when

It is getting easier to prototype, collaborate and produce is small batches. So yes, it would be hard to win over China as far as price point goes. On the other hand it has never been easier to make really cool products happen. And if a trusted (and emphasis here is on trusted) Chinese factory is the only thing that enables production than why not.

Take the Trigger Trap camera trigger for example. This project was conceived by Haje of Photocritic and then came to reality with the aid of both Canadian and Korean engineers working via Skype, mail and shared docs as if on a single room. (OK, I am sure distance created some issues, but way less than say, 20 year ago). While I have not hand held a TT, it looks like an amazing piece of hardware. I find it pretty hard to believe that we, as customers, would be able to buy it at its current price point if it was manufactured in the US or the UK.

My point here is that having a rapid prototyping platform like Arduino and design services like Shapeways and Sculptico is not enough to release awesome products. We also need cheap manufacturing, and right now, that’s coming from China.

The key here is to use a trusted factory, and while I have not had the pleasure of using a trusted Chinese factory (or any Chinese factories at all) if you look around, you’ll see that some designs are not getting ripped off. (The Orbis ring flash and the Lumo pro strobe are two examples that come to mind).

OK, so I think I made it clear that at least some production in China is good both for photography companies and for photographers. What about some other aspects? Why I think China is not yet directly competing with domestic brands all across the product rage?

I think that there is a big distinction between satisfying a commodity need and building an object of desire. Strobes or flashes, for example used to be object of desire, only a few professional photographers used them and they were expensive. Today, strobes are a commodity. For me, the difference is that while there are some high end strobes out there (definitely the Nikon and Canon flagships), strobes are becoming more and more of a “commodity” and less and less an “object of desires”. And as with any commodity, there is a full range of them, where lots of people don’t really care about who stands behind the strobe as long as it does the job. This is where low price points win.

Objects of desire, on the other hand are rare. They are crafted to a specific need, and most often give us more than the basic functionality of a product. They give us a story, a feeling of uniqueness. And copycatting just won’t do it. They way I see it, China is not big on building Objects of desire.

Take this with China’s limited understanding of how the market works in terms of distribution, quality assurance and customer care, and I see an even bigger potential from the one described above for US (or other non Chinese) companies to make awesome Objects of Desire. (I just bought Spiffygear.com for this reason. big things to come).

To sum up, I think that US (or other non Chinese) companies still have a lot going for them, especially for small companies or individuals who have something to give to the world. I also belive that there is still a competitive edge that China has not picked up yet and that there is a constant stream of great products coming from all over the world.

Lastly, I also think, that if you have a good idea for a product you should go ahead and build it. The barrier to entry has never been lower.