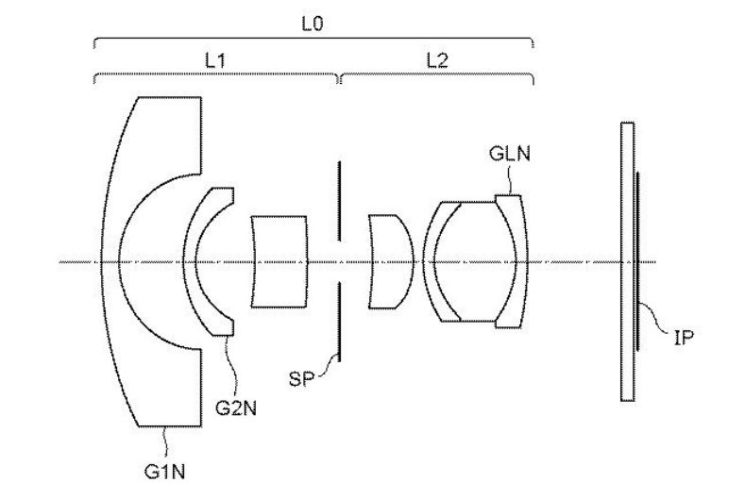 In a recent patent filed in Japan, Canon has introduced an 8mm f/4 fisheye lens. It seems to be made for full-frame cameras, and with a 182° angle of view, DL Cade notes that it is practically able to see behind itself.

The patent application describes that the lens covers a circle diameter of 23mm.  You would need a full-frame sensor to see the full fisheye circle.  It’s not stated anywhere whether the lens is meant for Canon EF or the RF mount. But I’m guessing it’s RF because Canon said they would put the focus entirely on their mirrorless line.

We’ve already seen some fisheye lenses that see behind themselves, starting with Nikon’s massive 6mm f/2.8. The one prototyped by LensRentals, C-4 Optics 4.9mm f/3.5 Hyperfisheye, is even available to buy or rent.

More details and sketches are available here. The patent application is in Japanese, but you can use Google Translate to get a general idea. There’s no word on when and if Canon will manufacture and release this lens. But it would be interesting to see it, even though it’s not something you’d shoot with every day.

This insane wide-angle lens sees behind itself and it can be yours for “only” $39,000

How To Add An ND filter To The Impossibly Curved Rokinon 8mm F2.8 Fisheye Lens