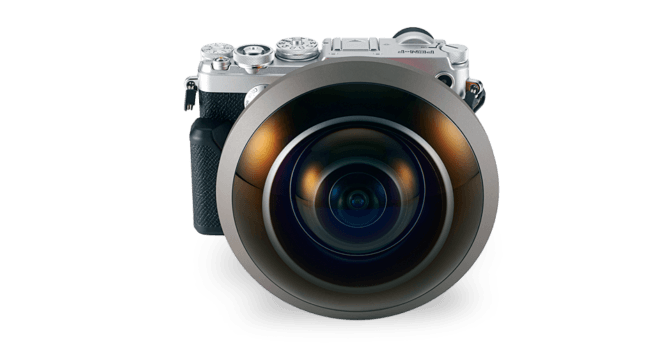 Entaniya’s fisheye lenses for GoPro cameras have proven to be quite popular since they were initially released. They led to the creation of something Entaniya calls “One Shot VR“. This is essentially footage shot with a single 250° fisheye lens and then mapped into a VR sphere. It doesn’t contain the complete surroundings, but as long as you don’t need to look directly behind you, it does a pretty good job.

Now, Entaniya have scaled up the lens and announced the new Fisheye 250 for micro four thirds cameras. This allows you a much higher degree of control over your fisheye video footage, as well as the ability to shoot raw stills. It’s quite a large lens, weighing in at 1.6kg, but it still weighs a lot less than Nikon’s legendary 6mm f/2.8 which only offered a mere 220° field of view. 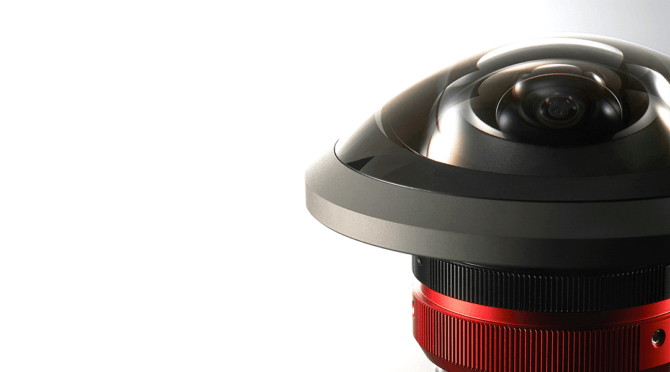 Unless you’re creating VR content, or following skateboarders, it’s difficult to understand why you’d need such a wide angle fisheye lens on a camera so large. But, with VR content becoming more and more popular, and VR capable devices becoming more widespread, now is a great time for such a product.

As well as Entaniya’s One Shot VR, which uses a single camera’s footage to create a VR-esque view, the cameras can also be doubled up. This gives a full 360° view with enough at each end to overlay for stitching. Depending on the cameras used, though, the vertical field of view may only be 140°, and you’ll need four cameras for a complete 360 VR solution. 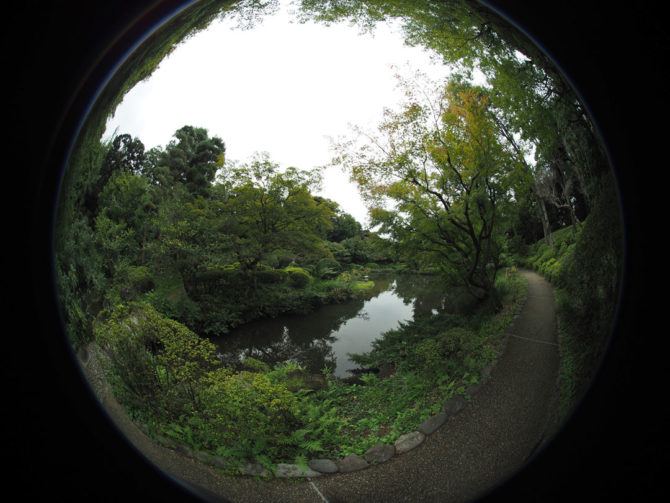 This is quite the investment for a complete VR solution, but four cameras each shooting 4K would result in some very high resolution VR footage. And it’s still cheaper than most of the 6 camera setups using lenses that aren’t quite so wide.

The lens is available in three different versions. Each of which is a slightly different focal length, but all three offer the same 250° field of view. There are 2.3mm, 3.0mm and 3.6mm lenses for different sized sensors with different aspect ratios.

The 3.0mm lens is designed more for one-shot VR, offering a 140° degree vertical field of view on a BlackMagic 4K Micro Studio Camera, and the same 250° field of view as the others. It’s not going to reach all the way up to the top and bottom (similar to the GoPro footage below), but it may be enough for some projects.

The 3.6mm lens is aimed at power users who want to be able to stitck 6K footage together. Using four vertically aligned BlackMagic 4K Micro Studio Cameras, you get a complete 360° view horizontally and vertically. The footage from the four cameras can be stitched together in post to create 6K VR sequences.

If you’re using a regular micro four thirds mirrorless camera, things get a little more tricky, and the best lens to buy will ultimately be down to you and your needs. Some offer wider field of view than others, yet not all of them project a large enough image circle to fill your sensor. You can see the full comparison on the Entapano website and determine for yourself which you’d need.

For an example of Entaniya’s One Shot VR, they have provided a sample video. Do note, however, that this was not shot with the Fisheye 250 for Micro Four Thirds. It was shot using the FishEye 250 for GoPro. So, while the footage may not look as good as it could, it demonstrates the principle very well.

You can find out more about the Entaniya Fisheye 250 lenses on the Entapano website. A release date has not yet been set, although it is expected that the lenses will ship before the end of 2016. Currently the price is listed at JPY¥388,000, which translates out to around $3,750.

Including the cost of four BlackMagic cameras for a complete 6K VR solution, you’d be looking at a total cost of a little over $20K. A pretty substantial amount.

What do you think? Is 360° VR worth this kind of an investment? Or is it the technology still too immature? What else could you see yourself shooting with such a lens besides VR content? Let us know in the comments.

This 4.9mm Hyperfisheye prototype lens is so wide it can see behind itself

This insane wide-angle lens sees behind itself and it can be yours for “only” $39,000

« Kodak’s Ektra is a smartphone aimed at photographers
Wanna start with Photoshop? These are the three books you need to read! »