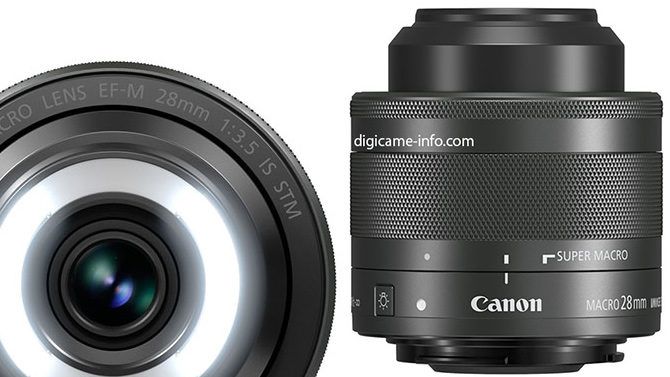 Macro ring flashes can be expensive, but trying to shoot macro without external lighting of some kind can be extremely difficult.  Canon are hoping to do something about this with a new EF-M f/3.5 28mm STM macro lens for Canon Mirrorless cameras, if these leaked photos are true.

Bearing a plastic mount, it seems that this lens is aimed at the entry level, those hoping to make a start on their macro journey, and is expected to have a lower price as a result when it is officially announced.

The choice of going with plastic rather than metal helps to lessen the weight, with some reports calling it “The world’s lightest macro lens”, although whether or not that is true remains to be seen. 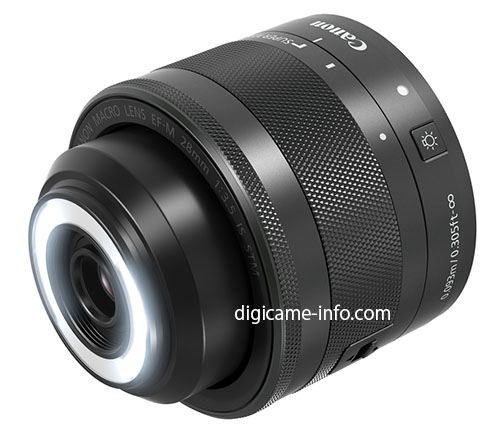 The lens is expected to feature hybrid image stabilisation and a stepper motor powered autofocus system, have a focal length of 28mm and a mximum aperture of f/3.5.  What’s particularly interesting about this lens, though, is the built in LED Ring Light in the front of the lens. 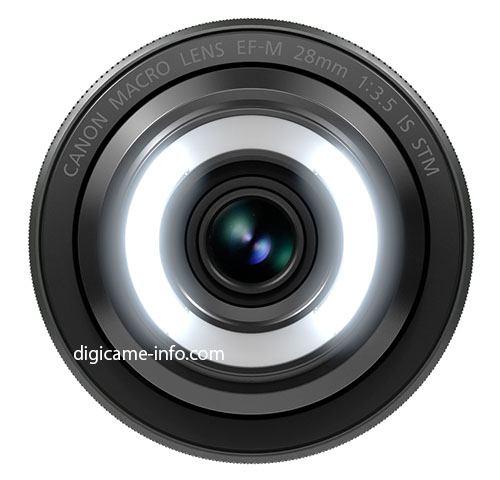 Digicame-info are reporting that the lens has a minimum focus distance of only 9.3cm from the sensor itself, meaning you can be almost touching your subjects with the front element, which is where a ring light right on the end of the lens comes in quite handy. 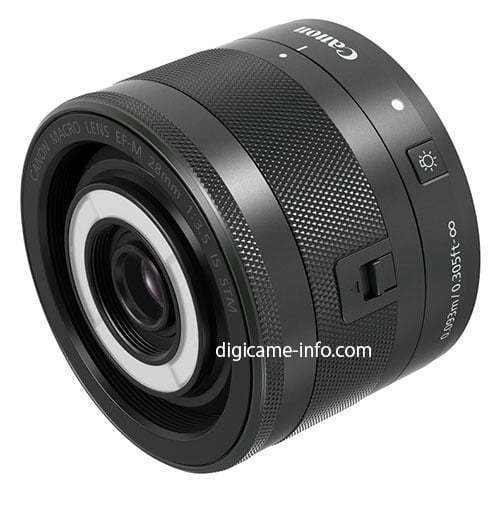 It’s an interesting concept, and I’ve occasionally wondered why we’ve never seen something like this before.  Of course, it’s not going to replace a decent ring flash, but there are times when I can see it coming in useful, especially for quick shots when you don’t want to have to mess around with ring flash brackets and TTL extension cables. 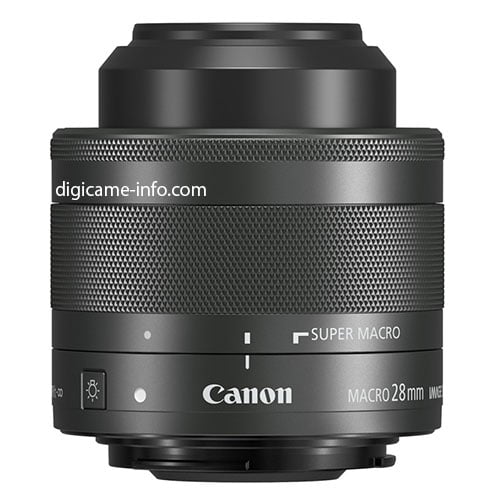 The choice of focal length for this seems quite odd to me.  Personally I’ve always found that when it comes to macro, the longer the better, so I’m not sure how a 28mm macro with a “magnification” factor of 1:2 (is it still magnification if it’s only 1/2 life size?) could actually be all that useful.

Even on the Canon M bodies, with a 1.6x crop factor, it’s still only the equivalent field of view to that of about 45mm on a full frame body.  But, just because I can’t see a use for this myself doesn’t mean it won’t be useful to somebody out there.

No final specifications yet, no price or release date, but reports suggest that an official announcement from Canon will be coming soon.

Do you shoot Canon Mirrorless?  Could you see yourself having a use for such a lens or do you think it’s just a gimmick that’ll go nowhere?  Let us know in the comments.