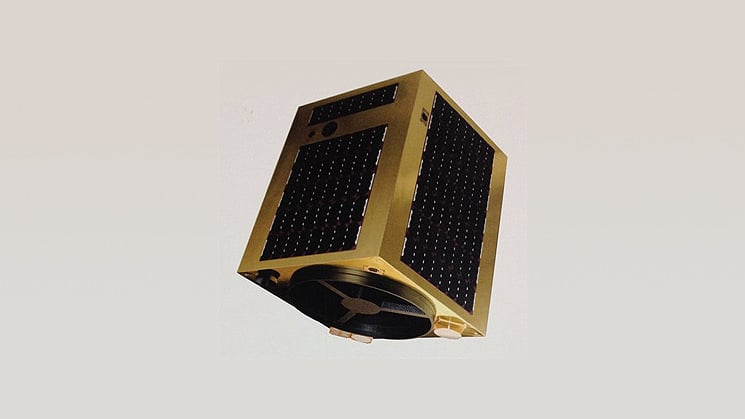 It seems that Canon’s CE-SAT-1B camera satellite was not meant to be. The BBC reports that Electron, the rocket launched by American company Rocket Lab, failed in its late ascent and that all satellite payloads are “assumed to have been destroyed” which includes Canon’s new imaging satellite

The CE-SAT-1B satellite was the one we told you about a couple of weeks ago that, for some reason, was loaded with a Canon 5D Mark III and a PowerShot S110. It was a small satellite, measuring only 50x50x70cm, but would offer a 1-metre ground resolution view of the earth’s surface from 600km above its surface.

The initial launch of their Electron rocket, under the somewhat ironically named mission “Pics Or It Didn’t Happen”, seemed to go quite well, but when the video feed started to stall a little after five minutes into the flight, it became quite clear that there was an issue with one voice stating “initiating mishap response plan” at around 6:35 into the mission.

The main payload for the rocket was Canon’s CE-SAT-1B satellite, which is part of a series that Canon is producing to image features on the ground. At the moment it seems unclear exactly what caused the issue, although they say that it didn’t manage to reach orbit.

We lost the flight late into thhe mission. I am incredibly sorry that we failed to deliver our customers satellites today. Rest assured we will find the issue, correct it and be back on the pad soon.

This was followed up the next day by a video, also via Twitter through Rocket Lab’s account.

A brief statement about today's mission from our founder and CEO, Peter Beck. pic.twitter.com/QUShtzp7J0

Despite this obvious setback, Rocket Lab is preparing to launch more missions including one carrying Canon’s CE-SAT-IIB satellite which is expected to launch later in 2020.

Canon is launching a satellite, but why are they sending it up with a 5D Mark III?