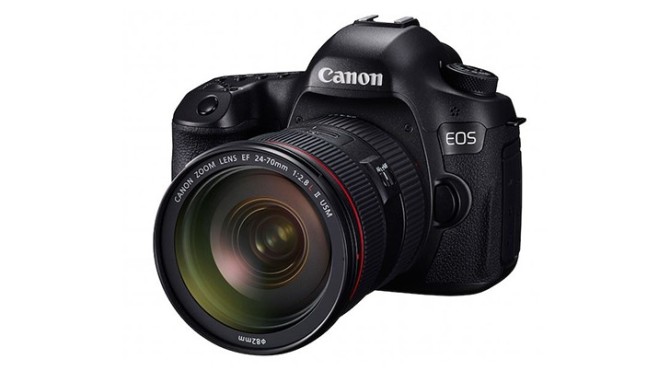 Canon’s 120MP DSLR concept camera, which was on display at Canon EXPO this week, is said to be at least two years away according to Canon Rumors’ sources within the company.

The camera’s body type is also said to be undetermined at the moment, as Canon is waiting to see where it will ‘fit into the marketplace’.

As expected, Canon is also waiting on camera-related technologies to catch up, and luckily the announcement of this camera is likely to accelerate the development of new lenses.

Many people wondered why Canon bothered to announce earlier this week that it’s developing a 120MP DSLR camera, and we now seem to have the answer – or at least as welcome side effect.

While Canon revealed its work on a 120MP sensor five years ago, the recent announcement of a working DSLR prototype seems to have successfully sent the message across to other manufacturers that it is going to become a reality and they need to prepare for it.

Some related technologies seem somewhat prepared for such a monster, for example Samsung’s 16TB SSD and SanDisk’s 512GB memory card, but others have a longer way to go. Obviously even Samsung and SanDisk’s technology isn’t quite there yet, especially price-wise, but they’re definitely heading in the right direction.

One of the main points of focus needs to be lenses that are capable of making the most of such a ridiculously high megapixel count, and CR has a source outside of Canon saying that the development of new lenses and “other projects” are being accelerated to be ready on time for the release of the camera.

Interestingly, and we cannot confirm this information, the source also mentions that many of the lenses being developed are new designs and not direct replacements of current lenses.

What I’m wondering, though, is will Canon plan ahead and design its new lenses to work well with the 250MP sensor of if they will only do so several years donw the line when it is actually needed.

Depending on where the market will be in 2+ years, who will want/need 120 megapixels and the expected price of the camera, Canon will decide if to use a 1D-series body or the smaller 5D body. I could be wrong, but I’m guessing they will go for the more compact 5D camera if it will have no direct competitors from which it will need to differentiate itself or justify a premium price tag.

By the time the camera is ready to be released, what do you expect will be the bottleneck for average users? Or do you think Canon will wait with the release until lenses, memory cards and computers are all easily capable of handling the camera’s massive files?