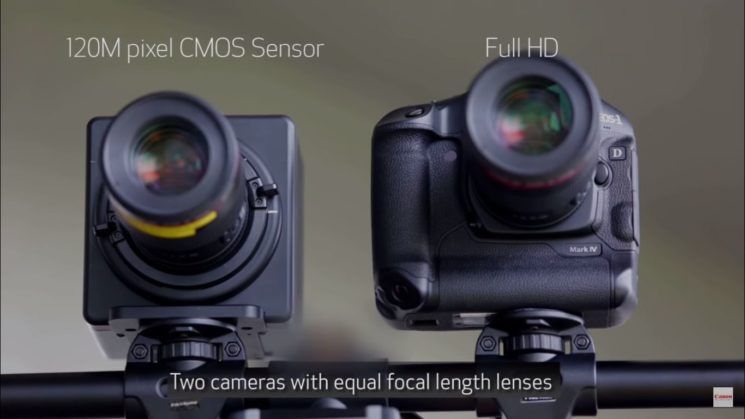 It’s been a couple of years since Canon announced a 120MP camera sensor. Now they have released a video which demonstrates how powerful this sensor is. In this video, you can see the comparison between the footage in full HD and 60 times higher resolution of the new Canon’s sensor.

Canon explains that movie shooting is possible with approximately 60 times higher resolution than full HD, and the image size is 13,280 x 9,184 px. You can see in the screenshot below how the details compare when the footage is digitally zoomed in:

The video also demonstrates the difference when filming people in a rugby stadium. Two cameras with lenses of equal focal lengths were used to film people in the audience, one in full HD and one with the 120 MP CMOS sensor. Here’s what it looks like when the footage is digitally zoomed in: 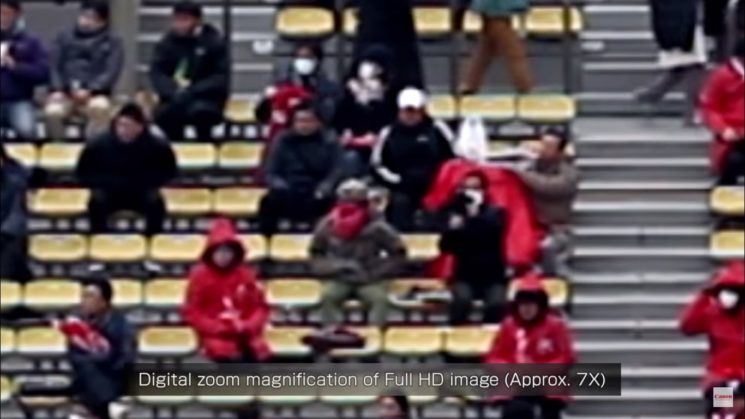 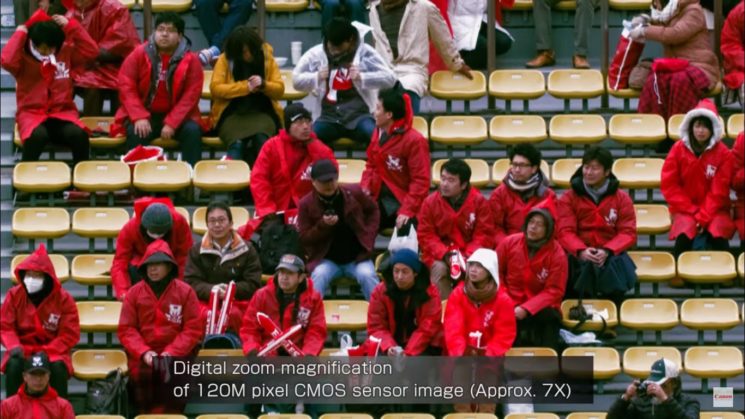 According to Canon, this sensor could have applications in wide-area monitoring, in a field with many unspecified people. The company claims it “seeks to continue breaking new ground in the world of imaging.” But, when and how exactly the new sensor will be implemented, we have yet to see.

« Japanese sushi chain bans photography in all their restaurants, thanks to a single GoPro
This is Huawei P20, the first phone with a triple Leica camera »