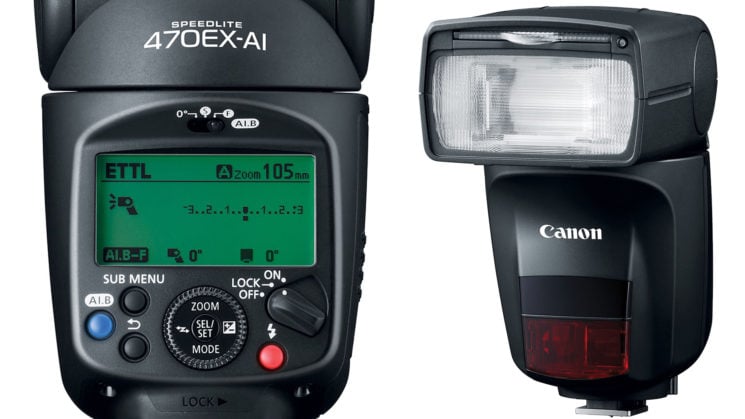 Canon has announced a shiny new speedlight. The Canon 470EX-AI. It contains a new feature that’s apparently supposed to make life easier for those who use on-camera flash, but I’m really not entirely sure why. That feature is a new motorised head which allows the flash to re-orient its head when you “double half press” the shutter button. Call me cynical, but this seems to be a solution looking for a problem.

The above video was posted to Canon Australia’s Facebook page today to coincide with the launch of the new flash unit. And I really just don’t get it. But we’ll get back to that, let’s look at the specs.

Not too bad, it’s a little less powerful than the Canon 600EX II-RT, obviously, but it’s also $130 cheaper than the 600EX II-RT. About what we’d expect from a $400 branded speedlight, really. But let’s get back to what’s weird. Apparently, it uses “AI” in order to determine the perfect spot from which to bounce your flash. Double half-press the shutter (I guess it only works if you back-button focus) and it repositions the speedlight head regardless of camera orientation.

I’m sorry, but what?

For a start, since when was it a hassle to reorientate your speedlight as you adjust your camera? And, when was doing it “the old fashioned way” ever as slow as this? Even if it becomes second nature to double tap your shutter button every time you re-orient your camera and then having to tap it again to focus, look how slow it is to move around and reposition.

It’s much quicker and easier to just take a hold of the flash head and turn it while you’re rotating the camera to me. Exactly how much of your $400 is going towards the cost of funding such revolutionary technology I’ve no idea, but I do wonder what sort of price this flash would be without it.

Like I said, to me, it’s a solution looking for a problem. But if you want one, you can pre-order now for $399 and will ship in April.

Yongnuo updates its 5-year-old speedlight, launches the YN685 II for Nikon and Canon