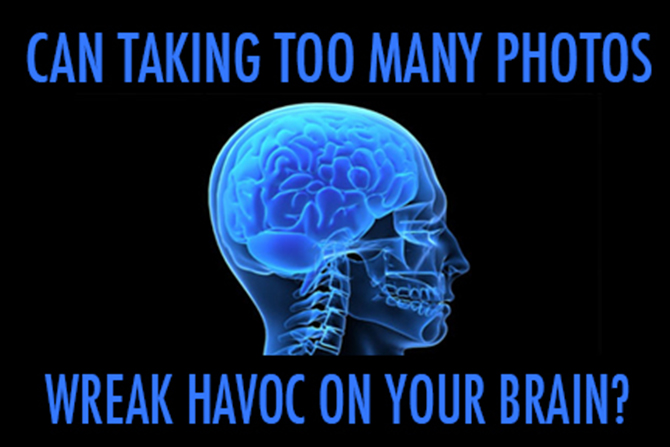 I barricaded myself in my office this past weekend, hoping to face off against one of my demons. I fought off the usual distractions. No calls or email. No Facebook or Twitter. No YouTube, memes, or cat videos. I was a man on a mission and nothing was going to stop me. If this demon was to be truly be expelled from this dimension, it would take all of my concentration. After all, it’s not every day you admit to yourself that your internet favorites/bookmarks are glaringly and alarmingly out of control. I felt pretty good when I sat down and launched my browser. Admitting you have a problem is the first step, right? If you’re anything like I am, your favorites list is filled with links to articles and websites that grabbed your interest when you really didn’t have the time to fully explore them. With one well-intentioned click of the mouse I’d been adding mountains to my digital clutter on a daily basis. When I clicked on Firefox’s bookmarks icon, I was greeted by literally hundreds of entries– relatively few of which had actually been organized into folders.

It was shortly after diving in that I stumbled across an article that had apparently caught my eye a few months ago. The headline read, “Psychologists Say Taking Too Many Pictures Could Wreak Havoc On Your Brain.”

I’ll pause here for a moment while you laugh, gag, shout, spit, or just scratch your head. Let me know when you’re ready for me to continue.

At first I thought there was no way this was an accurate headline. It had to be some kind of sensational, contrived search engine optimization sleight of hand, luring me in with one set of expectations, then swapping them with another once I was hooked. The old bait and switch. Imagine my surprise, though, upon getting into the meat of it and discovering that the article– and the “study” upon which it was reporting– were in fact accurate renditions of that seemingly ridiculous headline.

I had to know more.

Unfortunately, even totally whacked out theories like this one get to use scientific jargon and buzzwords. That being said, the “hypothesis” boils down to this:  By relying on photography to document experiences, we are subconsciously using the camera to remember for us. As a result, our ability to remember these events on our own can and will suffer.

If you’re going to keep laughing like that I’m never going to be able to finish. Please– calm yourselves.

According to the article, psychologist Maryanne Garry of the Victoria University of Wellington (New Zealand) posits the theory that taking “too may photos” (a term she doesn’t quantify) somehow undermines the way people form memories. An abstract of the published research says, among other things, that photography can manipulate not only our memories, but also the subjective interpretations of lived experiences.

“I think the problem is that people are giving away being in the moment,” Garry said in a recent interview with National Public Radio (NPR). She goes on to say that parents who take “tons” of photos have “got a thousand photos, and then they just dump the photos somewhere and don’t really look at them very much, because it’s too difficult to tag them and organize them.”

Wait. It gets better.

Really.  I couldn’t make this up if I tried.

Why This is Ridiculous

For starters, who are we talking about? Surely there’s a difference between the professional and the enthusiast, right? Taking it a step further, we can also assert a major difference between the enthusiast with a DSLR and the person documenting every salad and sunset with an iPhone. So, without some insight into exactly whose minds are allegedly being turned to mush by photography, it’s hard to give this study any real credence. It also seems as if the researcher’s “findings” are based more on the fact that people don’t take the time to organize their photos than on the idea that they may be taking too many. Somewhere the scientific method is reading the results of this study and choking on its lunch.

I wrote an article back in September entitled “Leaving the Camera at Home. You Can Do It…Really,” in which I talked about the importance of doing exactly what the title said– leaving the camera at home once in a while and actually living life, rather than just documenting it. We are constantly reading articles about the best advice for improving our photography. It seems that each and every one of those lists proclaims the need for taking your camera everywhere you go. While I totally get the ideas that the more you shoot the better you get, and you never know what you might miss by leaving the camera at home, I’d have to say that my relationships with the people important to me thrive in part because of my willingness to participate in their lives and not just document them. This is totally different from what the researchers in this study put forth as their reasons for putting the camera down once in a while, but you see my point.

How to Not Wreak Havoc On Your Brain

I have a feeling that the researchers and I have very different ideas of what it means to wreak havoc on one’s brain, but in the interest of science, I offer them these ten solutions to the scourge of taking too many photos that has gripped me in its digital choke hold. From now on, I promise to:

1.  Only take photos on Tuesdays, Thursdays, and Sundays.

6.  Only shoot from a seated position for the next 30 days.

7.  Only shoot facing north or south– never east or west.

8.  Only shoot for clients born in odd-numbered years.

10.  Always wait at least 30 minutes after eating before engaging in photographic activity.

The thing about research is that you can get it to say pretty much whatever you want it to say. Do I think that taking too many photos can wreak havoc on our brains? As interesting as it might sounds as a really bad horror movie, we all know that the basic premise is kind of ridiculous.

And now, if you’ll excuse me, I still have favorites to clean up. Who knows what other gems I may find?

The Ride of your life – Centrifuge Brain Project

Use it or lose it – Have you got the brain for street photography?

« Cross-Sectioned Fireworks Shows That They Are Simpler Than You’ve Thought
Tutorial: How To Create Film Sets From Scratch »