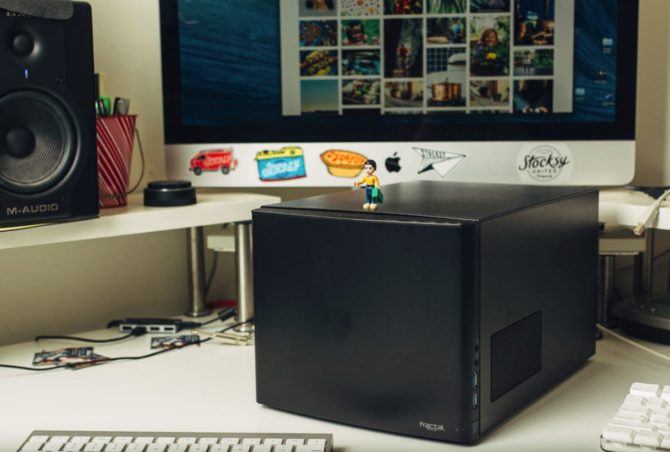 Computers and data storage are almost as important to photographers and cinematographers as cameras. If you’re serious about keeping all of your photos and videos safe and secure in one place – sooner or later you will want a network attached storage solution (NAS).

There are many commercially available NAS options, but with a little elbow grease you can also build your own high performance NAS from scratch and save money – continue reading to learn how!

The following article has been re-published with permission from Chicago based photographer and film maker Gabi Bucataru. Gabi’s work can be licensed through his portfolio at Stocksy United.

So, what do you do when your storage bursts at the seams with your ever growing photo, audio and video library? You could do of course several things beside drink and forget. One of them is falling for a dedicated NAS (Network Attached Storage) as I did about 1 year ago which works just fine, if you have nothing to do with your cash. Second is to actually build yourself a storage that will overshadow any consumer dedicated NAS systems in speed performance, storage, price and plain fun.

THE NEED FOR SPEED

I bought my 27″ iMac (made mid 2010) right after Apple announced Thunderbolt. Looks like I always have that luck, thinking that I am getting the greatest and latest, only to discover the next day that the world moved on. No complaints, it’s a great machine, really. It runs daVinci Resolve just fine with 1080p 24 fps ProRes 422 HQ footage (176 Mbps at 1080p24) at real time pulled off my current Synology DS214+ via a gigabit connection, with read speeds averaging 110 MB/s. Which is really what’s expected from a gigabit connection (theoretically we should be getting 1gigabit/8bits = 125MB/sec).

So, considering with my limited iMac connection ports USB2.0/firewire800/gigabitLAN, the LAN is at this point the fastest one.

For a dedicated video editing environment, a NAS (Network Attached Storage) connected via a 1gigabit is usually a no-no and should be avoided if possible due to it’s limited 125MB/sec bandwidth. A Direct Attached Storage (DAS) via a Thunderbolt connection (10Gb/sec speeds) would be ideal. Or if you can wing it, getting 10 gigabit network cards on your NAS and computer (and switch of course).

But again, my only option was to only use my existent 1 gigabit network connection. You might be a little more luckier. 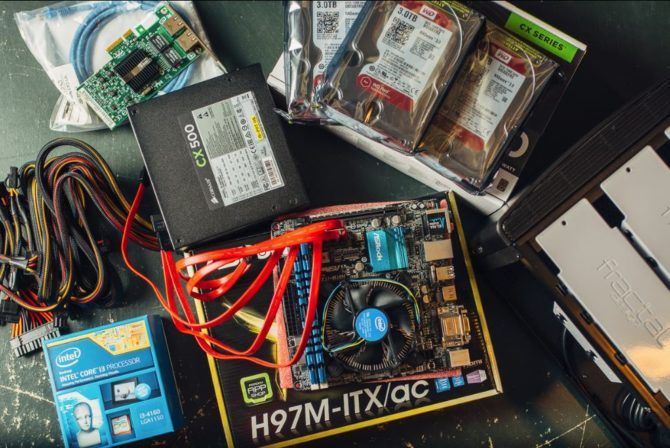 As I mentioned, I currently own a 2-bay Synology with 2x 3Tb drives in a Synology Hybrid RAID, totaling 3Tb capacity (with data protection of 1 disk fault-tolerance). All good, except that it runs at 91% capacity with my ever-growing photo and video library. So I thought of just buying a 5-bay expansion unit that connects via an eSATA connector. Problem solved, right?

Well, not really. The RAID configuration would not extend to the expansion storage so the unit will end up just to be a pricey way of just make more room.

I tripped over numerous Youtube videos detailing how to build your own NAS server even from an old computer you might have laying around (like the folks at Tek Syndicate NASFeratu). All this at ridiculous small prices.

It started becoming more obvious that you can build a system that’s much cheaper, more performant and ultimately more fun than actually invest cash in a dedicated NAS out there. And it’s really not that intimidating as it looks. You simply need to know how to match the components features and have some basic knowledge of computer hardware. 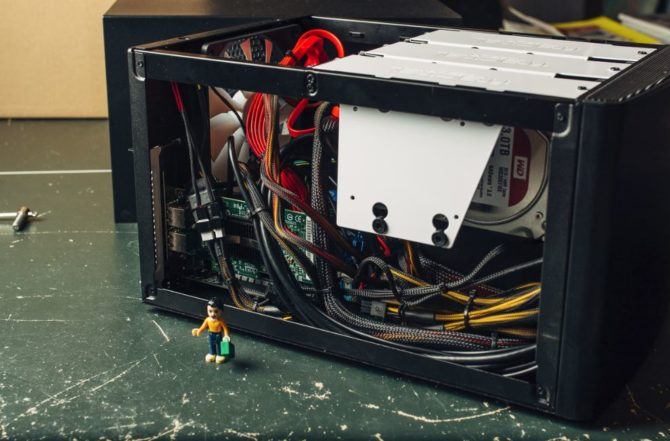 So I thought of a system that would serve me well, pulling as much as I can out of this aging iMac with it’s connection port limitations. In the mean time I thought that if I’m already building a pretty performant NAS media server, I might as well plan on use it as a Direct Attached Storage (DAS) though a Thunderbolt connection, in which case it’ll be lightning fast (pun intended). My main inspiration was the NASFeratu which the folks from Tek Syndicate built beginning of 2014 and use that as a starting blueprint for my build.

Everyone, please welcome… The GABSTOR!

I started with the Fractal Node 304 case for housing, having a mini ATX form factor, and great airflow (two smaller fans in the front and one bigger in the rear). Noise is a big factor in these builds (with 5 HDD) and as mentioned by others who are using this case, it’s pretty minimal considering all the fans and spinning going on. The HDDs are sitting on rubber grommets, efficiently isolating them from transmitting the whirring noise to the chassis.

To make easier for you, I documented my build so you don’t have to spend time on matching processor sockets with motherboards, cases, PSU wattage, etc. 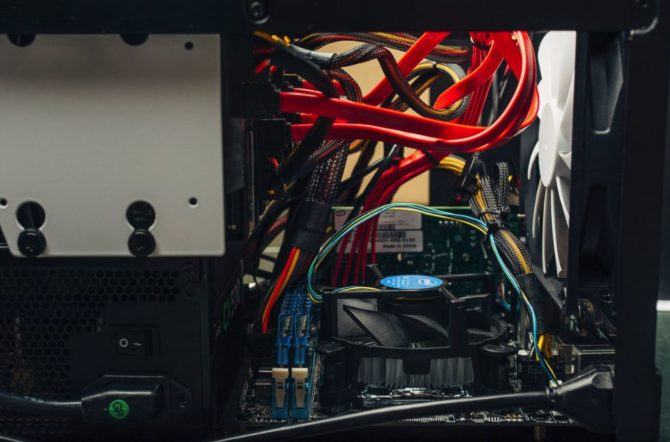 Free what? Every computer needs an operating system. The GABSTOR being just that, needs one also. Luckily, there’s an amazingly stable and able operating system out there called freeNAS, which will fulfill all your NAS interfacing needs (like creating datasets, UNIX, Windows or Apple shares, setting permissions, end so on). And yes, it is FREE, and backed up by an amazingly helpful community, on which I depended like water for all the quirks I encountered along the way installing freeNAS.

I installed version 9.10 using two USB sticks. One on which I created an image of the download (becoming the installation USB) and one on which the installed freeNAS OS lives. Took me a while to figure out the steps but it’s primarily:

1. Download the current stable release of FreeNAS (.iso)
2. Prepare the installation USB by burning the downloaded .iso file
3. Boot your freeNAS from this USB and install it to the secondary USB

Detailed process to prepare the installation USB in the freeNAS 9.10 documentation here.

I have to mention here that I ran into some trouble by initially installing version 10 ALPHA of freeNAS. That was a no no, since it’s still in development. So I installing version 9.10 (stable) I had trouble crating a RAIDz2 volume since the manager got confused seeing some remnant signs of the initial freeNAS 10 installation. I ended up re-installing freeNAS 9.10 on a brand new USB drive and that did the trick.
The lesson here is no NEVER install a version that’s in development.

So, I ended up reading up quite a bit about making this box as efficient as possible and pulling the most storage I could without sacrificing data integrity in case something fails. There are lots of talks about the RAID configurations one should use, so I won’t go into details here. I ended up going with a RAIDZ2 where I have 3 drives for storage and 2 for parity out of my 5 total. Plenty room.

And getting 110MB/sec read and 110MB/s read speeds is plenty for me to deal with ProRes 422 HQ in daVinci Resolve. 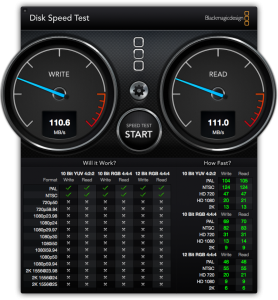 Have You Built Your Own NAS?

Have you built your own NAS? How did it go?

What would you change or do differently from this build?

Would you only trust a commercially available NAS solution?

Lomomod No.1 lets you build your own camera from scratch without screws or glue

Watch a craftsman build a large format camera from scratch

Use GoPro parts to build the perfect monitor DSLR mount

« First look at Case Air App and hands on with Case Air
So, how good is the iphone 7’s camera in low light? »