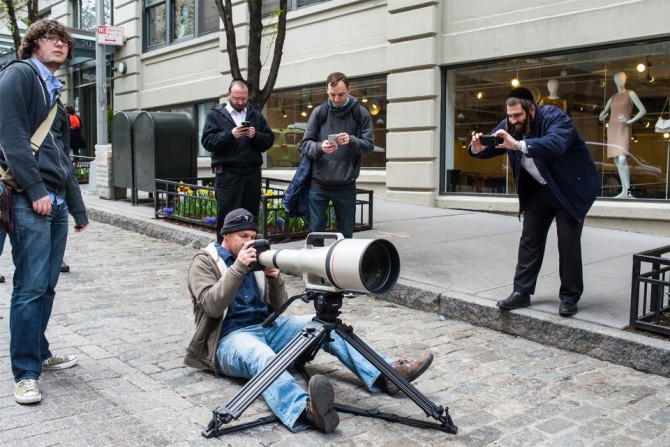 B&H has released a new, in-depth review of the legendary Canon EF 1200mm lens, and while you most likely won’t be able to afford the $180,000 price tag, it makes for a great read.

Todd Vorenkamp was lucky enough to take the beast of a lens out for several shoots and survived to share some of the advantage, disadvantages and random trivia about this rare lens.

As stated in our previous post about this lens, not many 1200mm monsters are out there. In this review Todd mentions that according to experts there are less than two dozen in existence, but the more interesting fact is that Canon itself does not own one of them! Apparently the company’s one copy got damaged beyond repair in a shipping mishap. My guess is that someone lost their job that day.

Speaking of its history, Todd says the lens was originally made with the FD mount when it first appeared in the 1984 Olympic Games in Los Angeles. “Five lenses were used by the media to cover the Games and then the lenses were shipped back to Japan and later converted to the EF mount”, he adds.

We previously mentioned that even if you could afford the lens you still had to wait 18 months to get it, and to explains why: “Canon made this lens available by special order only. A $10,000 deposit was required with the order and manufacturing would only start when several lenses were put on order”.

The lens includes two fluorite crystals which are so big it is said it took more than a year to grow them. This could be another reason why the wait was so long. 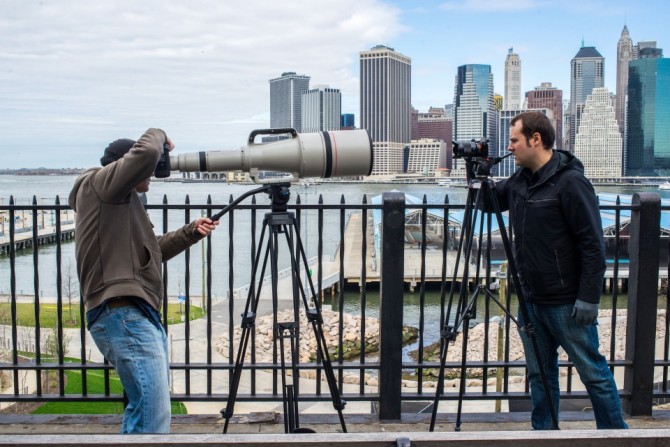 Covering some of the disadvantages of the lens, Todd discusses how the regular pro-sized 77mm polarizer, ND or UV filters come nowhere close to sufficing for the 228.6mm size needed for this lens. Luckily, however, there’s a drop-in gelatin holder at the back of the lens for dedicated 48mm filters.

Another downside is the lack of spontaneity when it comes to shooting with the lens:

“A vast majority of us, when planning to go out to take photos, spend our time considering what lenses we need to put into our bag, which ones we can leave behind to save weight, and what accessories we will need for a particular shoot.

With the Canon 1200mm lens, planning involves not what to bring and leave behind, it starts with this question: “How many people do I need to bring with me to carry the gear needed to get the shot?” If you own this lens, you had better have at least one friend who is passionate about photography and willing to carry heavy loads. You may be better off with two or more friends. Carrying the lens, camera bodies, and supports is more accurately a 2.5-person job. Hauling the gear to a location and shooting a lens like this is more akin to a logistics challenge than simple planning”.

Despite the challenges involved in moving the lens around or reframing, Todd asserts that “extreme fixed focal length telephoto trumps flexibility”.

The Verrazano Bridge, taken with a 50mm “normal” lens on a full-frame camera;
the red box shows the field of view of the Canon 1200mm. Source: B&H

The focal length is not the only extreme feature of this lens, which has on the lens a marked distance of 900 feet / 300 meters before reaching the infinity mark, and is almost 3’ long.

Due to the length and weight (36 lbs) of the lens, Todd says the lens is not suitable for selfies, but this should not be a problem if another elephant decides to take an ‘elphie’.

Thanks to its tiny depth of field (1.1″ at f/5.6 and the minimum focus distance of 46’), this lens is capable of creating excellent portraits with “backgrounds were reduced to ultra-smooth renditions of unrecognizable creaminess”, but walkie-talkie may be required to communicate with your model.

Discussing the crowds’ response to the lens, Todd made an interesting observation:

“As digital photography has taken over the art, and mobile phone photos are being snapped thousands of times a second, I have noticed that passersby, in general, do not dive out of the way of your path when you are taking photos out in public. Not long ago, no one wanted to cost you the expense of “wasting” a frame of film. People seemed to go out of their way not to interfere with a photograph. Today, everyone assumes you can just take another “free” shot with your digital camera and they often walk right through your composition”.

That problem does not exist when shooting with the 1200mm:

“However, when the Canon 1200mm was mounted on the tripod, New York pedestrians ducked and weaved out of the way as if the lens was about to fire a deadly projectile from its gaping aperture. It was amusing and extra noticeable in today’s world, where many fail to yield to photographers”. 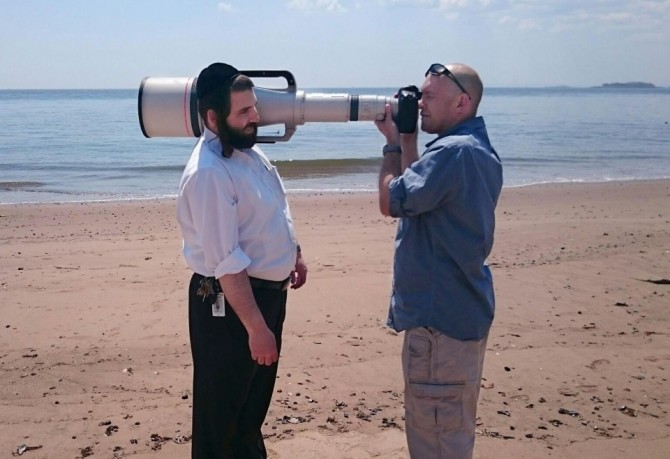 “Wherever we set up, small crowds formed around us”, Todd concluded, though I’m not sure if it was to get a glimpse of the exotic lens or if it was because he must have suffered from the worst case ever recorded of DSL-ARM!

You can read the full review over at B&H, or see more info in the videos below: