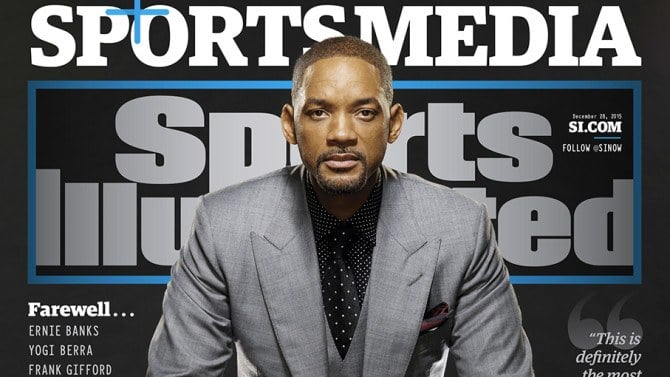 I’m sure almost everybody would love to have the opportunity to photograph the likes of Will Smith for a high profile magazine like Sports Illustrated.  I know I sure would.

For the vast majority of us that will almost certainly never happen, but award winning Director and Photographer Michael Grecco recently did exactly that.

What’s the next best thing for the rest of us?  You guessed it, a Behind The Scenes video!

This video gives some insight into the concept of the shoot, and Michael’s thought process to create the final images, as well as a few outtakes and, for the observant, an overview of the lighting setups & equipment used.

Behind the scenes videos are always such a great watch, for both the information they can contain and their occasional entertainment value.

What can we learn from them?  Well, amongst other things it can help us determine how the shot was lit.

We can make some educated guesses from reading the clues in the cover itself, but the video helps to confirm or bust those suspicions.

We can see on the cover that there is shadow under his nose, as well as specular highlights on his forehead, which suggests that the key light source is directly forward of the subject above the camera.

This frame backs up that assumption by showing us an overhead gridded beauty dish. 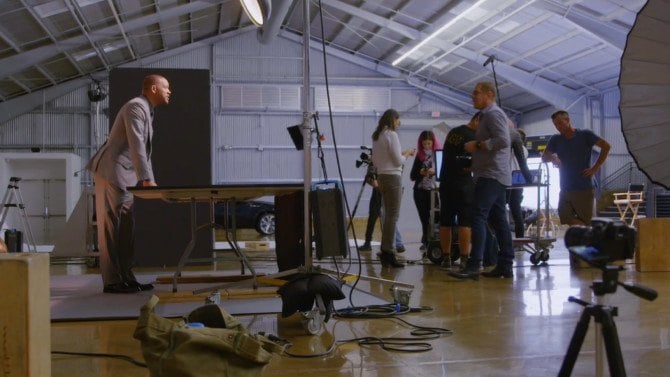 We can also see on the cover that there are highlights on each side of Will’s head and down the arms of his jacket, which means that there also must be light sources on either side of him.

As this frame from the video illustrates, we can see that there are indeed a pair of softboxes flanking him from behind, gridded presumably to prevent them from spilling light onto the background or flaring into the lens. 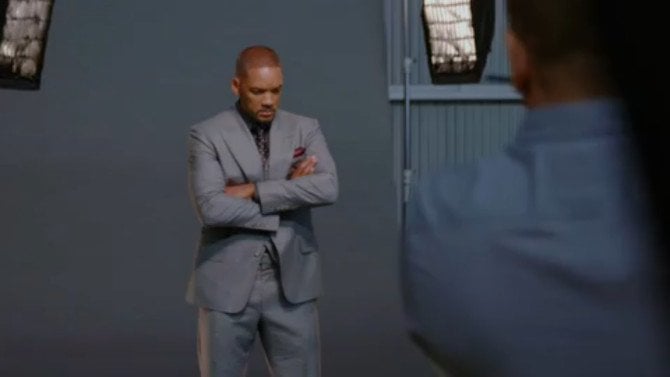 In the images where Will is standing without the table, a gridded kicker light is also shown on the ground, probably acting as a fill for his face. 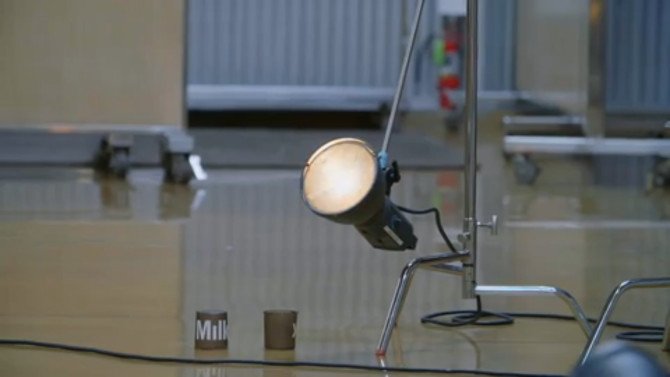 While simply looking at the final image to determine how it was lit can give us some indication as to the position and general size of the lights used, it can be difficult to determine exactly what type of modifier might’ve been used on each of them and how they dealt with potential issues like spill.

So, behind the scenes videos and stills can give us a lot of extra information about an image that we might not otherwise have, as well as the pace and atmosphere under which people often work on a shoot.

As a portrait photographer, I love them.  Books and lighting diagrams are all well and good, but nothing beats actually watching it work in reality.

Occasionally I pick up a new trick I hadn’t thought of that I can go and experiment with, and sometimes it’s just to see if I guessed the lighting correctly from the images.

What are some of your favourite behind the scenes photography videos?  Which have helped you learn the most?

Sports Illustrated published their first cover shot with a smartphone