Japan is considered to be one of the safest countries in the world, but as many other countries, domestic violence is becoming a concern.

The Yaocho bar group in Tokyo started a campaign to address the concern and they server beer on special kind of coasters. The coasters feature a portrait of a Japanese woman, but after it touches a cold beer glass (or any other cold glass for that matter) the portrait shows the same woman after being abused.

The idea is that whenever you raise the glass to take a sip, you’d be remanded of the results of excess drinking.

To achieve this effect, the coasters were printed with a thermochemical ink technology. Whenever a glass was placed on the coaster, the coldness of the glass would make the ink react, revealing cuts and bruises on the woman’s face. 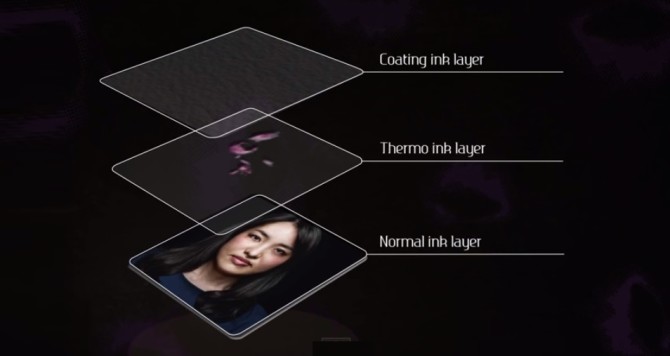 There is a series of five portraits in total, all printed with the same message: “Don’t let excessive drinking end in domestic violence” 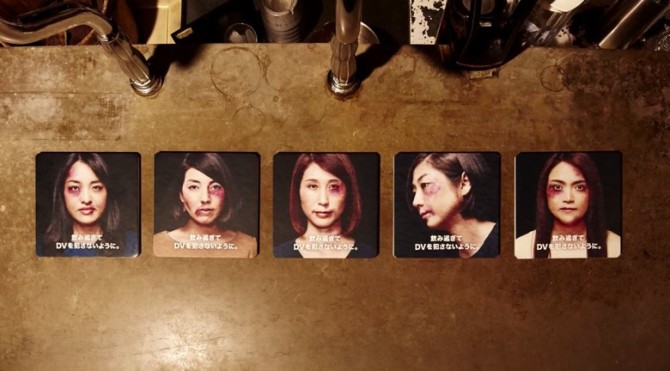 Here is a short movie explaining the campaign:

P.S. This is not the first time thermal beer coasters are used against excessive drinking. Mumbai used a similar method to warn against drinking and driving.

P.P.S. We shared another “secret message” campaign against child abuse a while back, but then it was using Lenticular printing technology.