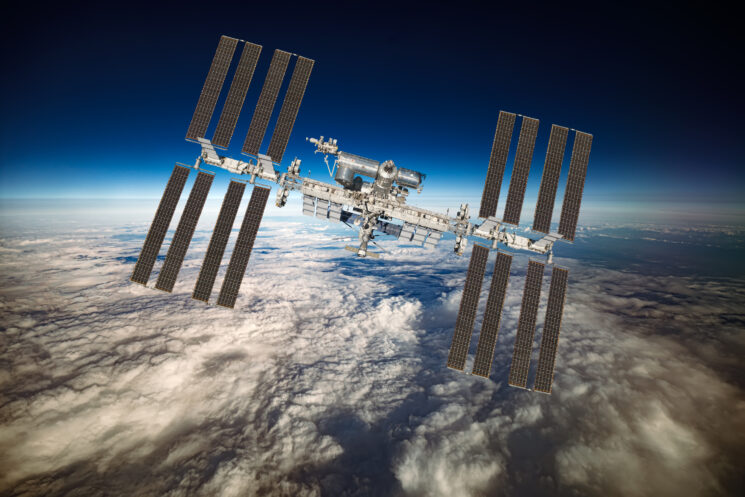 Astronaut Samantha Cristoforetti has shared an image on board the International Space Station (ISS) where she has recreated a scene from the hit Hollywood movie Gravity. Cristoforetti is part of the European Space Agency and was able to take a moment out of her schedule for a little fun.

Fortunately, the scene in question wasn’t the part where George Clooney floats off into oblivion, but rather a scene where Sandra Bullock is floating through the space station wearing a grey vest and black shorts.

Hey, Dr. Stone! Quick question for you. How did you get your hair to stay put? #AskingForAFriend pic.twitter.com/qztSWnKSfu

The image is uncannily similar to the actual movie playing above as Cristoforetti enters through a square-shaped portal wearing the same outfit and manages to strike the same pose as Bullock.

Cristoforetti has one question though, as she jokes “how did you get your hair to stay put?”. Obviously Hollywood doesn’t have quite the same zero-gravity effects on hair as the real space station does.

Retired astronaut Scott Kelly tweeted back that his biggest disappointment while on board the space station was missing the opportunity to grab the same image, something which Cristoforetti has put right now!

One of my biggest regrets from my year in space was watching #GravityMovie and having @AstroSamantha float by the screen after her working out and not being quick enough to the camera. Here’s the original photo fail. So disappointed then, but all is good now. Thank you, Samantha! https://t.co/4Av29VmDNl pic.twitter.com/XRJA21jjCA

Astronauts on board the ISS have continually kept us entertained and amazed by not just their off-duty antics, but also the images they have captured from the station, particularly of our Earth below. Some astronauts have shown just how accomplished they are with a DSLR.

« NASA is shutting down Voyager probes after 45 years. Here are some photos to celebrate them
Create a fine art HDR sea scape from start to finish »