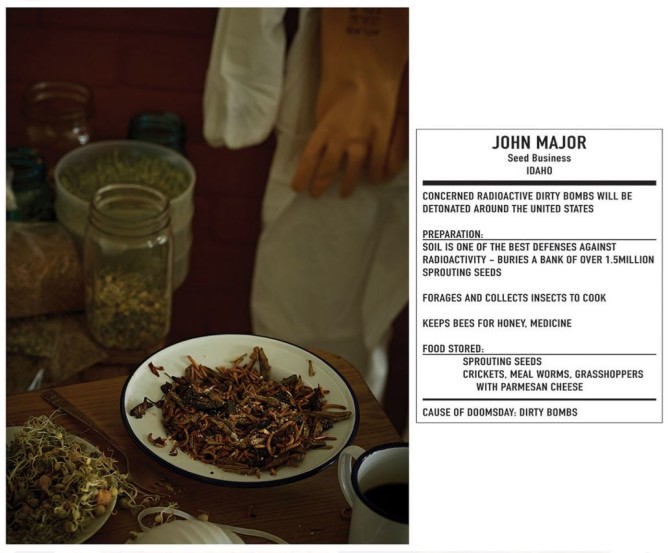 The result is a rather fascinated look at the 3 million-strong sub-culture that has developed in the United States.

Hargreaves also shows us how much can be learned about a person’s religious beliefs, lifestyles, location, health and doomsday expectations just by looking at his plate.

In order to create this series Hargreaves met with several “preppers” to discuss what he refers to as their “Armageddon Menu’s”.

Hargreaves first approached the subject as a somewhat of a weird phenomenon but in an interview with Vice he explained how his opinion changed:

“When I started it I thought it was going to be a bit more of a sensational-type thing, like, Here are these radical people who are essentially a little bit crazy, and then as I spoke to them I was like, Actually, a lot of this makes sense. There are certainly a lot of bits and pieces that I totally agree with. Just with the food aspect, there’s this sort of self-sufficiency that actually is kind of impressive when you distance yourself from all the other aspects of it”. 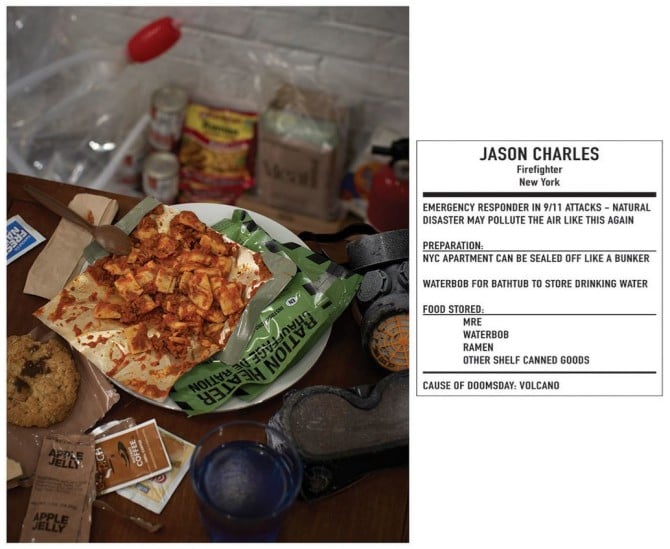 After spending some time with the Doomsday Preppers and getting to know a bit about them, their lifestyles etc, he returned to his New York studio where he created dishes they might eat when things go pear-shaped.

“Through their choices of these foods I think their personal story comes to life”, says Hargreaves.

Each of the photos is accompanied by a menu describing the person’s believed caused of doomsday, preparation, food stored and a bit of background info.

He further discussed how peoples’ private world finds its way to their plates:

“I guess I hadn’t really thought too much about how everyone’s personal experiences and beliefs taint what they prep. If you’re an Orthodox Jew, you’ve got a certain set of rules that you gotta go by. If you’re a diabetic, there’s another set of rules that you’ve gotta go by. Some people were like, But there’s gonna be radiation that gets leaked so then you’ve gotta bury things underground. Everyone had their own story based on what they thought was gonna happen”. 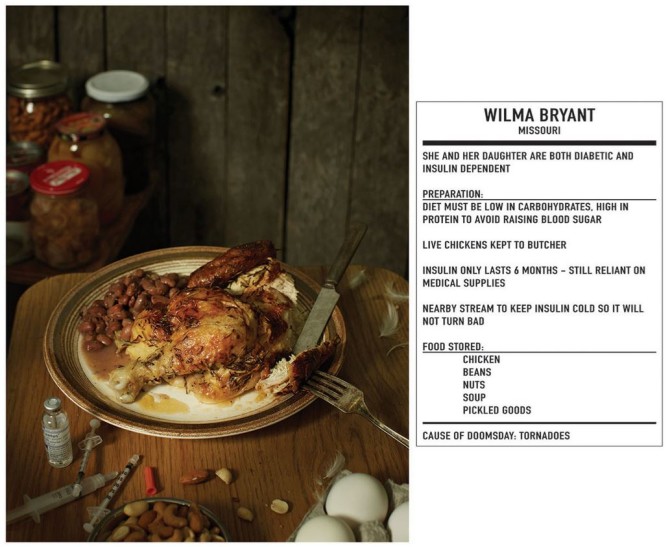 Prior to his TED Talk on the subject, he shared his thoughts on how what we eat reveals something about us:

“We are what we eat. What I just find really interesting is that we don’t know anything about these people personally—but through their culinary choices, because we know what these things taste like, it kind of draws you in and you get that human element. Instead of looking at a picture and staring into someone’s eyes and being mesmerized for a moment, I can connect with their belly”. 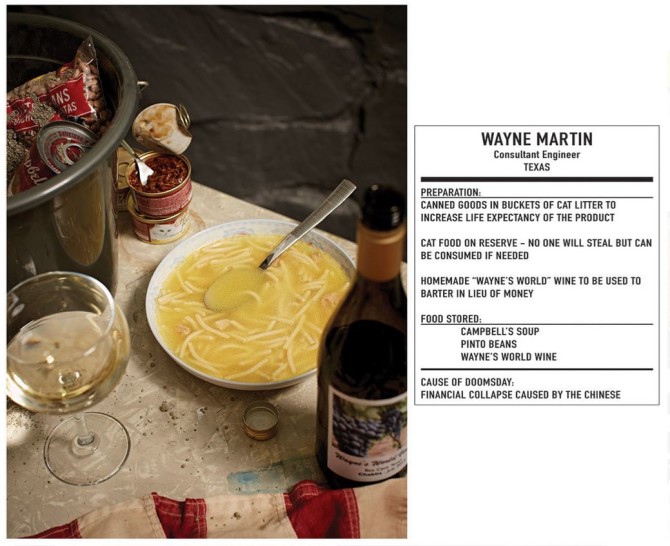 Hargreaves’ talk at TEDxManhattan 2015 from a few days ago is not yet available online, but we recommend you watch it once it’s added.

In case you were wondering, Henry told DIYP that he actually tasted some of the meals he photographed, adding that he was “curious to see what MRE’s, crickets and Matzos taste like!”. 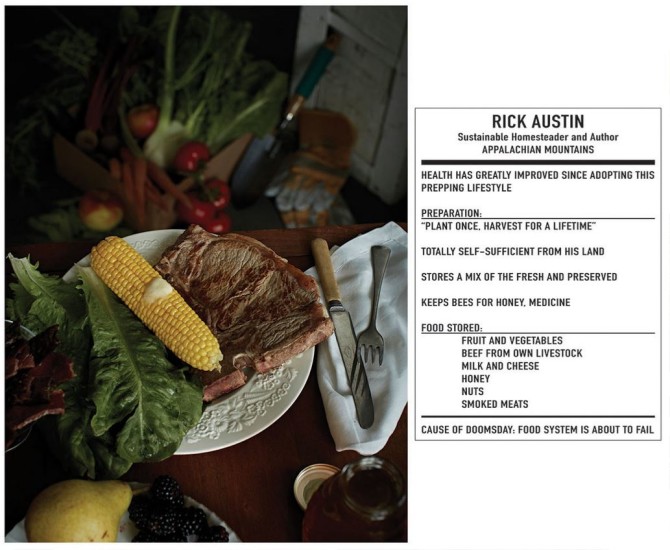 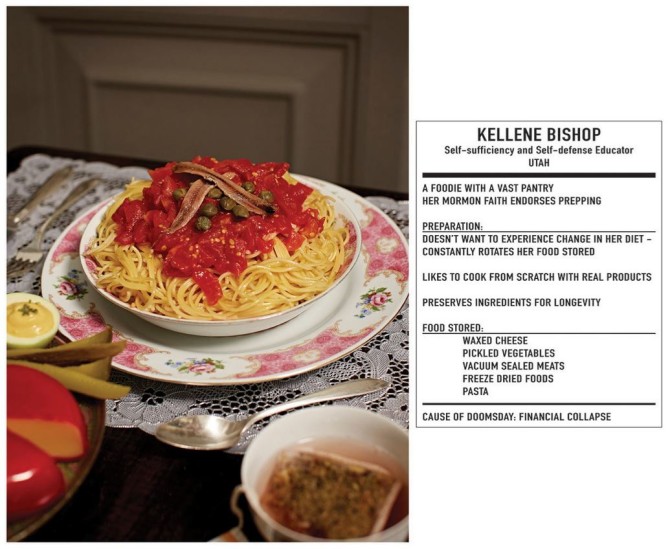 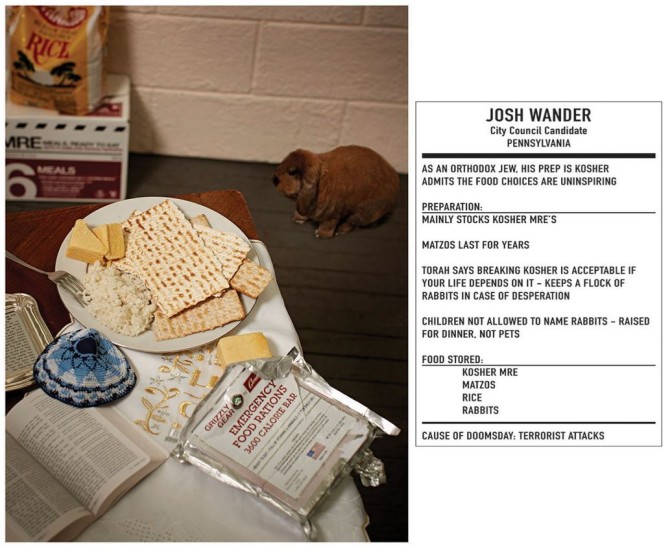 The Last Meals Of Death Row Inmates In Photographs