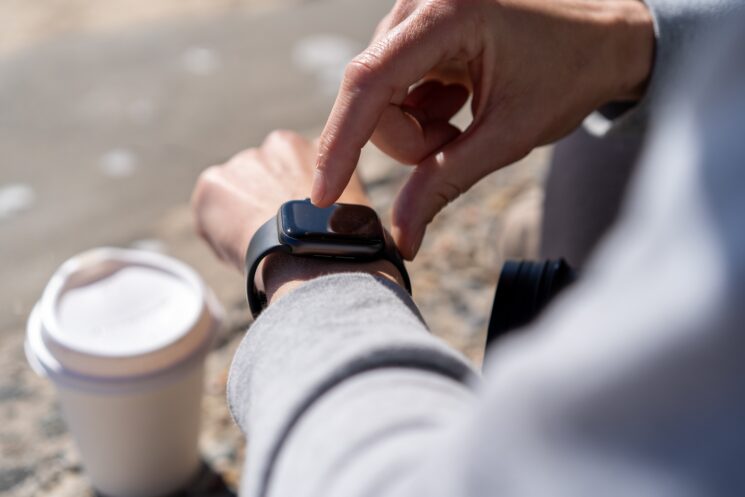 Who says the wristwatch is dead? Not Apple at any rate as they have just filed a patent application for a “watch having a camera” Yep, we have camera-phones, but now it looks like we may get a camera-watch in future. But don’t worry, it will probably be more James Bond than Flight of the Concords. Apple isn’t planning to actually glue a point and shoot onto a watch, they’ve come up with several different ideas for how to execute it.

One of the designs depicts the camera placed in the digital crown part of the watch (that’s the side button for the uninitiated), where it can operate whilst the wristwatch is being worn, which does seem logical to keep it out of the way.

Another of the proposed solutions involves a removable type of housing that contains the camera. An alternative to this is the idea of a strap on solution, if you will. It would involve an expanding strap with the option of attaching a camera module. The patent application does seem to point more towards the camera being some external device rather than being incorporated into the smartwatch itself, which would presumably be fairly challenging given the re-engineering involved in a very small space.

But what are the possible advantages of having a camera in a smartwatch? Well, for one, it might provide additional vital information for emergency situations. Apple watches already have a ‘fall detection’ feature, which sends alerts if the wearer has fallen down (nope sorry, not a detector for photographers to tell you where the nearest fall foliage is!).

However, there are, of course, plentiful arguments against this sort of technology becoming reality. There are always going to be issues surrounding privacy. Like the smart glasses with cameras, it would be incredibly easy for someone to secretly film you without your knowledge. Now in some cases, this could prove useful, however evidence obtained in such a way probably wouldn’t stand up in court. The Data Protection Commission (DPC) in Ireland has even asked Rayban’s smart glasses collaboration with Facebook to have a very obvious and bright LED light when in record mode.

But smartwatches with cameras seem to be a definite future trend, with plans apparently in place by Facebook as well for one. Perhaps Apple is simply covering all possibilities and we won’t be seeing one anytime soon, or perhaps we will all be taking selfies using our wristwatches in a couple of years.