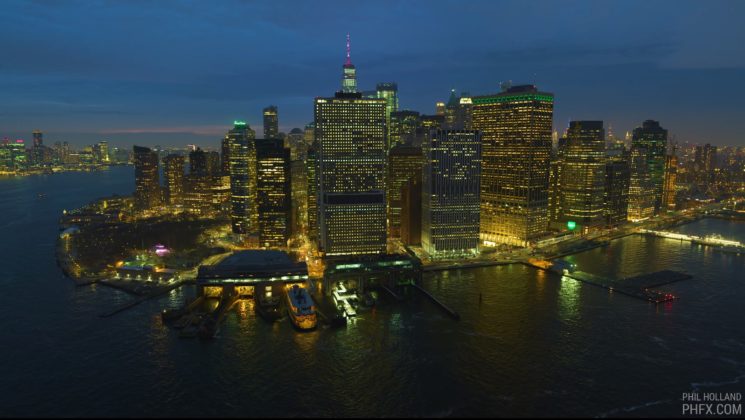 We’ve all seen spectacular views of NYC a bunch of times. However, none of them could ever match the quality of this UHD video recently posted by Phil Holland on Youtube. Using three Red 8K cameras, he ended up creating beautiful panoramas in 12K resolution. Unfortunately, Youtube can only play videos up to 8K at the moment so we can’t see its full potential for now. Regardless, this ultra high-resolution video is still such an eye-candy.

Los Angeles-based director and cinematographer Phil Holland shot the video in December 2017. To achieve the footage he needed, he used the SHOTOVER K1 Hammerhead 6-axis gyro stabilized gimbal attached to a helicopter. He also used 3 Red Weapon 8K VV Monstro cameras with Tokina 35mm. lenses installed in a panoramic array to capture a sweeping view of the city. 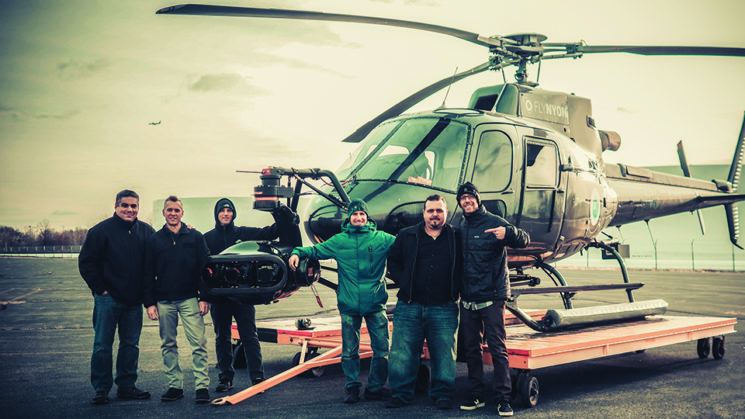 Phil stitched the footage from all the three cameras to create a 12K by 8K video. It has 48.5 times the resolution of 1080p HD footage to give you an idea how much detail it features. Of course, since video platforms don’t yet support this type of resolution, we can only enjoy it in 8K. But in my opinion, 8K is more than enough to show you the details of the city you wouldn’t otherwise see in standard resolution. Everything looks so clear that you can see what’s going on in some of the windows in the high rises. In fact, even the cars on the streets look so crisp in the twilight. 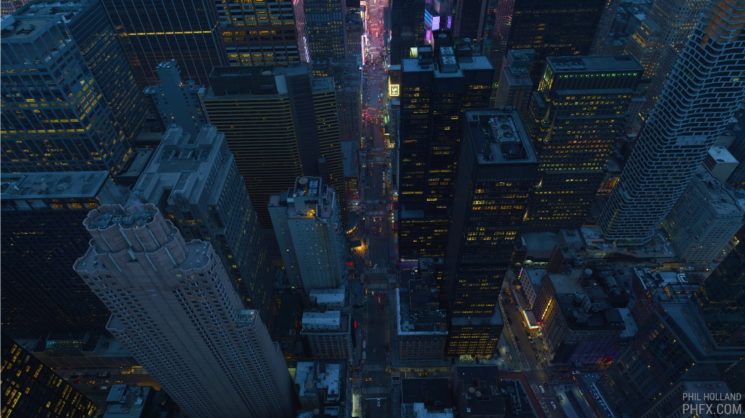 I remember years ago when HD started to replace the 640 x 480p standard ratio. It felt like such a big leap back then. Today, 4K hasn’t even entirely taken over yet, and we’re starting to see 12K videos popping up? Of course, we should note that they stitched three separate 8K shots to reach this absurd resolution. However, I wouldn’t be surprised if it becomes the new standard a few years from now. It shouldn’t be hard to imagine especially since Phase One started offering a 12K camera two years ago.