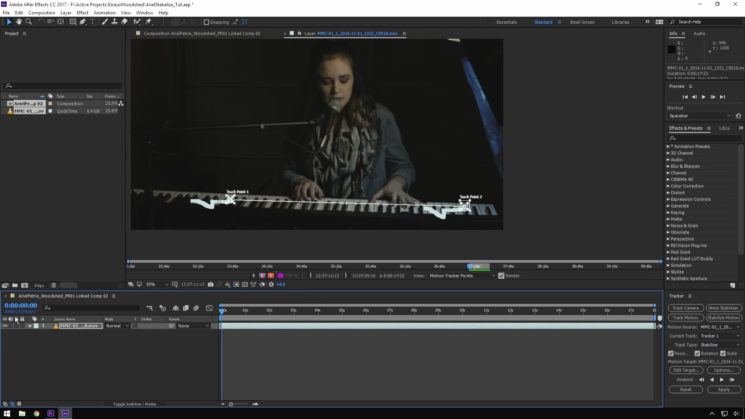 One of the most off putting things for viewers of video is shaky footage. The best way to keep the camera steady is to use a tripod, but sometimes we want to add a little motion. Quality sliders can still cost a fair amount of money, and not everybody has a gimbal or other stabiliser. We just have to go regular handheld. But this often leads to bumpy footage. So, what can we do?

Adobe Premiere Pro has a built in Warp Stabiliser, but it doesn’t always do the best job. When it works, it works extremely well, but it often falls over and gives results we really didn’t expect. In this video from Miesner Media, Theo takes us on a round trip from Premiere to After Effects, and back to Premiere again, resulting in perfectly stabilised footage.

Since Adobe introduced the warp stabiliser to After Effects and Premiere, the standard motion tracking features are rarely mentioned for stabilisation. But this used to just be “the way”. Like the warp stabiliser, this method is not perfect and doesn’t work for every piece of footage. But, when one method does fail, it’s nice to have a backup or two that you can try.

The method is fairly straight forward. First, right click on your footage in the Premiere timeline and choose “Replace With After Effects Composition”. Once AE comes up with your footage, turn on the tracker and tell it you want to stabilise motion using position, scale and rotation. Then it’s just a case of picking two points which are static in your scene. 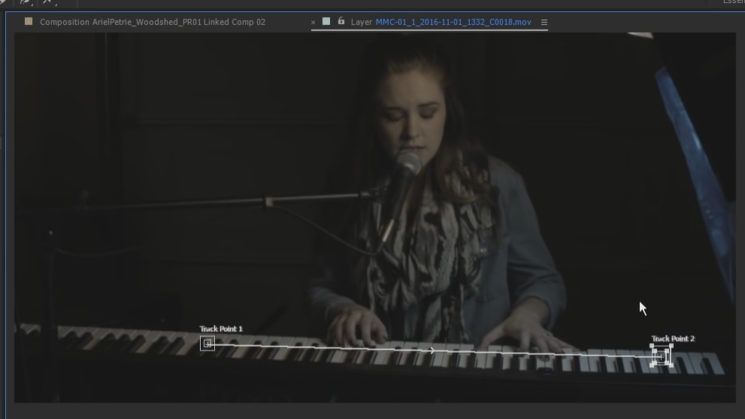 You want to make sure you pick good clear markers within the shot with some obvious contrast. Flat solid colours with no contrast won’t be able to be tracked. You also want to choose parts of your scene that don’t move. In this case, that’s some of the piano keys that weren’t being used in the song. After you’ve chosen which areas to track, you simply click the button to analyze, and away it goes doing its magic through the entire clip.

Once the tracking is complete, you simply click “Apply” to stabilise your footage. Now, the result isn’t immediately going to be perfect. As we’ve stabilised the position, After Effects will do its best to keep the tracking markers in the same spot throughout the clip. So, as your camera was moving while recording, you’ll start to see black edges creeping into your composition.

The next step is to create a Null object, and then parent the footage to it. Then simply keyframe the null object to scale up the footage slightly, and move it across the screen over time to match the panning motion of the camera. Hit save, switch back to Premiere, and now you have your newly stabilised footage.

Compared to the original clip, and the attempt made by Premiere’s Warp Stabiliser, it’s a vastly superior result. This type of stabilisation tracking is also generally much much faster. It won’t work with everything, and sometimes the Warp Stabiliser does actually do a better job. But, again, the more tools available, the more options you have, the better your results will ultimately be.

What other methods or tips do you use for stabilising footage in After Effects or Premiere Pro? Or did you give up trying to stabilise in post and just buy a gimbal? Let us know in the comments.