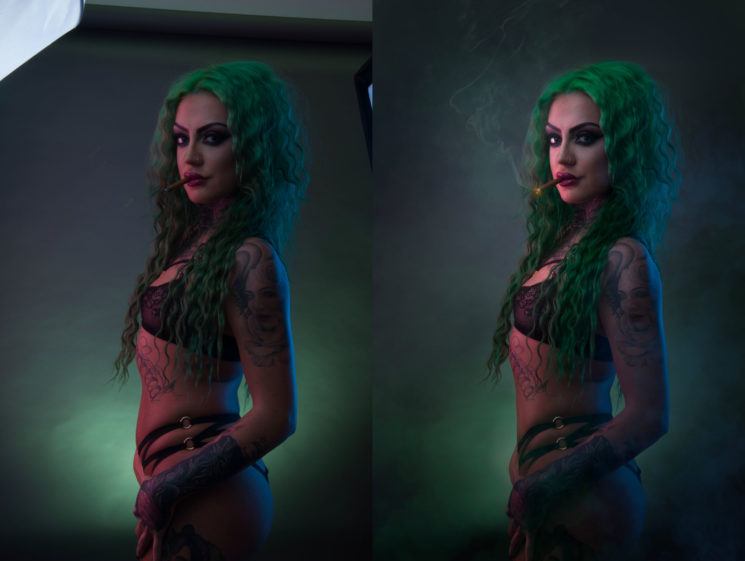 The plan was to shoot some moody images using gels. I also wanted smoke, but alas, at the time I didn’t have a smoke machine. So my plan was to fake it afterwards in Photoshop. One of the images also featured Madison smoking a cigar. Now if you have ever been in a small confined room with a lit cigar, you will know it isn’t the best of situations. Slowly you begin to choke in a dark haze of tobacco smoke. Something I didn’t really fancy….or the weeks of lingering smell afterwards. So again I decided I would fake it, by adding the glow of a lit cigar later in Photoshop. I know, I know, I am a big faker, but oh well……I like  my lungs and the scent of fresh air in my studio.

So how did I get from this image… 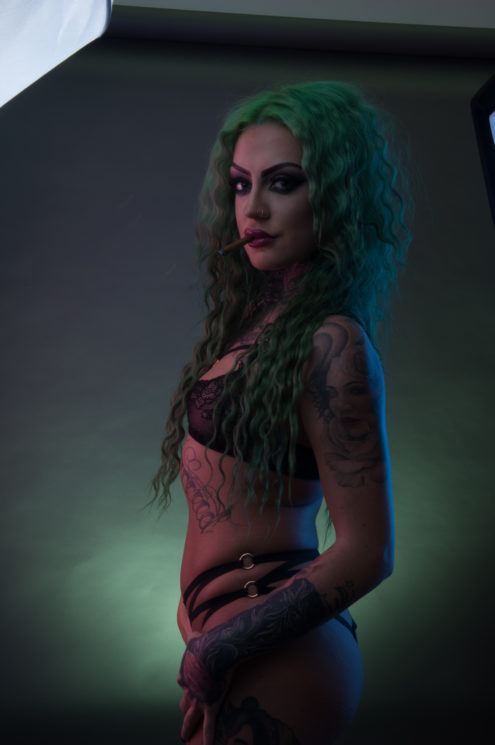 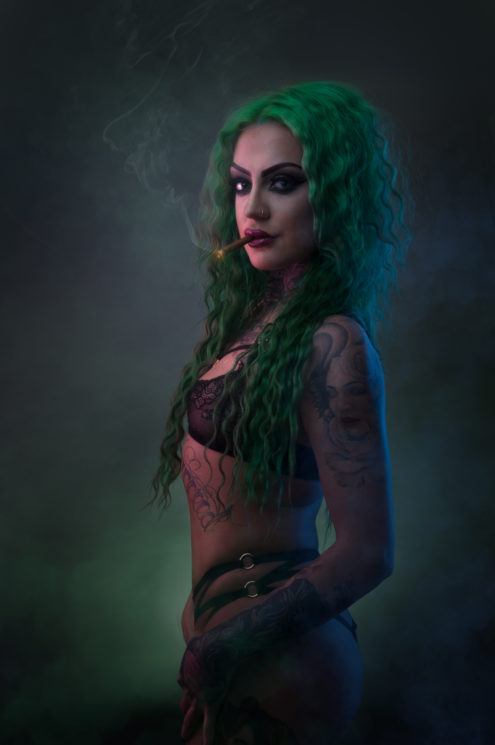 Well it was quite simple really, but effective.

Here are the two photos with a slider, so you can see the added details more easily: 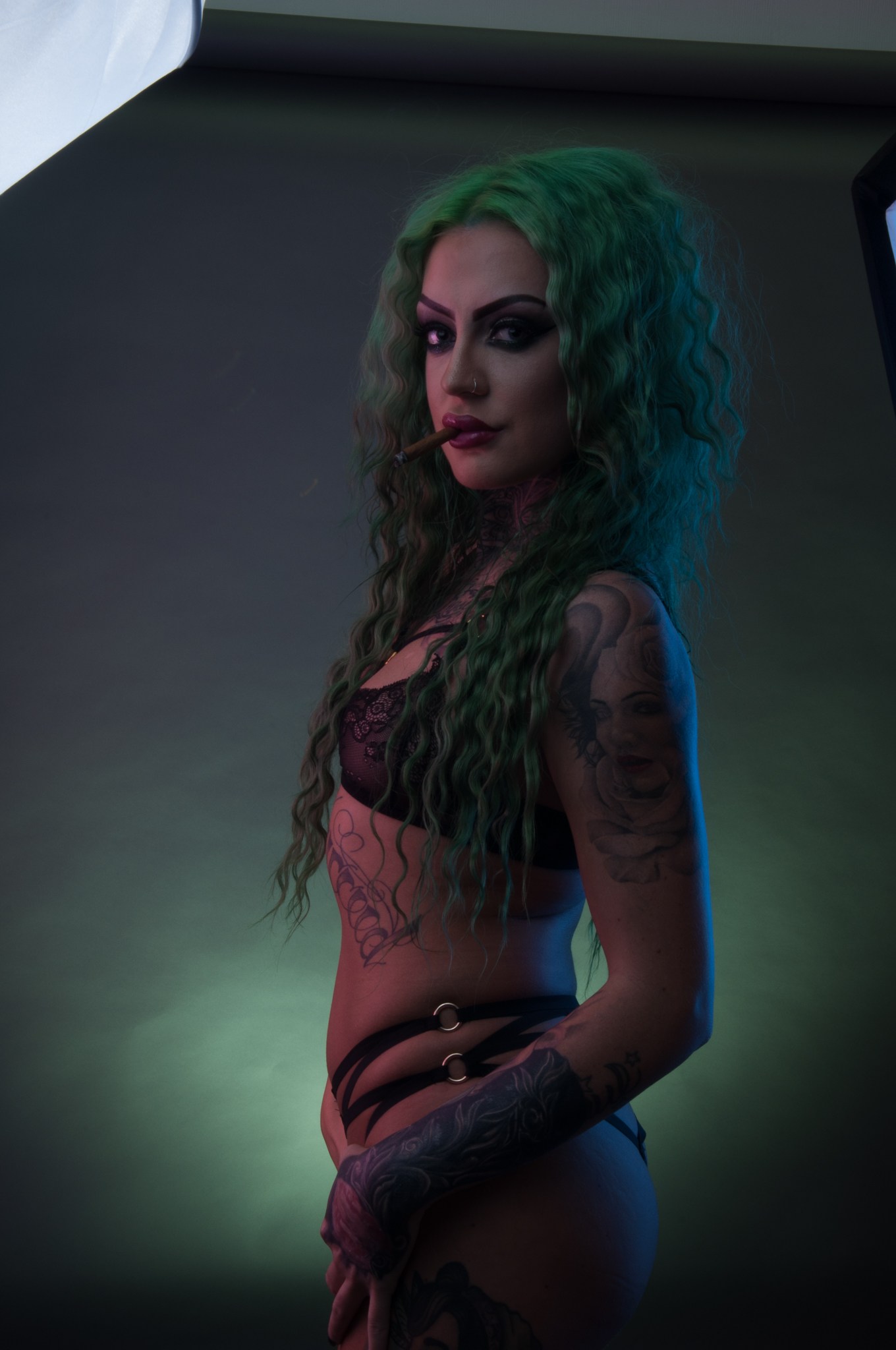 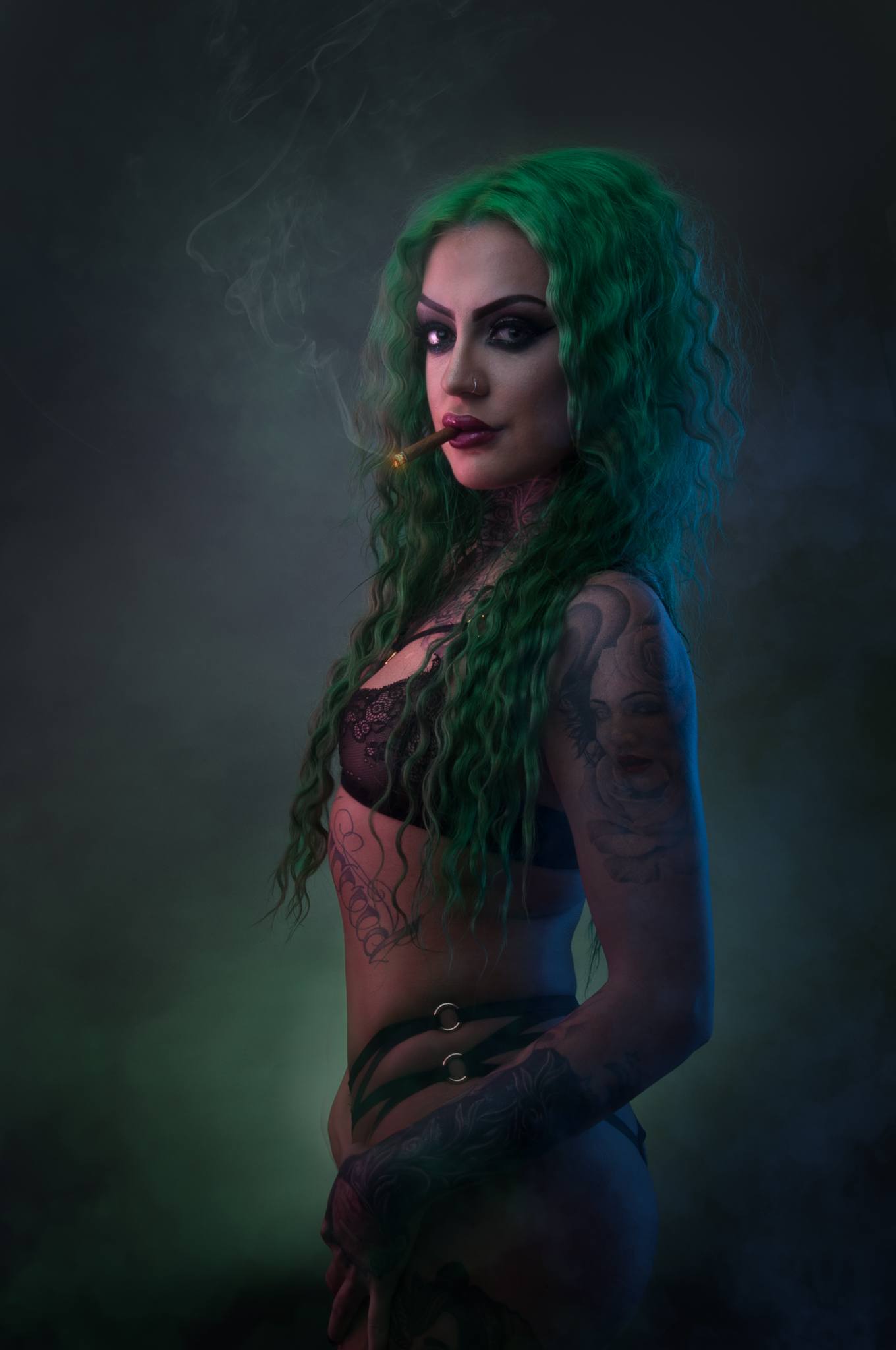 After I had done my usual retouching of the model, dodged and burned, and cleaned up the background etc. It was time to add in some atmospheric smoke, and light the darned cigar. Lets start with the smoke.

To add the smoke in all I did was simply browse my brush library, and found one of my trusty mist brushes. I have used this brush so many times! It can be used for atmosphere, fog, smoke…it always comes in handy. If you don’t have any you can download free ones from Deviantart, or Phlearn has a good mist brush too.

So with my brush selected, I created 4 blank layers. With the blend modes all set to normal, I held down alt, and sampled a colour of the light where the smoke would be. On a low flow of around 20% I painted in the coloured smoke. If you paint too much in, or the effect is to strong, just add a layer mask and paint some back out. I then repeated this step another 3 times sampling the colour of the lights from the image. I then added all the layers to a group called smoke to keep everything neat and tidy. 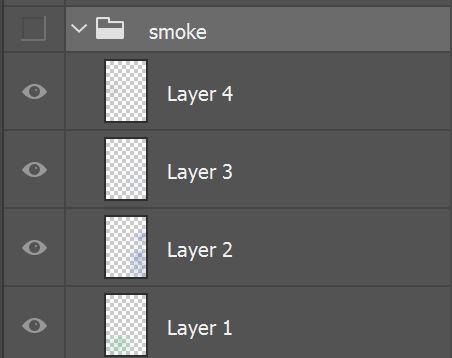 So we now have smoke! 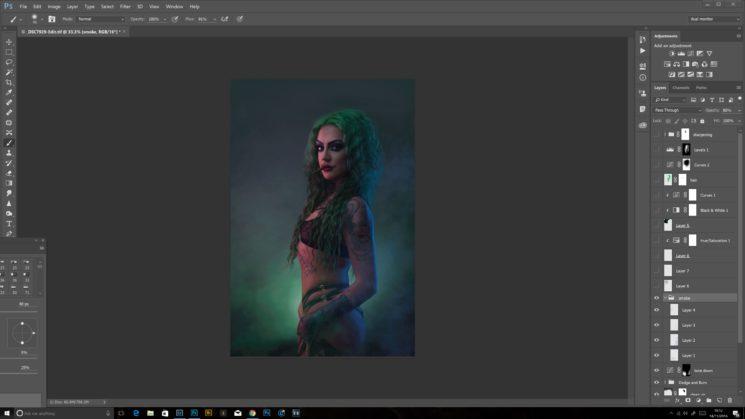 All we need now is fire (albeit on a very small scale). Again this was very simple. I created two layers to build up the fire glow. On the first layer I chose a red-ish colour for the underneath of the fire. I dotted it in with a brush on colour dodge blend mode. On my second blank layer, I then built up the glow by painting in another dot, but this time with more of a yellow colour. Again I did this on colour dodge blend mode which is great for fire effects. 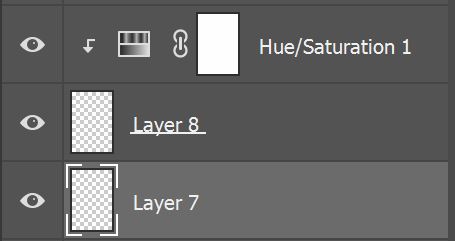 To perfect the colour, I then added a hue/saturation adjustment layer. I tweaked the hue just a little, to get the colour just how I wanted it. 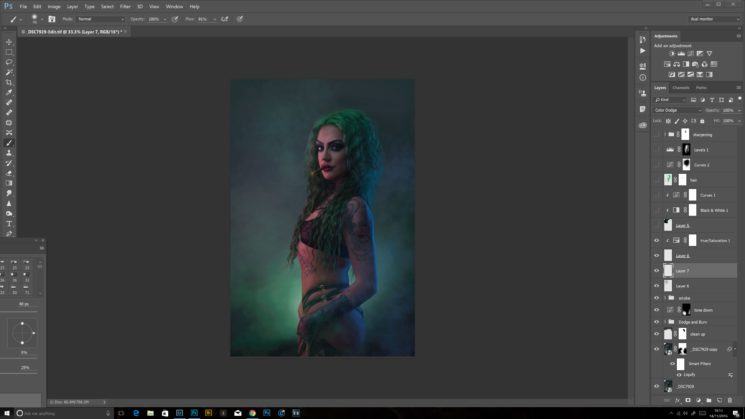 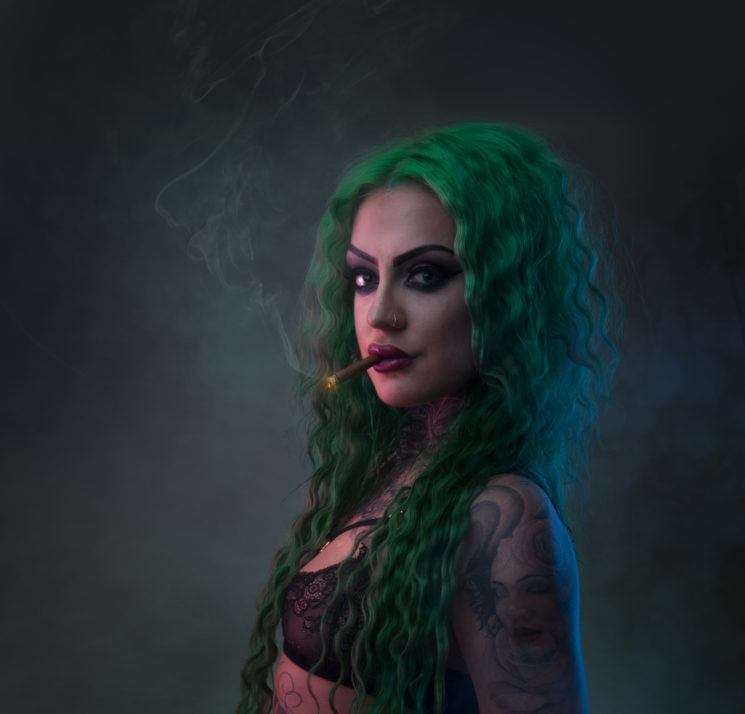 So there we have it, cheating in Photoshop afterwards, again! haha. Not everyone has access to a smoke machine, a large studio, or props. But don’t let that hold you back, stay true to the vision in your head, and if that means cheating a little bit, then oh well guilty as charged!

« The ultimate guide to lenses for filmmakers and photographers
Adorama TV’s “Top Photographer” turns the cameras on photographers. »