In case you missed the announcement buzzing around photo sites a couple months ago, Adorama and photographer Nigel Barker put out a casting call looking for photographers to compete in a new reality series/competition called “Top Photographer with Nigel Barker”. In this  five part web series, each episode revolves around a specific photo genre that challenges the photographers to shoot for the winning image. The show is hosted by Nigel and also has internationally known, award-winning photographers as guest judges. Of the five finalists chosen, the winner of the grand prize gets a photography equipment package valued at $50k as well as a photo exhibition in New York City hosted by Nigel after the finale airs. That sounded like an amazing opportunity and some pretty sweet prizes to me!

I was excited about this opportunity so I actually submitted the requested “one photo only” upload with an entry form.  A couple weeks after the entry period ended, I received an email saying I made it into the second round of casting. This was it… I was finally going to be discovered! We were instructed to make and upload a 30 second video of ourselves introducing ourselves and telling why it would be great to win the competition. Well, I never heard back, so that’s as close as I got to being flown to NYC to be on the show.. oh well, next time! Of the thousands who submitted themselves, the lucky finalists are Andrew Kearns, Scott Borrero, Roxy Rodriguez, Jamiya Wilson and Chris Palermo. Congratulations to all! Check out their individual web sites, they have some really great work. 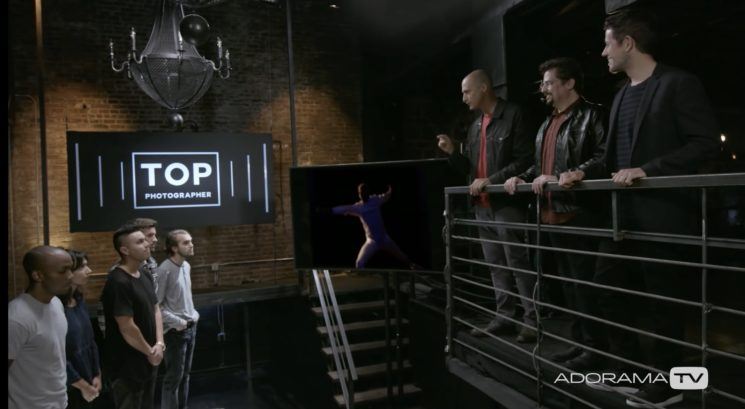 Each photographer was said to be chosen for their strengths in any given genre of photography. But those genres that they excel in might not be a theme in any of the episodes, so they have to step out of their comfort zone and shoot in the studio when they’ve never shot with studio lights or shoot sports when their strength is lifestyle, etc. All five contestants seem to be in their mid 20’s or early 30’s at most. So I have to think a lot of attention was given to demographics in their casting. Apparently no old pro photographers made the cut. But I digress.

As a photographer that loves behind the scenes videos of photo shoots, I was really looking forward to seeing this series. I used to watch “America’s Next Top Model” and fast forward through the crying and drama to get to the photo shoot part so I could see their lighting set-ups. This is not the first time a photographer themed reality series/competitions has surfaced. Back in 2007 there was a show called “The Shot” on VH1 (also created by Nigel Barker). And in 2010, on the more reality TV side, Bravo aired six episodes of “Double Exposure” featuring real life celebrity photo shoots with famed photographers Markus Klinko and Indriani. 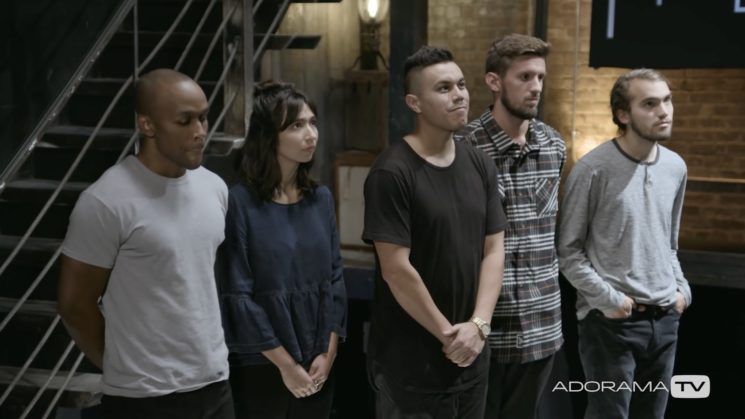 If the format of this sounds a lot like a photographer version of “America’s Next Top Model”, you’re right. Not surprising since Nigel Barker has been a photographer and judge on “ANTM” for 17 seasons. It’s the same formula of introducing the photographers to a new challenge each week, cutting between interview clips of what the photographers were thinking during the process, and then of course, the over-dramatic  tribal drums start playing as they bring out the photographers to face the judges critique of their work. As always, someone wins the challenge and someone goes home, eliminating someone each week till the last week where it will be between the final two photographers. 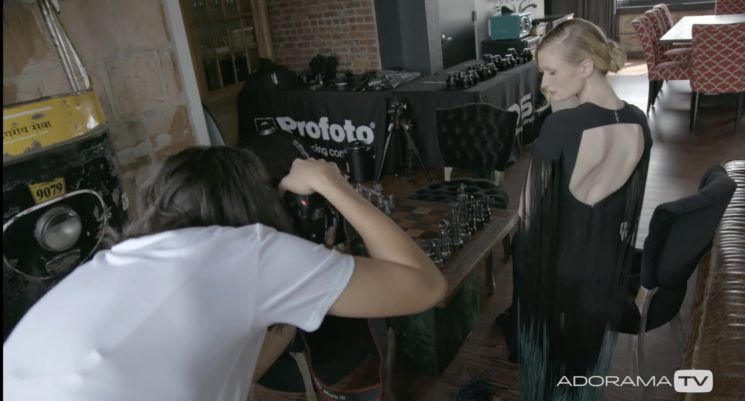 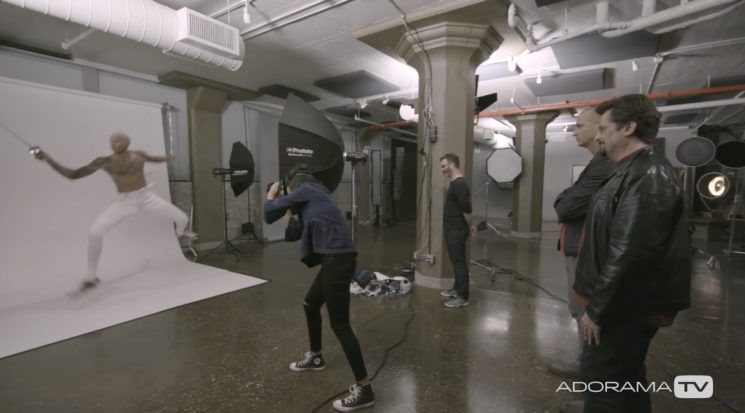 The contestants all have to choose between using a Canon EOS 1DX MKII or a Canon 5D MKIV and a variety of Canon lenses, Profoto lights, and Adorama light modifiers, which is not surprising since they’re sponsors of the show. Other than promoting equipment brands, there doesn’t seem to be a lot of emphasis on the gear or anything technical. So if you’re looking to learn some hot photo tricks, you’re out of luck. Instead the show focuses on the contestants creating a compelling image within the time frame and resources they’re given. They don’t get much time at all to conceive and execute a shot, so the urgency of the time frame plays a big role in the drama, and so does witnessing the strengths and limitations of the photographers creative and technical skill levels. 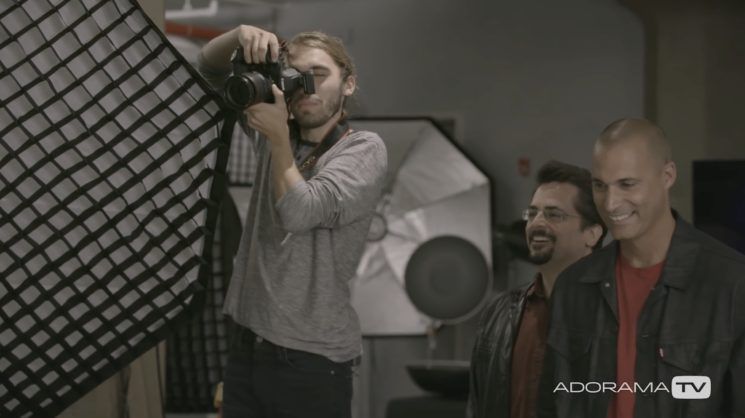 As of this writing, there have been three of the five episodes aired. The challenge of the first episode was to create a compelling action sports photograph of Olympic Fencer, Miles Chamley-Watson in a studio setting. The guest photo judges were David Bergman and Ben Lyons. The second episode was to showcase the fashion line of Pamela Roland and Emily Soto was the guest photo judge. And the third challenge was to shoot a landscape of New York City at sunset atop of the Empire State Building. Guest judges were Jeremy Jauncey and Tom Jauncey. 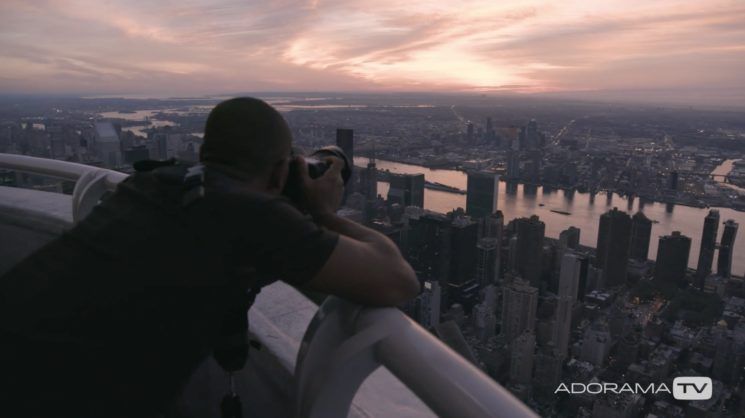 On one hand, I think a lot of photographers will enjoy watching this. If for nothing else, for it’s subject matter of photography. It’s not often we get a show like this, so thank you Nigel and Adorama! On the other hand, I think a lot of photographers will watch this and have their own opinions about what makes a “Top Photographer”. We all know by now that “reality TV” is light on the reality and more about staging situations, fanning drama and creating tension through music and editing. Nevertheless, I’m looking forward to seeing the rest of the episodes, because it’s fun to watch and imagine how ourselves as photographers, would approach each photo challenge.

Have you watched any of the episodes yet? Who do you think will win?

We are giving away two apple TVs (and two SmugMug Business accounts) YAY!