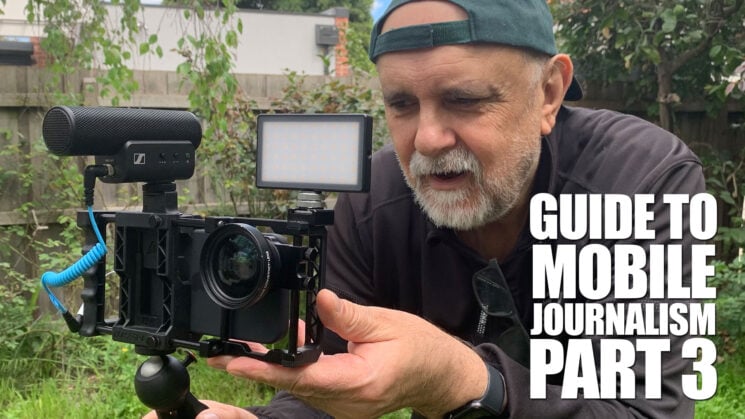 Once you have decided whether your phone is mojo-friendly — enough speed, power, and memory — you might consider the following mojo tools.

For this article, we looked at a number of Sennheiser microphones, some that I’ve been using for mojo work for almost a decade, and a couple of relatively recent additions. A comparative list of microphone options from a number of manufacturers can be found in The Mojo Handbook: Theory To Praxis (Routledge), my latest book.

If you are close enough to your subject, with little or no background noise, the microphone on your smartphone, or the one on your headset should get you out of trouble. However, using third-party microphones can dramatically enhance audio quality: 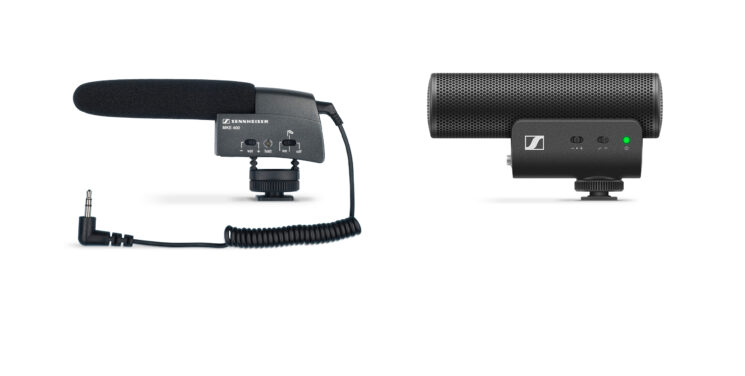 The new Sennheiser MKE 200 ($99.95USD) is a cheaper, smaller version of the 400 — no battery required, in-built mesh wind protector, internal shock mount, it ships with TRS to TRS and TRS to TRRS cables and a windsock. A stubby metal-bodied microphone, its small size makes it ideal to use with smartphones and small-bodied DSLR cameras. Its sturdy design and the fact that it doesn’t use a battery make it fail-safe and ideal for schools and student kits. 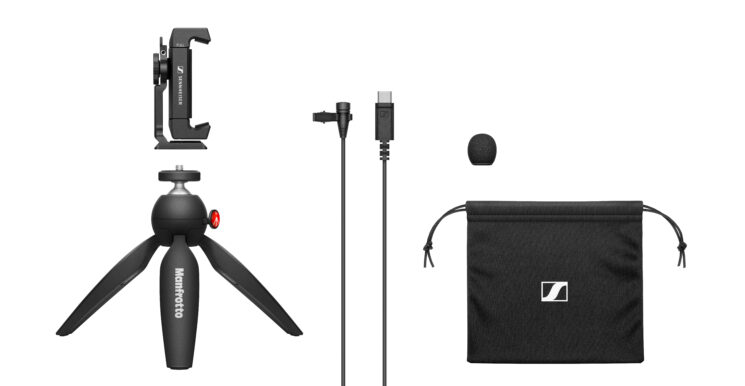 Sennheiser’s new XS Lav Mobile ($49.95USD) is a lapel microphone that you can wear on your shirt. Intended for mojo work it comes with a mini-jack that fits most smartphones, or in a USB-C configuration ($59.95USD) for devices using that connection. It also comes in a combo kit that includes a phone clamp with multiple fixing screws and a Manfrotto PIXI tripod, all for under $100USD. Less than a good dinner. I like the XS Lav because its cable is longer than most lapel mics and can more easily be hidden.

Ivo’s tip: Choose a lapel mic with a longish cable, or buy a short extension, so that the cable can be hidden out of shot. 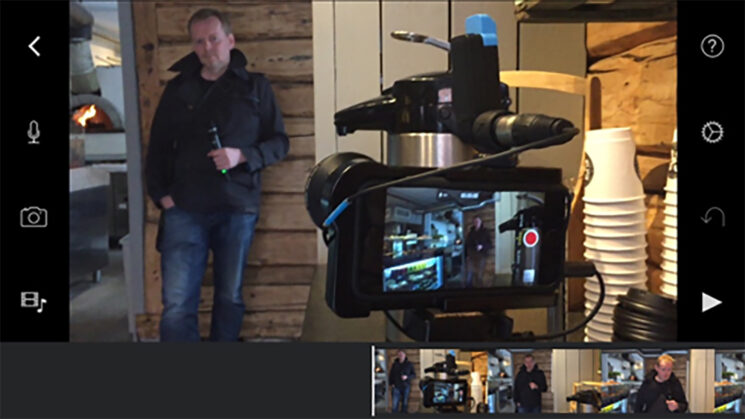 My advice is to buy the best wireless or radio microphones you can because you’ll keep them for some time. Here is a couple that Sennheiser products that I use:

Sennheiser AVX Combo Set ($,1049USD) is a favorite because of its functionality and its compact size. This combo kit includes a handheld microphone as well as a bodypack and lapel microphone. The reduced size makes the AVX wireless system ideal for mojo work, the range is over 100 meters. I use this set a lot and recommend it highly for mojo work. Here’s an article and video on the AVX. 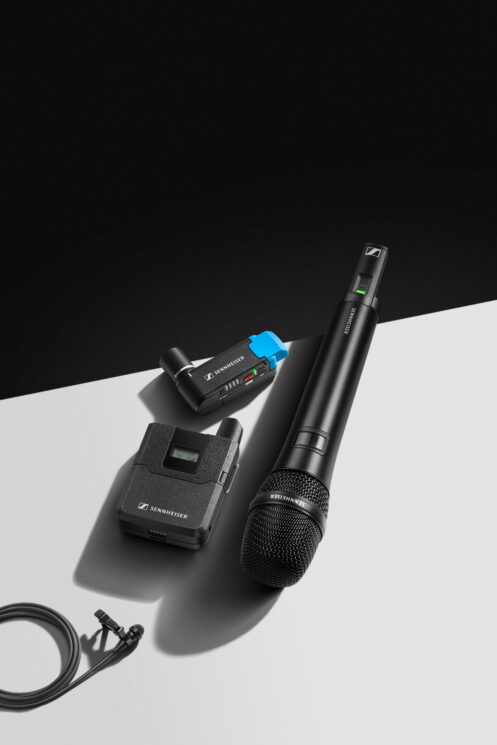 The Sennheiser XSW-D ENG Set ($470USD) is a small digital kit in the 2.4GHz band, that includes plug-on transmitters for any dynamic mic and the included ME2-II omni-directional lapel condenser mic. Rechargeable batteries with 5 hours run time. Link up to five systems. I have tested it effectively to beyond the 75m range that Sennheiser recommends.

Recently, Sennheiser has added the XSW-D Portable Lav Mobile Kit ($329.95USD) to its portfolio, which includes a mobile-optimized connection cable. 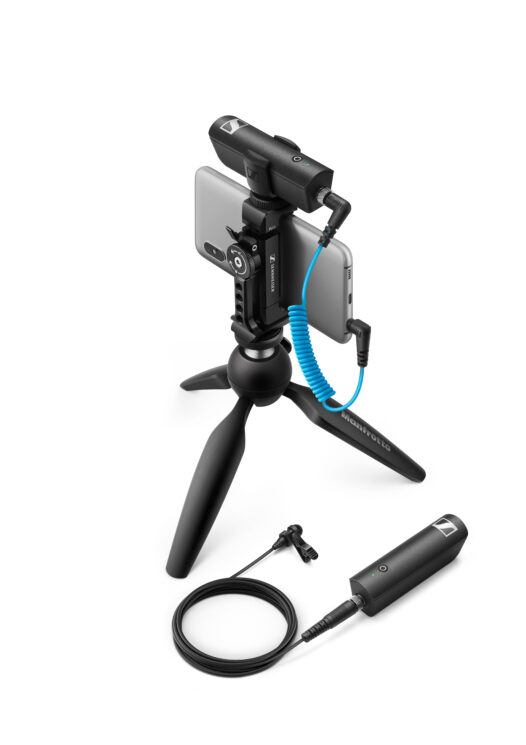 Cradles enable a steadier shot when working handheld and provide attachment points for lenses, microphones, lights, and tripods. Attaching a wide-angle lens to the cradle adds stability and enables mojos to get closer to their subject while maintaining a medium close-up (MCU) interview frame. Being close to the sound source improves audio quality. New smartphones ship with effective stability optics and electronics and a variety of onboard lenses, so cradles are not always needed. In fact, sometimes their bulk can paint a mojo who’s working in conflict zones, as a target. If you require attachment points and don’t need additional lenses, then a cheaper clamp, like those in the Sennheiser Mobile Kits, might be for you.

There are many cradles or rigs on the market. I use the Beastgrip Pro bundle ($248USD), which includes their Kenko Pro series 0.75 wide-angle lens. I like the additional weight that I’m used to that gives my smartphone a heavier feel, making it easier to control when shooting handheld. If you are teaching mobile storytelling at a school or university and need to supply equipment to students, who use a range of phones, Beastgrip Pro is a strong contender because it takes a variety of phones. Another cheaper effective option is the smaller, cheaper mobile kits and clamps.

Ivo’s tip: When cradles are loaded with a smartphone, light, and microphone, they make the mojo look more professional. In conflict regions, all that gear can cry out ‘target’.

I use a short Beastgrip BT 50 tripod ($60USD) that can be attached to a cradle and used as a handle to help stabilize shots. I also use a Manfrotto PIXI tripod ($35USD) and love it because of the red articulation button that makes it quicker to adjust than the BT 50. If you need extra height for a stand-up, stick it on a car roof, a wall, or on a filing cabinet. I also use a Pro Master Professional XC525C Carbon tripod ($390USD) because it’s light, folds relatively small and has a removable monopod leg. 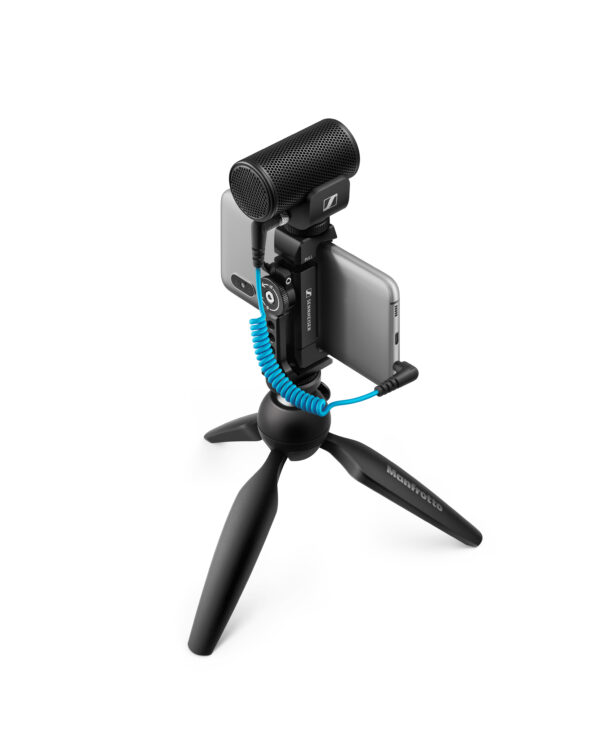 On-camera lights come at various price points from $30USD to $250USD. I look for the ability to choose intensity settings because interviewees can find bright light distracting. I use a Manfrotto Lumimuse 8 ($140USD). I also use a Lume Cube Panel Mini ($59.95USD). It’s the thickness of a bunch of 10 credit cards, has an adjustable color temperature ranging from 3200K to 5600K, and adjustable brightness from 1% to 100%, so you can avoid blinding your interviewee.

There are a number of gimbals on the market that enable the operator to walk or run smoothly with the smartphone. I use the DJI Osmo Mobile 3 ($99USD), because it’s cheap (most are a similar price), folds up, is easy to use for occasional operators. Find one you like and buy that. 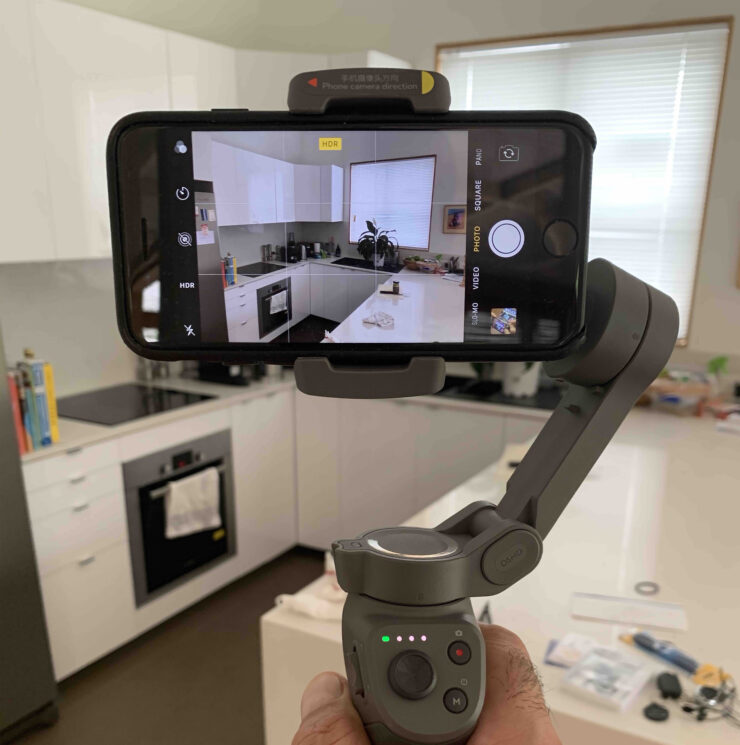 You can make up your mojo kits depending on your need and the amount of money you wish to spend. Here are examples of a basic, intermediate and advanced mojo kit. You can of course mix and match the level of equipment and brands, depending on your requirements and price points. 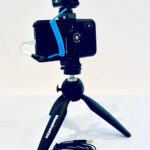 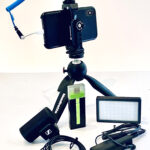 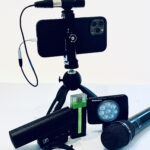 The app industry began in 2008 after the launch of the iPhone. Today, there are more than six million apps for Android, iOS, and other platforms.

I use the native camera app that ships with the iPhone, except when I need a higher level of control, in which case I use the following:

Ivo’s tip: Learn to shoot with the camera app that ships with your phone and concentrate on exposure, framing, and recording shots that tell a story. When you run out of functionality, look for a more powerful app.

I record audio using my camera app. If you need 96kbps audio, Lossless (ALAC/CAF) or Wave formats, you might try one of these two excellent audio apps:

The following are the most functional edit apps on the market for advanced mojo work:

Key features to look for in edit apps: 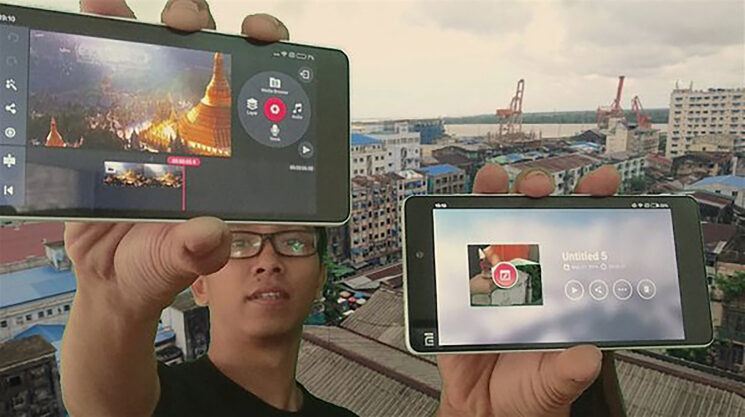 Smartphones get clogged with media and we often delete valuable content to free up space. Don’t delete your media — you might need it to update your story, or to sell. I use transfer devices to shift and store media and clean out my smartphone. A Lightning version for iOS devices is iXpand by Sandisk; Airstash by Maxell is a WiFi version that works across platforms. 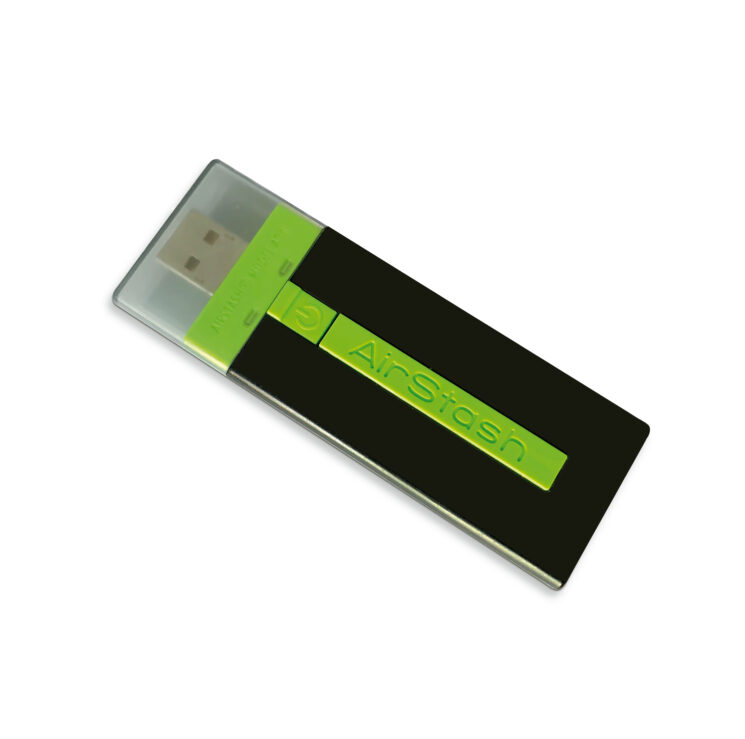 Ivo’s tip: Do not delete media from your smart device until you have rendered your edit project, your timeline, into a video!